Articles
Summer Hull , aka Mommy Points, ran the Mommy Points site for families who want to travel more for less using miles and points for seven years. She now heads up a variety of special projects at TPG when she isn't exploring the world with her own two girls.
Follow
Sept. 02, 2016
•
4 min read 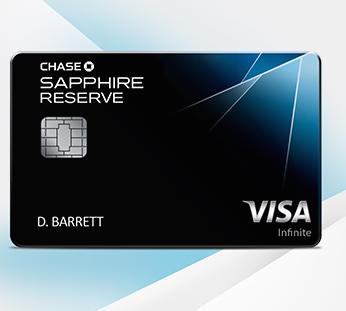 Chase Runs Out of Sapphire Reserve Metal Cards
This post contains references to products from one or more of our advertisers. We may receive compensation when you click on links to those products. Terms apply to the offers listed on this page. For an explanation of our Advertising Policy, visit this page.

I think pretty much every miles and points fan knew that the Chase Sapphire Reserve card was going to be an insanely big freaking deal. I mean, it's a new rewards credit card no one has had before, it comes with an easy to use $300 travel credit each year, it offers a huge 100,000 sign-up bonus points, its points are worth more when redeemed for travel than any other Chase card, and it has lots of other built in perks that add real value for travelers. This card was going to be a no-brainer-slam-dunk-home-run-machine for reeling in new applicants, even with its $450 annual fee.

We all knew that, but all signs point to Chase not knowing that. I mean having tempered expectations can be a good thing, but in this Bloomberg article a Chase rep is quoted as saying it has "significantly exceeded our strongest expectations", and that they approved "tens of thousands of applicants" in the first two days. Wonder how many they declined?!

Demand was so high that they have actually run out the packaging and the metal card itself. My husband received his new Chase Sapphire Reserve Card a few days ago, and it arrived in a very nondescript white envelope with no fanfare. That was fine with us, but it was in stark contrast to the over-the-top boxes that some Chase cards, like the United Club Card and even the Hyatt Card, have had in the past. Turns out, they had run out of the fancy Sapphire Reserve boxes within the first couple days as he applied on the second or third day the card was available and they were already gone.

Then, they ran out of the metal cards themselves. They are sending out regular plastic versions of the card in plain envelopes until more metal cards become available...so let them know you want a metal one down the road if it doesn't arrive automatically.

That is all no big deal in the grand scheme, but it is still very interesting to me that the demand is significantly stronger than expected, and that statement is backed up by them having run out of the original materials within the first week or two. This all worries me a tad that they will reign in some of the big sign-up bonus sooner rather than later. I know others have this fear, too, because when the card's application was briefly online unavailable yesterday it didn't take more than a few seconds for online buzz to start that they had pulled it intentionally due to massive demand.

This was not the case as the application was back up before too long, but why would any for-profit company give away more perks or bonuses than they need to get the desired effect? They wouldn't. If they decide that all the demand for the card would still be there at say 75,000 bonus points or some other threshold, why not save some money in their pockets and bump down the bonus a few notches? I'm sure they have thought of that, and I'm pretty sure that is what will ultimately happen.

I imagine the plan was never to stay at 100,000 sign-up bonus points forever, but it would not shock me if the overwhelming demand influences a shorter stay at that bonus level than there might have been if demand wasn't as high as they had hoped. Of course, I hope I'm wrong and the bonus and perks stay as-is indefinitely, but I'm not counting on it. You don't have to look far to see what happened to the once too-good-to-be-true Citi ThankYou Prestige Card perks that took a big hit over the summer.

I'm just hoping the big bonus sticks around until I am under 5/24, but I can guarantee I won't wait a minute longer than that to pull the trigger on this card and its bonus!