Free nights and easy status: Here’s why I have 4 Marriott Bonvoy credit cards

Articles
Ethan Steinberg has been a frequent flier for as long as he can remember. He went from studying abroad in Paris to moving to Shanghai after graduating college, where he covered all things travel in the Asia-Pacific region for TPG.
March 21, 2022
•
10 min read 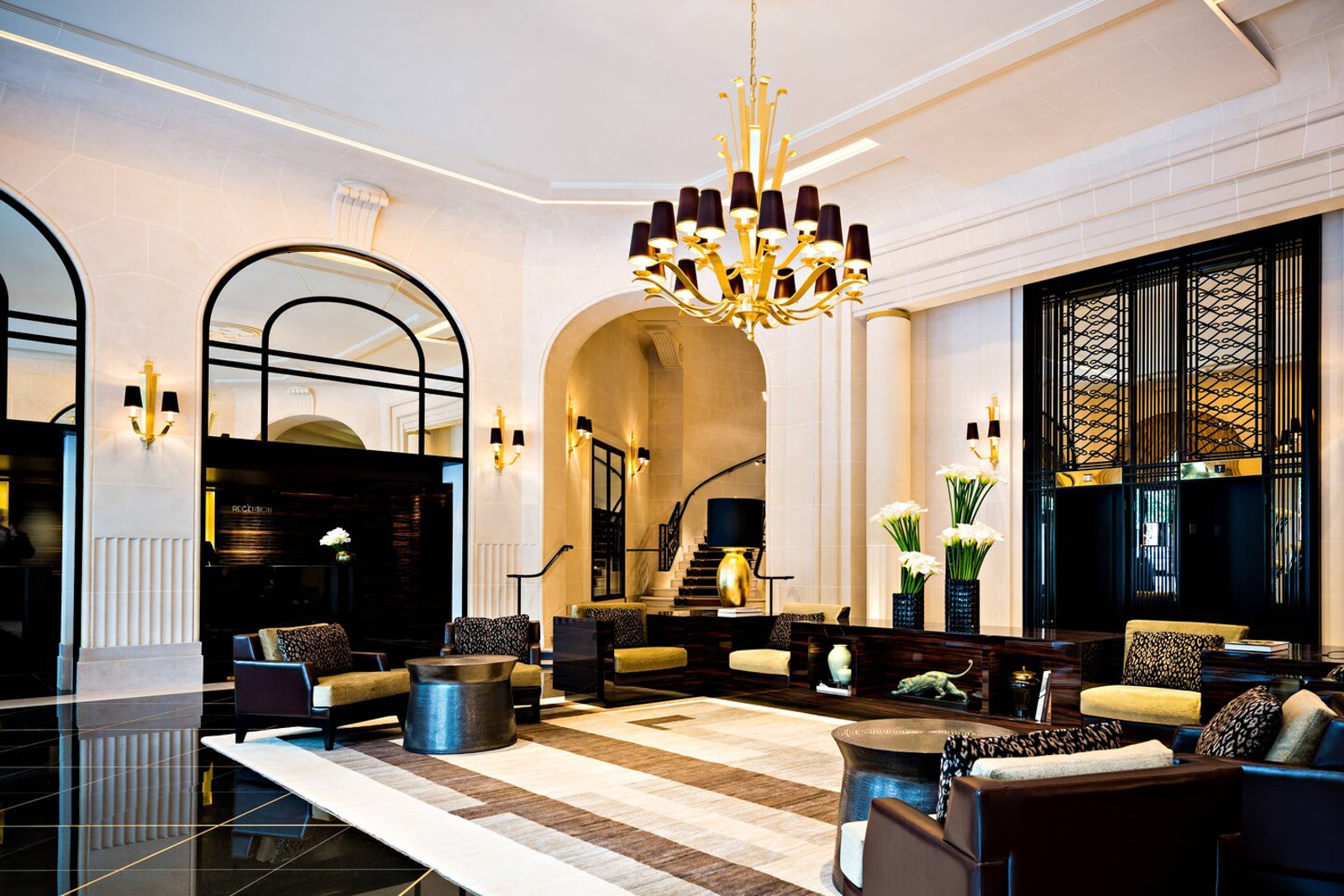 While it’s been several years since the Marriott-Starwood merger was completed, many people still have the same hotel credit cards they held pre-merger — including the legacy Chase-issued Marriott cards and American Express-issued Starwood Preferred Guest cards (though all have since been rebranded under the Marriott Bonvoy name).

Even after the merger, both Chase and Amex continued to issue Marriott cobranded cards. While some, like the Marriott Bonvoy Amex and the Chase Ritz-Carlton Card, have since closed to new applicants, the following cards are still accepting new applications:

While there are slight differences among these cards, there are also a lot of similarities.

Each card also offers 15 elite night credits each year. What's more, Marriott now allows you to earn up to 30 elite nights from credit cards per year, but you can only stack them by adding one set of 15 night credits from any personal cobranded card and one set of 15 night credits from any business cobranded card. So carrying the right combination of Marriott cards can get you to Marriott Platinum status in a hurry. You can also earn one night's credit towards elite status for every $5,000 you spend on purchases with the Marriott Boundless card.

Given the redundancy in these cards' benefits, many people might think they only need one Bonvoy credit card in their wallet. Here's why I disagree and happily pay the annual fee on not two or three, but four different Bonvoy credit cards each year.

Before we dive in, I want to highlight the current welcome bonuses on the Marriott Bonvoy cobranded credit cards.

As a Marriott Bonvoy Titanium Elite, I plan my travels from start to finish on Marriott.com.

I currently have four Bonvoy credit cards — three from Amex and one from Chase — and I’d happily get more if I were allowed. Most of these cards sit on my desk and don’t see much sunlight (although I do put a good amount of spending on my Marriott Bonvoy Business Amex), but there are two main reasons that I’m happy to pay the annual fees year after year.

The first reason has to do with the elite-night stacking policy I mentioned above, where you can earn up to 30 elite night credits from credit cards each year. Receiving 30 elite night credits automatically each year qualifies you for Marriott Gold Elite status right off the bat (if you didn’t already have it from holding a card such as the Marriott Bonvoy Brilliant American Express Card or The Platinum Card® from American Express; (enrollment is required).

But better yet, if you’re getting 30 elite night credits each year, that means you only need to stay 20 nights in Marriott Bonvoy hotels (averaging out to between one and two nights each month) to reach even higher Marriott Platinum status.

This is where the benefits really start to get good, including a 50% points bonus on stays and purchases with Marriott, a good chance at room upgrades, free breakfast, and more. I’ve been very pleased with how I’ve been treated as a Marriott elite member, which makes Platinum status and its wonderful world of benefits very accessible to the average traveler.

One of the other reasons it makes sense for me to carry four Marriott cobranded cards is that each one affords me an annual free night.

TPG values Marriott points at 0.8 cents each, meaning that a 35,000-point award night is roughly worth $280. Compare that to the annual fees on these mid-level cards, ranging from $95 to $125. If you ignore every other perk of these cards and only focus on the annual award night, you’re getting twice as much value as you’re spending on your annual fees.

Due to Marriott's imminent changes, where it will be moving away from award charts with fixed redemptions based on categories to a more dynamic pricing model, it's going to get harder to predict where these certificates will come in handy. Right now, though, 35,000 points puts you roughly in the middle of a Category 5 redemption, and that should remain somewhat consistent in the near term.

Even if you are not traveling extensively right now, it’s still very easy to get a great return for these certificates. Take, for instance, the W Chicago - Lakeshore. Room rates there regularly top $200 per night, but cost just 30,000-35,000 points on most nights.

When you add in the suite upgrades, bonus points, and the award breakfast I get as a Titanium Elite, my actual value ends up being a few hundred dollars above whatever the cash rate would have been. If you’re telling me I can pay around $100 a year for a hotel stay that would cost around $500 if paid with cash, that’s just a no-brainer.

This is also why I concentrate a lot of my spending on my Marriott Bonvoy Business American Express Card, often choosing to use it for everyday spending even if it’s not the card in my wallet with the highest earning rate.

Related: Here’s why you need both a personal and business Marriott Bonvoy credit card

The same logic applies to the Bonvoy Brilliant, although there is one extra step involved.

That card carries a $450 annual fee and offers an up to 50,000-point annual award night (note that certain hotels may also have resort fees). After the Marriott changes go into effect, this certificate could be topped up to as many as 65,000 points, though.

The card also comes with up to $300 in Marriott property statement credits each card membership year, valid on room rates and incidental charges such as food and drinks at hotels participating in the Marriott Bonvoy program. This is as good as cash to me and drops the out-of-pocket cost on the card to $150. In exchange for that, you get an award night, which TPG values at $400 but can potentially be worth a lot more.

Those 50,000 points unlock many more luxury properties, including Ritz-Carlton and St. Regis hotels. For instance, the Ritz-Carlton, Dove Mountain outside of Tucson, Arizona, posts room rates that regularly top $700 for which you could redeem a 50,000-point credit card award night instead.

I have personally used my 50,000-point award night certificate to stay at the St. Regis Langkawi in Malaysia, booking a room that would have otherwise cost $650. We were then upgraded to a massive suite with a private pool and cabana and enjoyed one of the best hotel breakfasts I’ve ever had — all without paying a dime for the stay.

To me, the Marriott Bonvoy credit cards are some of the easiest ones to keep open year after year thanks to a few key benefits they offer that more than offset their annual fees. Their annual award nights plus the elite status I can attain by stacking credits from each mean I can count on a few free stays and value-added perks like free breakfast and upgrades year after year. That's why I'll continue to carry four Marriott Bonvoy cards for years to come.

Featured image by (Photo courtesy of the Prince de Galles Paris/Marriott)
Editorial disclaimer: Opinions expressed here are the author’s alone, not those of any bank, credit card issuer, airline or hotel chain, and have not been reviewed, approved or otherwise endorsed by any of these entities.