Romance in the Air: Dining by Candlelight on Turkish Airlines 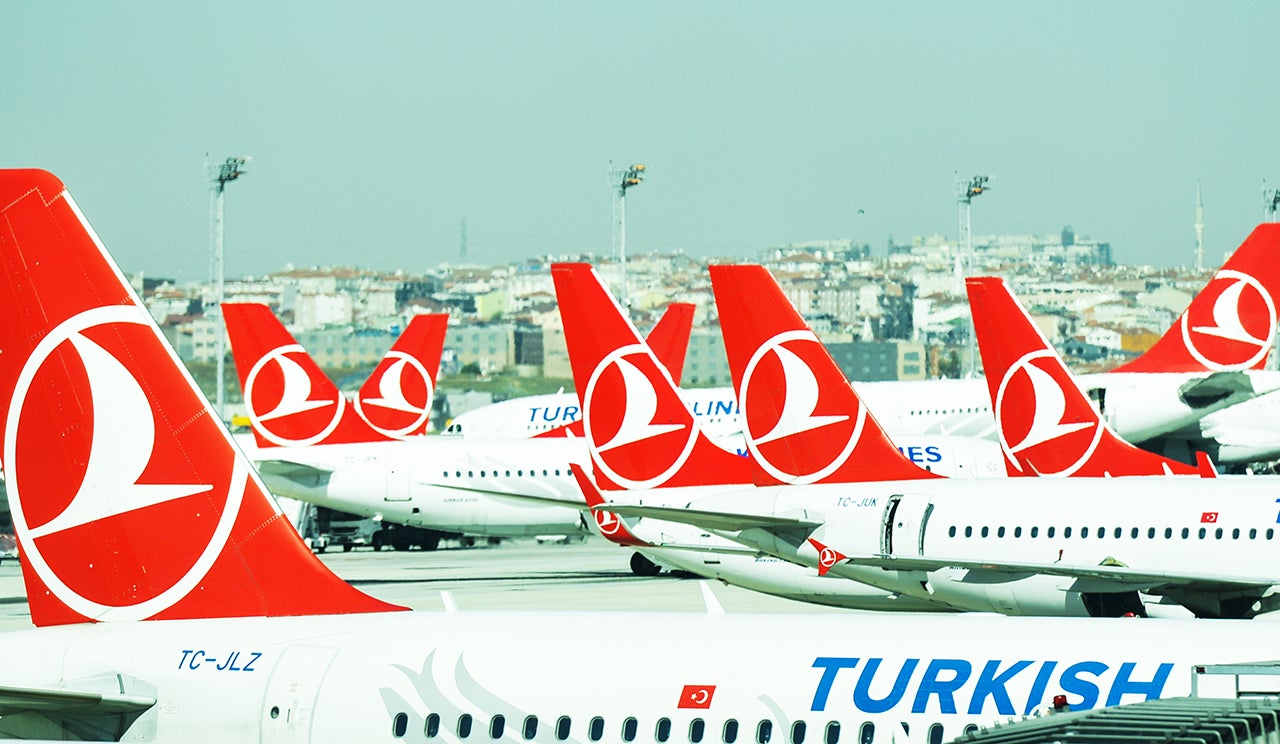 Romance in the Air: Dining by Candlelight on Turkish Airlines
This post contains references to products from one or more of our advertisers. We may receive compensation when you click on links to those products. Terms apply to the offers listed on this page. For an explanation of our Advertising Policy, visit this page.

For most passengers, flying business class means having a few pre-flight drinks in the lounge, eating too many courses on a plane and then getting a little sleep on lie-flat seats. Turkish Airlines, with its flying-chefs service in business class, wants you to have something else on your flight: a little romance. On flights of eight hours or more, upper-class flyers can now enjoy their dining experience — alone or with a loved one — by candlelight.

Over the past decade, airlines have elevated the dining game on long-haul flights. In 2010, Turkish Airlines became one of the many flight providers to offer chefs to prepare food for its top cabins. Since then, they've hired 400 chefs — all with culinary degrees, at least two years of professional experience and fluency in English and German.

Still, the airline wanted something even more creative to set it apart from its competitors and attract attention. Enter the candlelit dinner.

After takeoff, when passengers are unbuckling their seat belts and selecting their movies, flight attendants bring around canapés. After that service, they set down silverware, a bread basket and, at the top of the tray table, a candle. Then they refill glasses of Champagne, dim the lights and let passengers enjoy a three-course dinner while enveloped in the soft glow.

Of course, given this is on an airplane, safety regulations do apply. The candles aren’t really candles but battery-powered lights surrounded by paper enclosures that read “Candlelit dinner high above the clouds.”

The reviews have been mixed. Online, some diners have called the faux candles ugly, adding more clutter to a crowded tray, and neither classy nor romantic. Those who enjoyed the experience say it's not really about the individual candles, but the look created by having one on every table in the same cabin.

As a Turkish Airlines spokesperson puts it: “The whole cabin looks magical with all the glowing candles.”

Indeed, the ambience is peaceful, soft and private; you can hardly see the faces of other passengers.

Executing a romantic dinner from 35,000 feet is no easy feat: The chefs, many of whom are used to working in well-equipped hotel and restaurant kitchens, must cook in tight galleys.

There's limited equipment on board; chefs basically have a trolley to use as a counter, a water heater and a convectional oven to warm up items prepared earlier. When turbulence hits, everything must be secured behind latches.

Still, working thousands of miles in the sky has advantages. Chefs get to go on five to six long-distance trips a month and explore when off duty; they also get to practice their artistry for literally captive audiences. The airline has attracted impressive names: On the current roster are folks like Kadir Erat, who received high honors from Le Cordon Bleu, and Beste Önkol, who was previously a television personality on Turkish cooking shows.

Currently, there are 112 menu combinations served on flights. Some passengers might start with a Turkish meze platter; others a pumpkin or creamy tomato soup. Mains vary from steak and rosemary potatoes to salmon with courgettes and desserts might be chocolate fondants with hot chocolate sauce or blueberry cheesecake.

Still, there are a few rules: There are no frozen ingredients, and bread baskets, full of spices, Turkish olive oil and Turkish butter, are always served.

With its culinary program receiving top awards — in 2014, for example, it received the Skytrax World Airline Award for Best Business Class Onboard Catering — the airline turned its attention to presentation. It commissioned sleek white porcelain tableware and brought on samovars, intricate metal containers used to heat water, to brew fresh tea. The company even replaced footrests with colorful ottomans so passengers could relax even more while enjoying their food.

While it may not woo every passenger, it seems everyone agrees on one thing: It certainly is a creative attempt to transform the dining experience in the sky.

Featured by photo by Artur Widak/NurPhoto via Getty Images