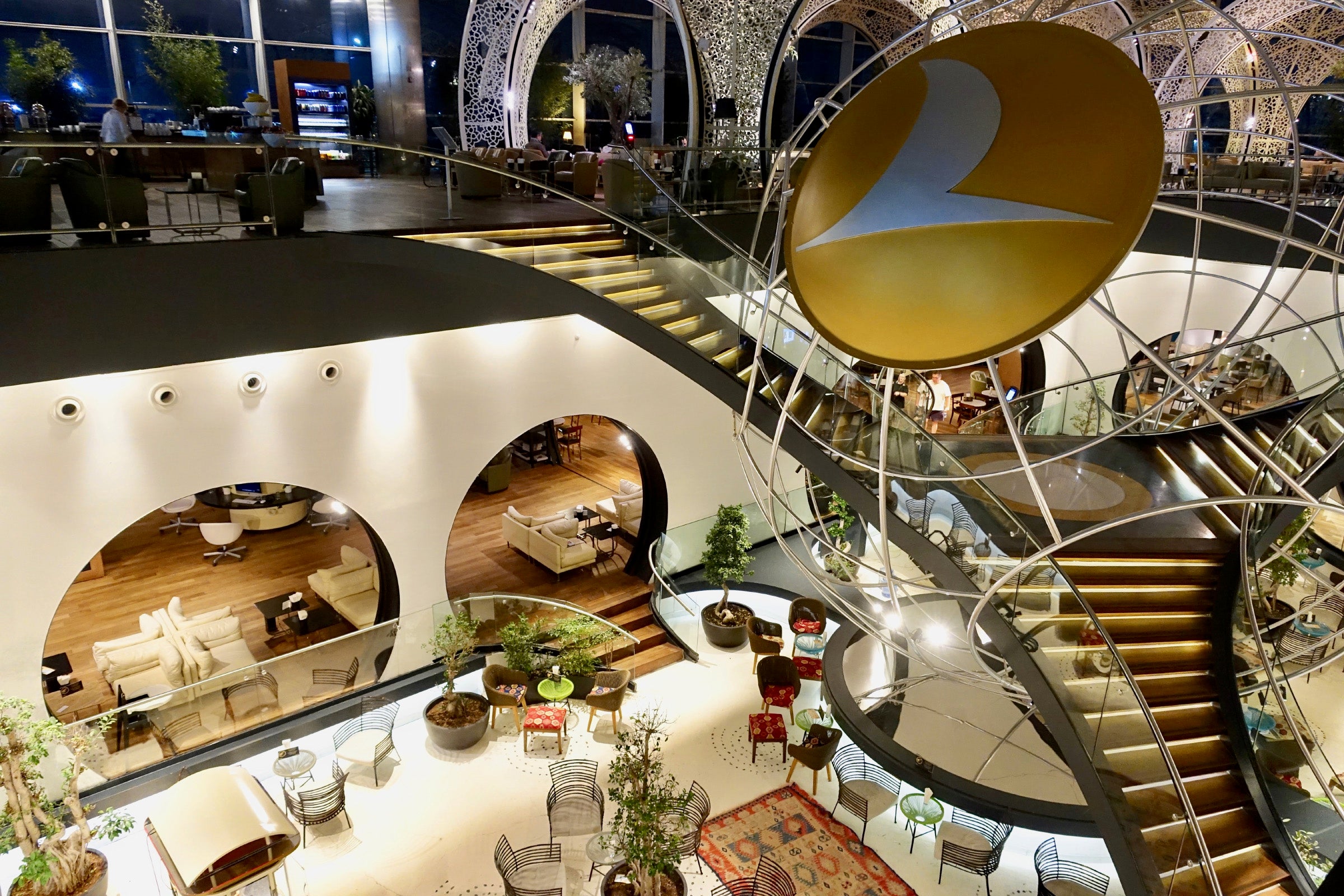 As a frequent premium-cabin traveler, I'm a bit jaded when it comes to airport lounges. Now, unless I'm working on a flight review, I might skip the lounge altogether, opting instead to arrive 30 or so minutes before boarding.

I had an entirely different approach at Istanbul's Ataturk Airport (IST), though — Turkish Airlines' main international hub is home to what's been repeatedly labeled as one of the world's best lounges. It's even a national icon of sorts — Turkish's first order of business following the attempted 2016 coup was to rename this space the July 15 Heroes of Democracy Lounge, and while staff now refer to it simply as the "Turkish Lounge," it remains an impressive fixture at an otherwise underwhelming terminal.

I arrived at the lounge right when it opened, around 5:00am, at which point it was almost completely empty. While I enjoyed the peace and quiet, it didn't last for long — the lounge was packed within an hour, which made more sense once I discovered how easy it is to get in. Technically, the lounge closes at 1:00am, but, from what I heard, you could stay if you were already inside.

Inside the lounge was another area that required special credentials for access: sleeping rooms. While there were several open during my visit, I wasn't eligible for access — though I did convince the agent to let me snap one pic. In order to use one of the sleeping rooms, I would have needed to be connecting at IST for between four and seven hours ahead of a long-haul flight of at least eight hours. So, yeah, it wasn't a surprise that they were all empty ahead of my morning departure to New York-JFK.

Spread between two gigantic floors, this was easily one of the most sprawling and well-equipped lounges in the world.

If you were split off from your party, it could easily take 10 minutes to find them again — it was that big.

There was a TV room with nine large televisions (and headphones to listen in), multiple dining rooms, spaces to relax and more.

Personally, I preferred the lower level.

I didn't even realize there was a lower floor at first, but once I was well into the lounge, there was a gigantic staircase that was impossible to miss.

Down those stairs was a main lounge area with rounded doorways that led to other sections, such as the cafe-style dining room below.

There were more areas to relax, too, so it was worth going downstairs even if you didn't plan to eat.

While the upstairs rooms were packed after my first hour in the lounge, downstairs was a bit more manageable, though still quite crowded. Some of the amenities didn't seem to draw much of a crowd, though, such as the golf simulator ...

... and the lie-flat massage chairs.

I also found that there wasn't a wait for the showers downstairs, while the upstairs showers had a 20-minute queue.

One of the more disappointing amenities was the Wi-Fi, though — it was surprisingly slow.

Like in Turkish's business-class cabins, food in the lounge was supplied by Do & Co — usually pretty fantastic. While there were loads of options on both levels, I first came across one of several olive bars, with a handful of Turkish and international varieties.

I found the greatest variety of foods downstairs, so that's where I spent most of my time.

Most lounges exclusively offer food via a buffet, but Turkish had an assortment of made-to-order items as well.

The highlight for me was the station for Turkish wraps. Made just moments before, each sandwich was hot and delicious.

There were other Turkish items as well, including fresh simit bread. There was also an omelet bar, along with hot breakfast items. The omelet was a bit bland but fine overall — I was really disappointed in the other breakfast items, though. All of them were lukewarm at best and generally lacking in flavor. Those extra-runny eggs didn't look terribly appealing, either.

Finally, even though it was barely 6:00am, there was a decent selection of cakes and pies, all of which were fantastic (yes, I tried them all).

There were also self-serve bars located throughout the lounge, with a mix of midrange spirits.

I was impressed with the lounge when I first arrived — the place is enormous, and, at 5:00am, it was empty enough that I could've had an entire room all to myself. Both levels filled up quickly, though, and by 7:00am there was hardly anywhere left to sit.

If you're able to visit late at night or early in the morning, when the lounge is especially quiet, I would definitely budget extra time to check it out. I really struggled to enjoy myself once the crowds began to pile in, though, so if you're passing through Istanbul during peak travel times, I wouldn't go out of my way to spend time in this lounge.

Note that, like Ataturk Airport as a whole, this lounge's days are numbered — Istanbul New Airport, also known as "Third Airport," is expected to replace Ataturk as soon as this year, at which point all operations will transfer from Ataturk to the new field and terminals, which will also carry the IATA code IST. Hopefully New Airport's Turkish lounge will be even more spectacular — and sizable — than the space available today.