Breakfast of Champions: A Review of Lufthansa's 747-400 in Economy From Seattle to Frankfurt 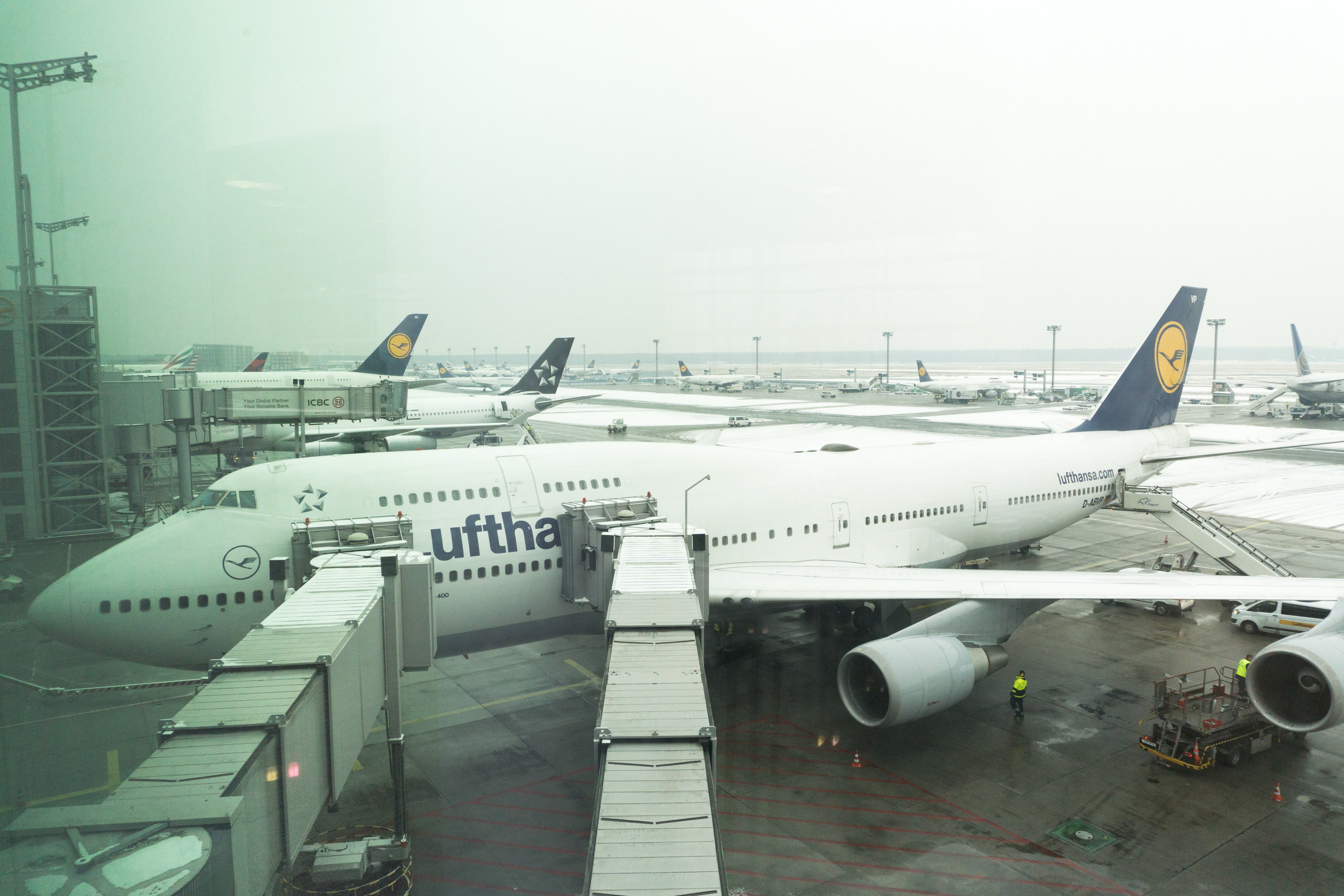 The war for transatlantic business has been heating up in Seattle in recent months, with Norwegian, Virgin Atlantic, Aer Lingus and Air France ramping up service. Lufthansa is a relatively old player in the market, having begun serving Seattle-Tacoma (SEA) in 2008 with an A330 to Frankfurt (FRA). It's since increased capacity to a daily 747-400, which is now a somewhat rare sighting in Seattle. LH 491 departs in the early afternoon and gets you to Frankfurt early enough to catch morning connections to the rest of Europe. I have noticed award availability is usually pretty solid within two weeks of departure. On this trip, I was flying to Manchester Airport (MAN) and eventually onto Liverpool by train for a few Liverpool FC matches.

For this one-way to Manchester, I used 30,000 Avianca Lifemiles along with $68.01 of taxes and fees. I bought these Lifemiles on a recent sale for $.01375 a piece, so the ticket effectively cost $480.51. I could have also theoretically used United MileagePlus Miles, Singapore KrisFlyer Miles or Air Canada Aeroplan Miles for this flight. I charged the taxes and fees onto my Citi Prestige card, which offers great insurance for award tickets and earns 3x ThankYou points on airfare purchaes. Before I booked this ticket, I considered an Icelandair itinerary through Reykjavik priced at $440 with similar times.

However, I decided to shell out the extra $40 on the Lufthansa flight, since it's a more comfortable ride in my opinion, and I had access to the airline's Senator Lounge in Frankfurt thanks to my United Gold status. After booking, I hopped on ExpertFlyer and set seat alerts for my favorite two economy seats, 33A and 33K, which are window seats without a seat directly in front. Usually these are blocked for Lufthansa Elites, but 48 hours before departure they opened up and I was able to grab one online.

I checked in for this flight on the Lufthansa app with my passport and Known Traveler Number, and sure enough my boarding passes were delivered with TSA PreCheck. Once I arrived at Sea-Tac, I asked how much an upgrade to business would cost. (There was nobody else in line in the business/Star Gold check-in area.) The business-class cabin was sold out, but the agent mentioned they usually sell for $1,199 from an economy fare on this route.

Star Gold and business-class passengers could access The Club at SEA in the S concourse at Sea-Tac, which was also accessible with a Priority Pass membership. I've found that lounge pretty average from recent experience, so instead I decided to head to the Centurion Lounge, accessible to those who have The Platinum Card® from American Express, which offers a generally excellent spread of food.

The drink menus at Centurion lounges are always great, and the Seattle location was no different. The lounge area was quite full, so I enjoyed a light meal and a killer old-fashioned in the bar area of the lounge.

The flight was scheduled to board at 1:30pm, though I received a notification from Lufthansa that the flight was ready to board around 1:15pm. I quickly finished my drink and hopped on the train to the S concourse. This flight used a longer jet bridge, so it was tough to catch a good glimpse of the bird I'd be flying.

Lufthansa boarded business-class and Star Alliance Gold customers with the rest of the aircraft grouped by row. (There are no first-class cabins on the 747-400s.)

Premium economy was arranged in a 2-4-2 configuration. The seats looked comfortable, though I was glad I wasn't in either of the middle seats.

The rest of the economy cabin was set up in a 3-4-3 configuration, similar to coach cabins on most other airlines operating 747s. The interior looked dated, but was holding up decently considering Lufthansa took delivery of this aircraft, tag D-ABVP, in 1997.

After I popped my bag in the overhead bins, I made my way to seat 33A, which was stocked with a small pillow and blanket.

Below the seats were power outlets, which unfortunately didn't work. On the armrest were the call button and a few standard controls for the overhead light. There was no personal ventilation, but the temperature was comfortable throughout the flight.

My screen slid out from beneath the seat, since I didn't have another seat directly in front of me. There was a wide selection of content in a variety of languages, along with live streams of CNN and sports. I also found a few Lufthansa shorts about operations at Frankfurt that AvGeeks might enjoy. Each screen had a USB port.

About an hour after takeoff came an early dinner service. It started with the flight attendants coming by to hand out warm towels and was followed by a drink cart (I had a mediocre but drinkable red wine, which was served with a small bag of pretzels).

As I usually do on economy flights, I requested a special Hindu meal, which I like better than the standard offering on most airlines. My meal came out before the rest of the cabin and was pretty heavy on the carbs. It consisted of a few pieces of pita bread, a large serving of white rice with small dollops of spinach and lentil curries, a chickpea salad, raita and a sweet noodle dessert. It was perfectly edible, but not memorable. Other economy passengers had a choice of a chicken or vegetarian pasta.

One nice thing about Lufthansa is that they offer Bailey's and cognac along with coffee and tea after dinner. I went with a glass of Bailey's on the rocks.

About two hours before landing in Frankfurt, the lights flickered on and the FAs came through offering another round of warm towels and drinks. For breakfast, everyone was given an omelet with a side of tomatoes and stewed spinach, all of which was bland. It was served with a small fruit cup and a warm and crusty roll.

After a smooth arrival in Frankfurt, I made my way to the Senator Lounge in the B concourse, where I was to catch my flight to Manchester. The lounge had an open, modern feel.

I had requested a shower, which was immediately available. The shower rooms were sparkling clean and had L'Occitane toiletries.

There was a large shower with both a handheld faucet and a rainfall shower that would have easily passed the TPG shower test.

The food offerings were pretty basic, but everything tasted fresh and was relatively healthy. There was an assortment of breads, soup, yogurt and fruit, along with warm items like eggs and bacon. The muesli was especially good.

But when you're in a Lufthansa lounge, how can you pass up the pour-your-own German beer and a fresh pretzel? A breakfast of champions.

Lufthansa's 747-400s provide a run-of-the-mill hard product in economy. Seats in rows 29 through 32 provide exceptional legroom and definitely make for a more comfortable flight. The flight attendants were accommodating, and I saw them go out of their way to help an elderly women swap seats with another passenger so she could sit by her husband. Their positivity created a genuinely warm environment.

Even with a plethora of transatlantic options in Seattle these days, Lufthansa is my favorite because of its convenient schedule and connectivity across Europe. Most importantly, there is a pretzel and a freshly poured pint at the end of your journey, if you have the right status with Star Alliance.