Fly This, Not That: Comparing Emirates' 4 Business-Class Seats 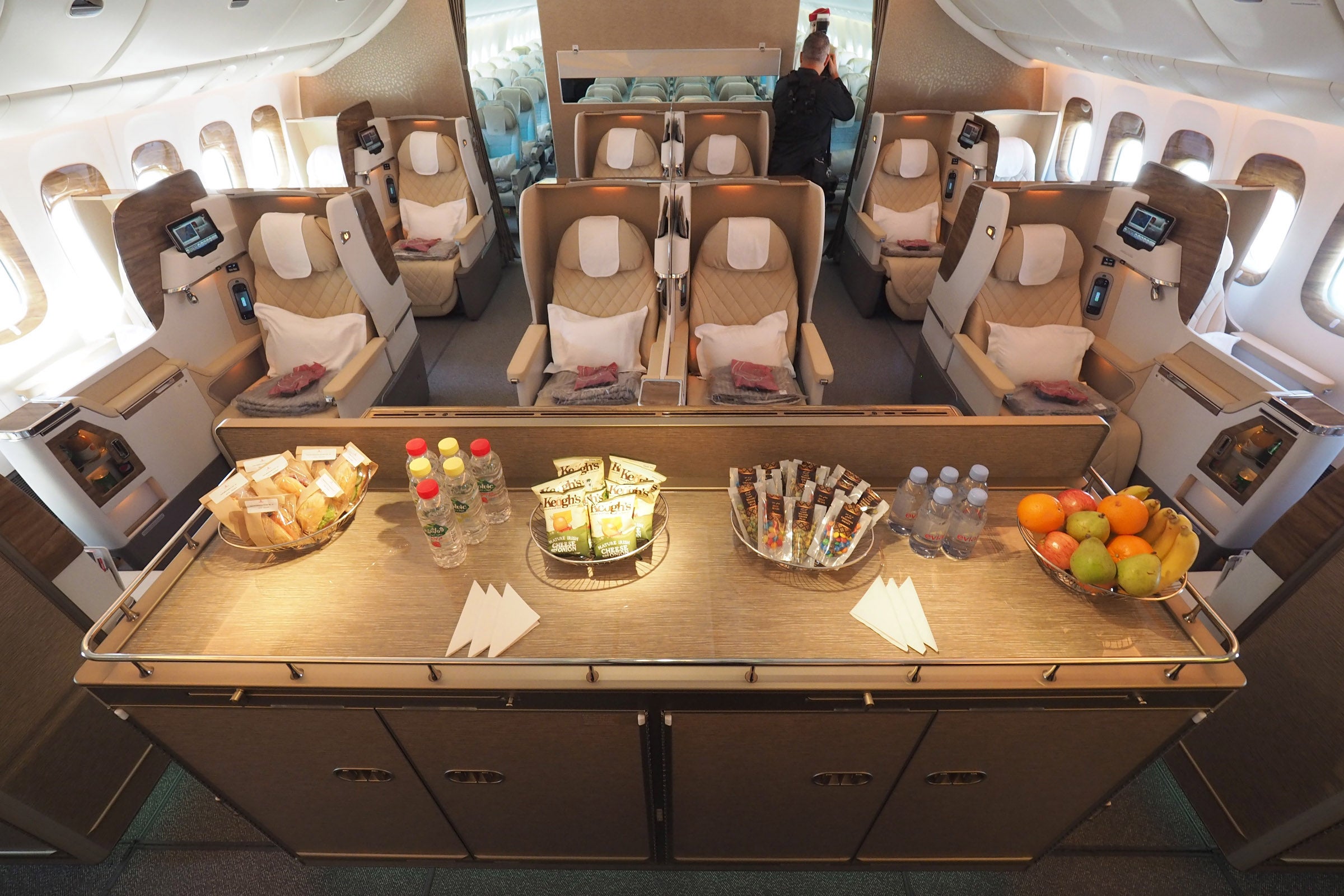 Fly This, Not That: Comparing Emirates' 4 Business-Class Seats
This post contains references to products from one or more of our advertisers. We may receive compensation when you click on links to those products. Terms apply to the offers listed on this page. For an explanation of our Advertising Policy, visit this page.

It's not uncommon for airlines to offer more than one type of business-class seat. If you fly long-haul on American, you could end up with any one of a half dozen different biz seats — by comparison, the four varieties you might encounter on Emirates makes the airline's fleet seem almost consistent. They do vary quite a bit when it comes to comfort and privacy, though.

My favorite Emirates biz seat can be found on the carrier's Airbus A380s, and since there are more than 100 superjumbos in its fleet at this point, there's a decent chance you'll end up on one. In the US, Emirates flies them from Dubai (DXB) to Los Angeles (LAX), New York-JFK, San Francisco (SFO) and Washington, D.C. (IAD) — if you're flying Emirates to or from any other US city, you'll be on a 777, instead.

Emirates now operates four versions of the 777, plus the A380. Here's the full fleet breakdown, including where in the US each plane flies:

Although the A380 is the most recognizable Emirates aircraft, as you can see above, the carrier actually flies far more 777s to the US than A380s — and almost all of those routes have angle-flat seats on the 777-300ER, though that fleet will be updated with the new 2-3-2 lie-flat seats over the next couple years. For now, only one plane has the 2-2-2 seats — A6-EWA — and that's being used exclusively for nonstop flights between Dubai (DXB) and Fort Lauderdale (FLL).

While I much prefer the new first class on the 777-300ER, the A380 is my top pick for flying Emirates biz. This is the only Emirates aircraft to offer the staffed bar, located at the back of the upper deck, and the 1-2-1 configuration offers more privacy — assuming you don't end up next to a stranger in a "honeymoon" seat.

Although there's decent storage and a sizable side table, note that this is the narrowest seat in Emirates' fleet, however, measuring just 18.5 inches wide.

Personally, I've only flown this 2-3-2 angle-flat configuration once, and I was very underwhelmed, even on the short fifth-freedom flight from Christchurch (CHC) to Sydney (SYD). Although the flight was on a 777-300ER, the old -200LR seat is more or less identical.

This arrangement is still flying to Fort Lauderdale a couple times a week, but it'll be entirely replaced by the refurbished 777-200LR by the end of April 2018.

This is the replacement, and although it's not as appealing as the 1-2-1 configuration you'll find on most other new and refurbished planes, this actually happens to be Emirates' second-best seat, after the A380.

Oddly, Emirates decided to outfit the -200LR with a slightly modified version of the new -300ER seat, arranged in a 2-2-2 configuration instead of 2-3-2. Aesthetically they're almost identical, but the -200LR version is two inches wider, which can definitely make a difference on the carrier's longest flights.

TPG News Editor Emily McNutt flew the old 777-300ER on a fairly long route, from Cape Town (CPT) to Dubai (DXB), and she managed to get five hours of sleep despite the angle-flat arrangement — so, based on Emily's experience, landing this config might not be the end of the world.

I'm still puzzled by this seat. Emirates added quite a bit of comfort, privacy and bling to its 777-300ERs, but maintained the tight 2-3-2 arrangement. This is the same seat you'll find on the 777-200LR, but it's two inches narrower — and those two inches do make a difference.

Currently, the new 777-300ER is only flying to Brussels (BRU) and Geneva (GVA), but hopefully this new seat will make its way to the rest of the fleet, soon. Or better yet, perhaps Emirates will decide to retrofit the fleet with its 2-2-2 seat, instead.

So, which should you fly? The A380 is my first pick, without a doubt. I always love flying on Airbus' superjumbo, and the Emirates variant's awesome biz-class bar, paired with the most private 1-2-1 configuration, lands this product the #1 spot.

After that, the 2-2-2 business class on Emirates' 777-200LR is the most appealing option, but that'll only be available on the airline's Fort Lauderdale route — at least if you're planning to fly to the US. The 2-3-2 biz on the new 777-300ER is the obvious #3, followed by those dated angle-flat seats on the older 777s, including most -300ERs and the remaining -200LRs — at least until they're reconfigured later this year.