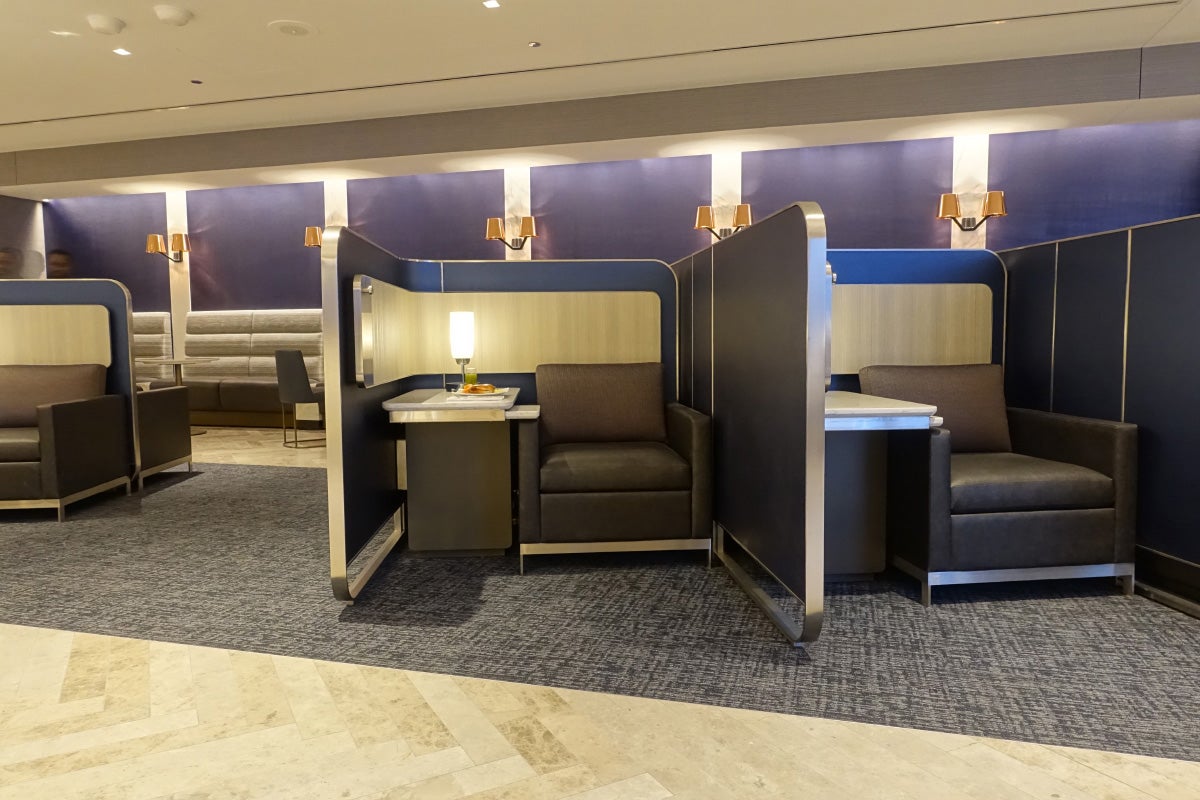 United's Planning to Open Three Polaris Lounges in Summer 2018
This post contains references to products from one or more of our advertisers. We may receive compensation when you click on links to those products. Terms apply to the offers listed on this page. For an explanation of our Advertising Policy, visit this page.

At the grand opening of United's first Polaris Lounge, at Chicago's O'Hare Airport (ORD), the airline said that all of its domestic locations would open by the end of 2017, and that even some of its international outposts could be available by the end of last year as well. That obviously didn't happen.

In fact, the Polaris Lounge rollout is so behind schedule that the O'Hare location remains United's one and only, though it has since been expanded. The airline's business-class product is lagging in other areas as well, as I discussed in An Update on United Polaris Business Class, One Year After Launch.

We do know that construction is underway at some of United's key hubs, however, including Newark's Liberty International Airport (EWR), where the main United Club is also undergoing a major renovation and is currently closed. And, per United's Polaris Tracker page, the Houston (IAH), Newark and San Francisco (SFO) Polaris Lounges are now expected this summer, followed by Los Angeles (LAX) in the fall.

A document apparently provided by United's sales team offers up a more detailed rollout schedule, however, with the Washington Dulles (IAD) Polaris Lounge expected in 2018 as well, followed by the first international location, at London's Heathrow Airport (LHR), by the end of 2019.

I find United's O'Hare Polaris Lounge to be one of the best airport lounges in North America, so it's no surprise that customers are clearly eager for the other promised locations to open.

I've been using United's exclusive Classified restaurant as a de-facto Polaris Lounge at Newark in the meantime, and while the food there is even better than anything I'd expect to find at even the world's top airport lounges, it certainly doesn't come cheap — despite the 20% discount available to customers with a co-branded card, such as the United MileagePlus Explorer Card.

Although even once the Newark Polaris Lounge does open, I won't be able to get in most of the time — access is limited to customers traveling in the following cabins:

If you’re flying between the US and Canada, Mexico, Central America or the Caribbean, you won’t be able to get in. Even with limited access, I would expect some of the airline's locations to become quite crowded during peak periods — ahead of Europe departures in the early evenings at Newark, for example, or before mid-day Asia flights departing SFO. Even if they're a bit crowded, the new lounges will be a huge step up from the airline's best United Clubs, however.