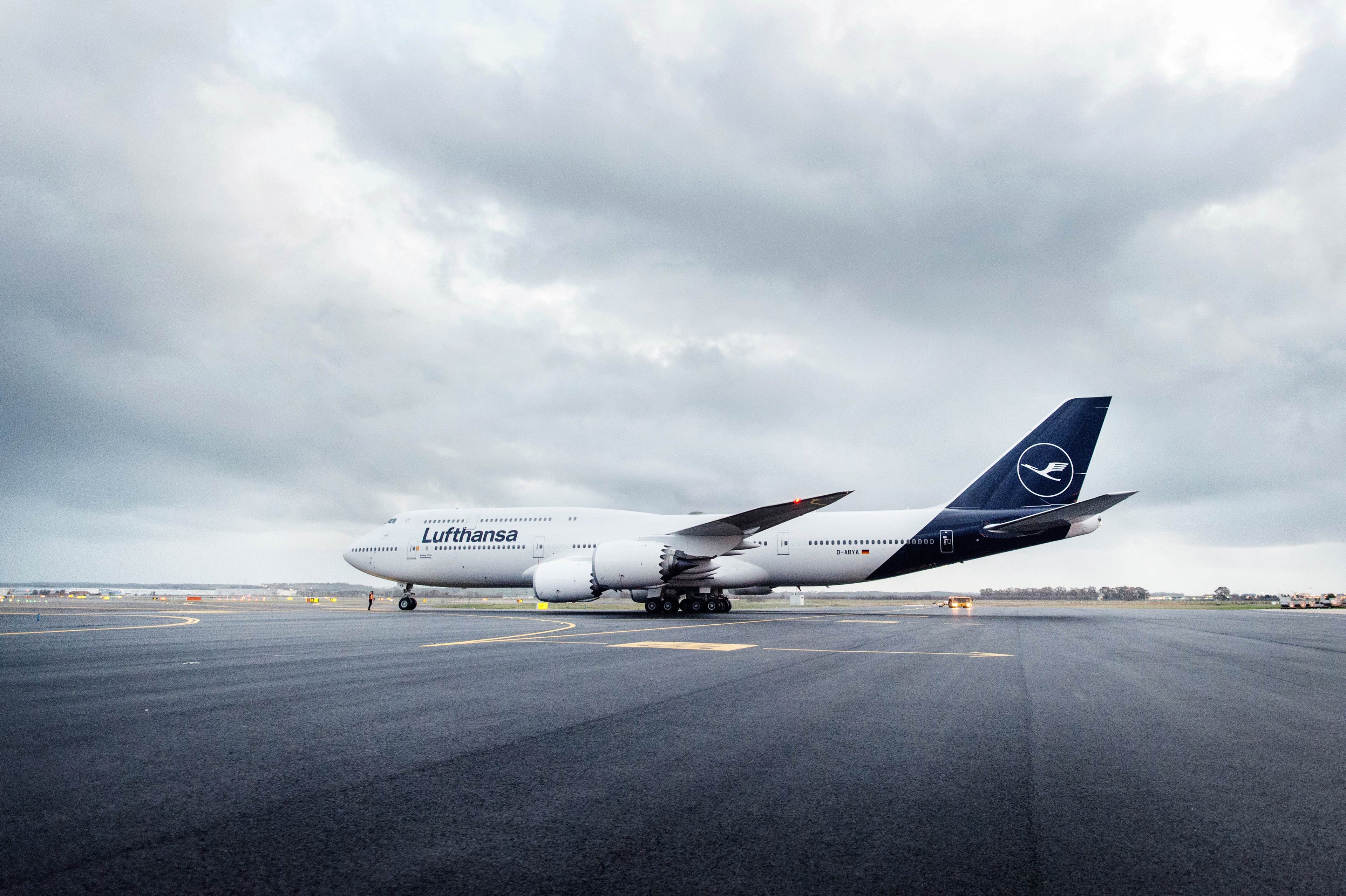 Lufthansa's New Livery is Boring, Frequent Flyers Agree
This post contains references to products from one or more of our advertisers. We may receive compensation when you click on links to those products. Terms apply to the offers listed on this page. For an explanation of our Advertising Policy, visit this page.

If there's one thing that gets aviation enthusiasts fired up, it's a livery change by a major airline — and on Wednesday, one of the biggest of them all rolled out a new color scheme. Germany-based Lufthansa, the largest airline in Europe by passengers carried, officially revealed the newest iteration of its livery at an event in Frankfurt, only days after images of new paint job surfaced on Twitter. TPG Assistant Editor Brendan Dorsey covered the unveiling ceremony-turned-party.

But most aviation geeks worldwide had already issued their verdict on the new Lufthansa colors (or lack thereof): A big, fat nein, danke.

The rationale behind that unhappiness is that Lufthansa's new livery isn't ugly, it's just boring. On the one hand, it's sleek, it's 21st-century, it's minimal and modern. And compared to Lufthansa's existing livery, not much has changed. The new colors sure made an impression at the Frankfurt unveiling.

But on the other hand, here were are again, another global airline that falls back on the growing trend of blandness and seemingly lackluster design across the industry. Where is, people tweeted and Facebooked, the classic yellow circle on the tail that made the Lufthansa crane logo pop among the sea of airplane tails at airports all over the world?

Now Lufthansa, they griped, looks like Air France and Qantas and United and Avianca and Iberia and LATAM... the list is long. All liveries seemingly born out of groupthink and risk-averse design firms presenting plans to equally risk-averse boardrooms.

And because inside every AvGeek there's an armchair brand and corporate design critic, we asked our community of frequent flyers to see what their reaction was. Sure, we're really into award availability, and the pleasure of flying Lufthansa's first class, but for many people who fly a lot, or want to, the machines they spend so many hours on are more than just vehicles.

Bottom line: Some readers were pleased with the refresh, but many were disappointed and found the new look mediocre. Here's what some of them said.

So where has that yellow gone that everyone is raving about? It hasn't entirely disappeared. There's a tiny rectangle beside the forward door on the left side, the one most passengers go through at boarding. That's it.

With all of that said, we'll be fine, of course. It's just a paint job, and we'll all get used to it. Well, that is so long as Lufthansa keeps its award space open and hurries up with the redesign of its currently outdated business class.

Sign up for our daily newsletter
Featured image by The new livery on a 747-8. Lufthansa will apparently be making the tail bluer, although what else they'll be doing is unclear.