Articles
Alberto Riva Alberto runs our flight reviews and oversees special projects across several verticals. Previously, he was the managing editor of Vice News and worked at Bloomberg and CNN, where he was constantly trying to convince people to do more stories about airplanes. He speaks Italian, French and Spanish and one day he’ll be better at German.
Follow
Feb. 07, 2018
•
5 min read 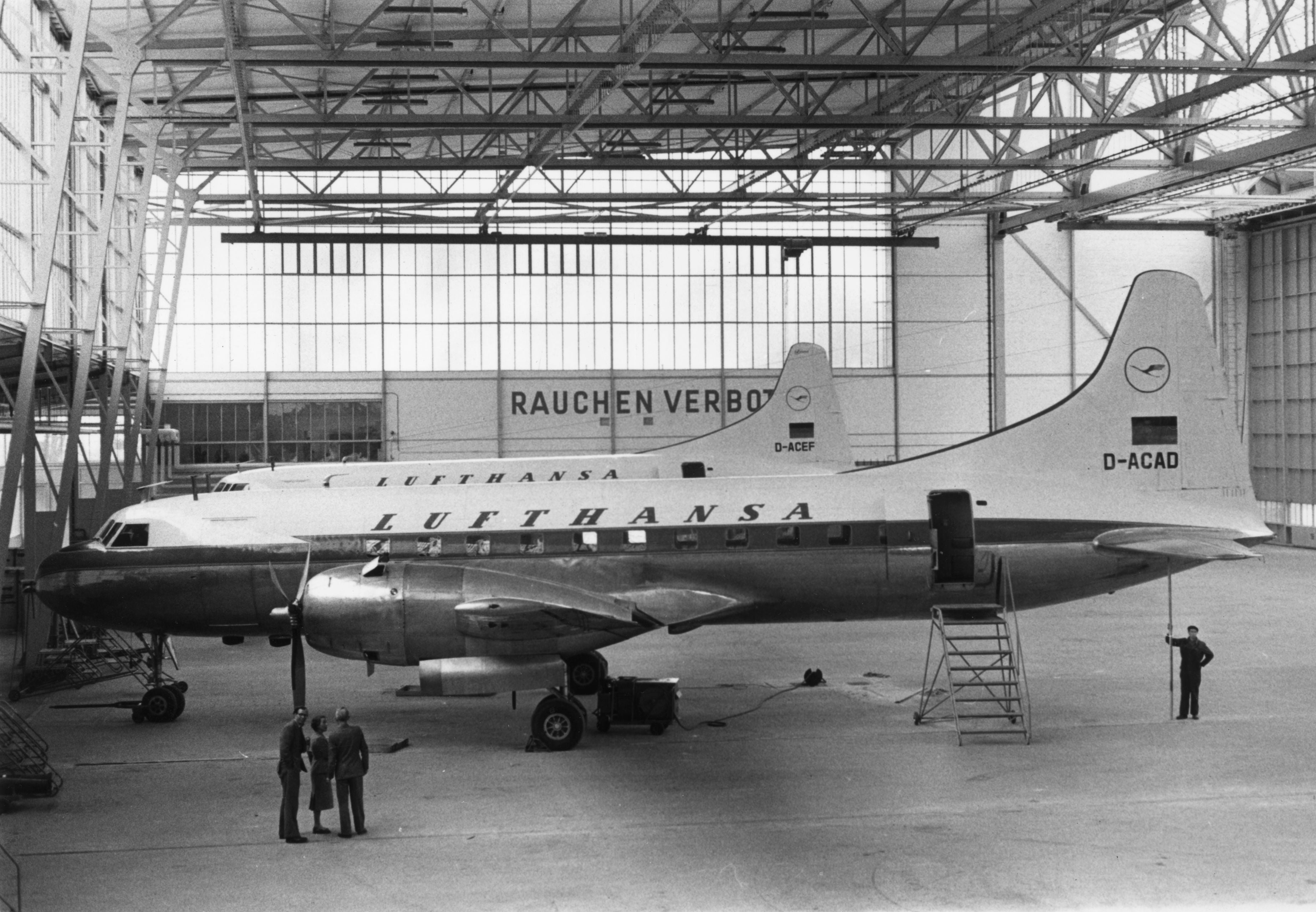 See Lufthansa Liveries Change Through the Years
This post contains references to products from one or more of our advertisers. We may receive compensation when you click on links to those products. Terms apply to the offers listed on this page. For an explanation of our Advertising Policy, visit this page.

Since its founding in the 1950s, Lufthansa has been one of the world's more consistent airlines when it comes to graphics and corporate identity. After changing to its current livery in the 1960s — blue tail with yellow circle, blue stylized crane in the circle, blue cheatline down a largely white fuselage — the German flag carrier has remained faithful to the model. There's even a manual on "Lufthansa and Graphic Design" that explains how the airline achieves its remarkably consistent image. (Great gift idea for an aviation-geek significant other, by the way.)

But that changed on Wednesday — a big piece of that identity is going away, upsetting aviation enthusiasts all over the globe. Lufthansa unveiled a new livery for its airplanes that does away with the iconic yellow on the tail, relegating it to a strip near the doors.

TPG was there to cover the official reveal of the new colors in Frankfurt, but, as it's an office full of dedicated AvGeeks, we wanted to give you a look at the colors that Deutsche Lufthansa Aktiengesellschaft, now grown into the largest airline group in Europe, has sported throughout the years. They all featured the classic Lufthansa yellow — and we wouldn't be completely surprised if the airline brought back at some point the yellow tail, if only as a retro color scheme painted as a one-off on a single airplane.

Seen below in the mid-1950s: a Lockheed Super Constellation, used on flights to the US. It was the last of the great piston-engined long-haulers before jets took over. Lufthansa flew it from 1955.

The first jet airplane arrived in 1959, a Boeing 707. Yellow appeared now larger, and on the tail.

When the first Boeing 747 was delivered in March 1970, it touched down on German soil in Hamburg from the factory in Seattle already wearing its Lufthansa colors. It was the then-new livery that introduced the yellow circle and the Helvetica typeface for the titles. The font isn't going away with Wednesday's change, at least.

The white upper fuselage and grey belly remained unchanged until the 1990s, as seen on this Airbus A300 taking off.

The yellow-over-blue with white fuselage and Helvetica titles became a group identifier for regional airlines operating under Lufthansa's umbrella as Team Lufthansa — for example, as seen on this Fokker 50 regional turboprop.

In the 1990s, the amount of grey on the undersides became smaller, but the livery overall remained the same, as seen on this 747-400 taking off from New York's JFK airport in 2012.

Yellow and blue was also the main color of flight attendants' uniforms, for example here in Munich in 2015. That's also when Lufthansa celebrated its 60th anniversary by introducing a special light-blue uniform inspired by the traditional Dirndl dress.

After the new, yellow-less livery gets introduced, yellow will likely remain throughout the airline's customer-facing operations, though — for example in airports, such as in this image taken in 2015 at Frankfurt.

And then there's the legendary yellow booklet, the timetable that nowadays is available as pdf file but keeps its original color. Generations of young aviation geeks have learned to read airline schedules on it by scanning its clear, elegant (yes, it's Helvetica) typeface. And we dearly hope that it stays with us for generations to come.