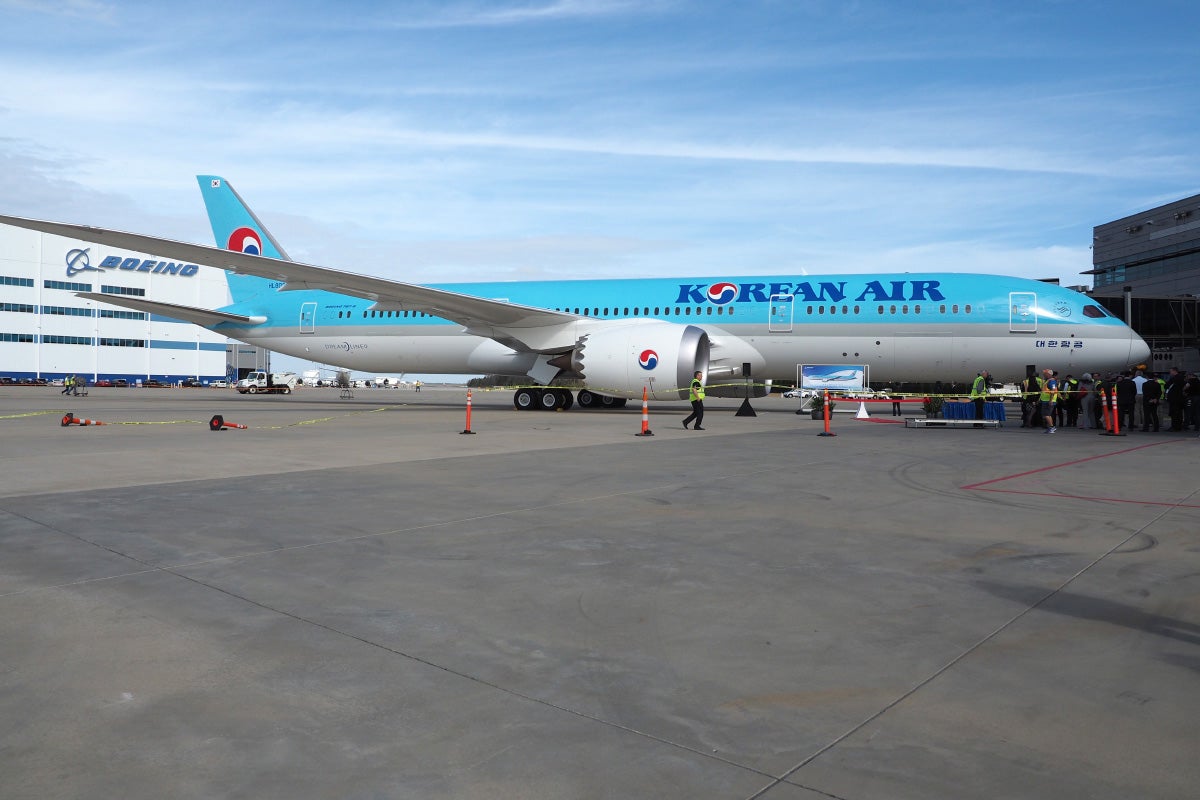 Has Korean Air Tightened Award Availability?
This post contains references to products from one or more of our advertisers. We may receive compensation when you click on links to those products. Terms apply to the offers listed on this page. For an explanation of our Advertising Policy, visit this page.

Korean Air has long been one of my most recommended options for award seats to Asia. The combination of great award seat availability in all classes, fair award ticket pricing and the ease of transferring Chase Ultimate Rewards points to its SkyPass program has always made it a winner. I've often been able to find up to eight business-class and nine economy-class seats on the same flight.

Over the last few months, I've been searching for award seats to get me back to Atlanta (ATL) from Auckland or Sydney. Korean makes this a one-stop itinerary for me, connecting in Seoul (ICN). Once a week, I've been looking at available seats and hoping Korean changes equipment on the ICN-ATL leg from a 777-300ER to its A380 or 747-8 Intercontinental, which I haven't yet flown. Seats have been available 4-6 days a week in April and I was just waiting to see if I could catch a break with an equipment change before booking.

However, about two weeks ago, the seats from Seoul to Atlanta became unavailable. Not just on my most convenient travel date, but for the whole month of April, in both business and first:

I don't recall ever seeing that screen indicating no award seats in an entire four-week period on Korean metal. As I searched more and more, the award seat availability that has been a staple of the SkyPass program was no longer showing.

I searched for a single economy-class seat in the month of March from Seoul to Atlanta:

Just two weeks ago, I would have found five or more available seats for about five days out of the week I searched.

I then did a panicked search of multiple routes and classes from Seoul to the US. For Seoul to Chicago in first class, only nine days in the month of March have a seat (a white date indicates a seat):

For Seoul to Chicago in business class, only three days in March are available:

In March and April, Seoul to New York City in business class has only three days with a seat available:

Perhaps only close-in award availability has been demolished. I also searched business-class availability from Seoul to Chicago over a four-week period in July and August — only eight days have a seat available:

Plus, Seoul to New York in business class in October and November has an award seat available every single day:

And the previously mentioned Seoul to Atlanta route with no seats in March has plenty of business seats available in December:

With search after search, I uncovered a pattern that I've never seen with Korean: Booking within approximately two months of departure shows significantly less award seat availability than what I've been accustomed to for the last four to five years. I threw a question out on Twitter to see if readers were also finding a different amount of award space than usual. I quickly got a few replies back:

While the data isn't conclusive, I think something is definitely up with Korean, and I'll be keeping a close eye on close-in award space over the next few weeks. In the short term, it means I have to find another premium-class redemption home from down under — never an easy task this close to the travel date.

In the long term, I certainly hope this isn't a new trend for Korean, as I don't know if I can mentally take any more devaluations right now. Please share your own experience with recent Korean SkyPass award searches in the comments below.