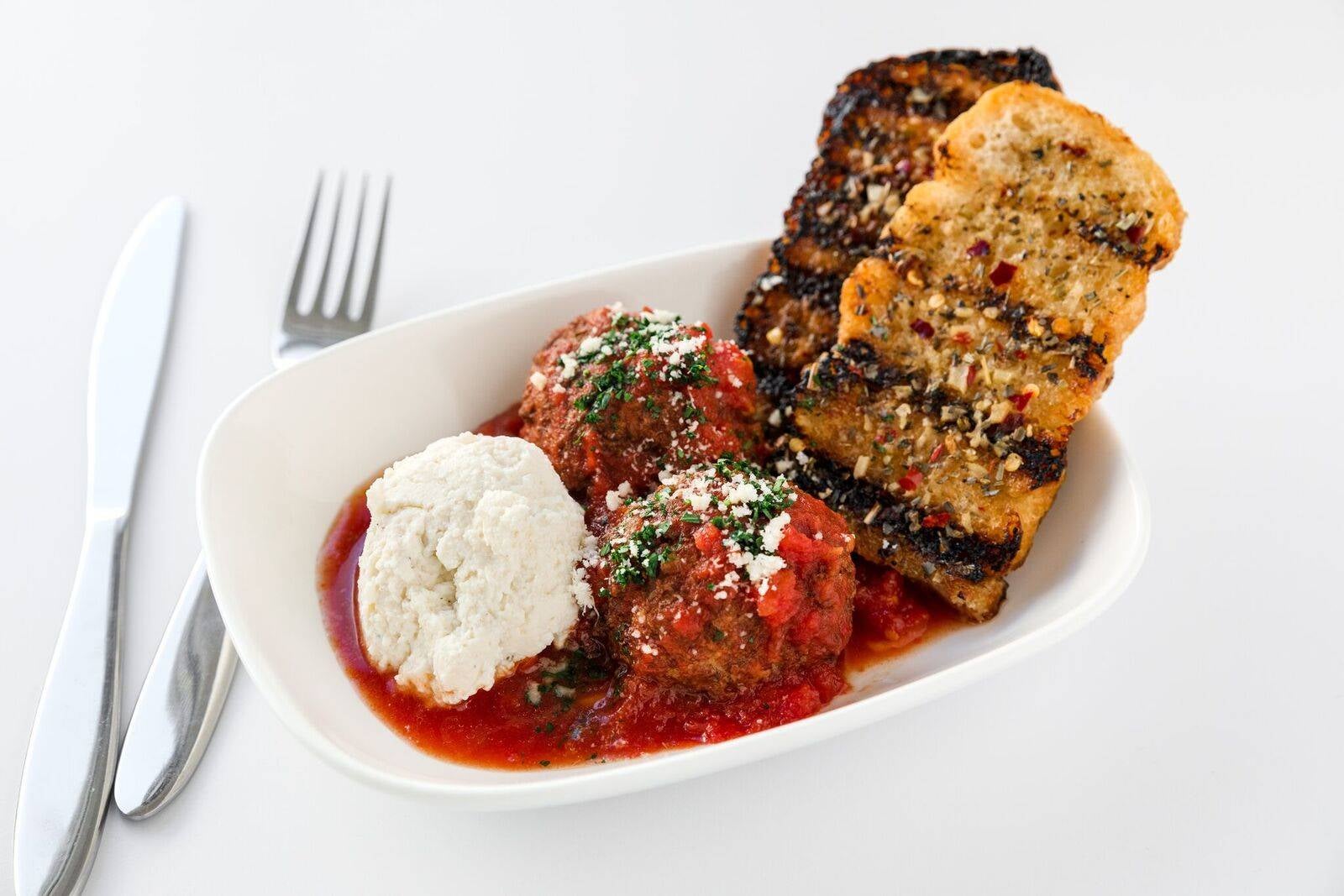 LA Chef Duo Partners With Delta to Bring Red Sauce to the Skies
This post contains references to products from one or more of our advertisers. We may receive compensation when you click on links to those products. Terms apply to the offers listed on this page. For an explanation of our Advertising Policy, visit this page.

Meals served in the sky are rarely newsworthy. Certainly not for anything positive, anyway. Delta provided a welcome exception last year when the domestic carrier announced a partnership with Jon Shook and Vinny Dotolo — two of Los Angeles’ most prominent chefs.

The duo are responsible for a spate of eclectic eateries across the city, plating everything from elaborate meat-focused fare to simple, hand-tossed pizza pies. The collaboration (available on trans-con flights to JFK and DCA) marked the highest-profile example of the airline’s push for "restaurant style experiences" in its Delta One cabins.

But how would the grub go over 35,000 feet above ground? Nearly six months in, here’s how it’s taking flight.

To be sure, bringing on board high-profile chefs is nothing new to modern air travel. The primary concern has always been the level of involvement these artisans actually assert in crafting and executing their menus. Obviously, Jon and Vinny aren’t going to be on board your next flight to New York, slicing San Marzanos in some non-existent kitchen in the galley. But Delta has taken steps to emulate such a scenario.

“One of the key differentiators of our program is that our chefs actually have dedicated facilities that they use to bring their recipes to life and deliver to us daily to create an authentic experience,” explains Lisa Bauer, Vice President of Onboard Services. “They don’t simply create the recipe and then have a catering kitchen execute them.”

The distinction is already paying off delicious dividends to business travelers. Settling in after takeoff, they are greeted promptly with creamy burrata, meatballs braised in marinara, a small serving of rich white bean soup. It’s not some flimsy replica of Jon & Vinny’s ground-based gourmet, it’s merely a truncated representation of the same.

“The menus change every quarter when we add seasonally inspired dishes,” adds Bauer. “We, of course, love the meatballs so much that we may never rotate those!”

True to her word, the Italian staple (accompanied by fresh ricotta cheese and garlic bread) remains an anchor of the newest dishes, debuting this winter. Joining the meatballs is a gem lettuce salad with Calabrian chili dressing, chicken piccata, seasonal fish with fennel and a strawberry bread pudding.

“For this menu, we were inspired by California’s farmer’s market,” says Vinny Dotolo. “It was the first time in our career where we noticed that people wanted approachable food.”

“There are millions of challenges that you wouldn't expect,” admits Jon Shook. “Everything from height requirements, procedural requirements and how to maintain freshness.”

At LAX, at least, these difficulties are mitigated by the airports proximity to the catering facilities — and the restaurants themselves. Prepped food endures little downtime before on-boarding, and the chefs are able to regularly check-in to maintain quality control.

For meals out of Delta’s Atlanta hub into Europe, the airline had already been working with James Beard Award-winning chef Linton Hopkins. In signing on Jon and Vinny, as well as New York’s Danny Meyer (of Gramercy Tavern and Shake Shack fame) for premium domestic routes, the carrier asserted itself as a leader in the in-flight gourmet game.

The chefs, for their part, show no signs of limiting their involvement. In fact, you might soon see their cuisine on flights beyond the New York and DC market.

“We look forward to taking on more routes and having a bigger footprint with Delta," Shook adds. "They are great partners."

Your move, United and AA.