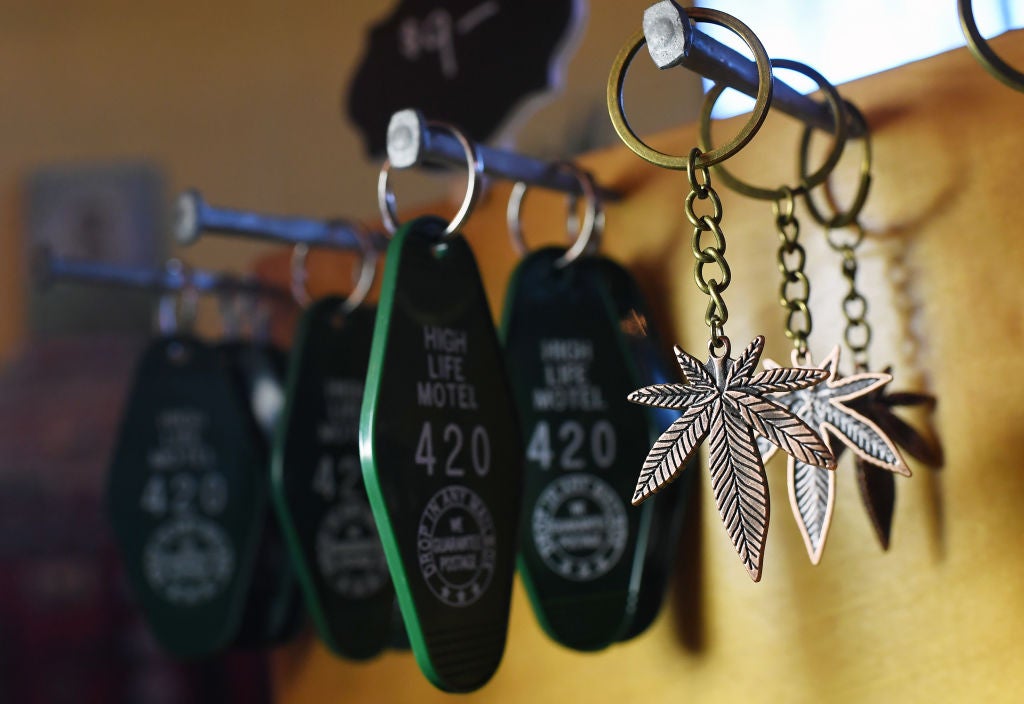 California's First 'Bud & Breakfast' Opens in Former Gold Mining Town
This post contains references to products from one or more of our advertisers. We may receive compensation when you click on links to those products. Terms apply to the offers listed on this page. For an explanation of our Advertising Policy, visit this page.

The town of Nipton, California was built on gold and furthered by railroad development, but now a new commodity is taking over and turning the former gold mining town green.

Founded in 1905, Nipton is located in a corner of San Bernardino County near the Nevada border. Over a century later — and with a population totaling 20 — the town is now owned by American Green, the country's largest publicly traded marijuana company. American Green hopes to turn the tiny town of Nipton into a premier "cannabis-driven" resort and the company is jumping on the marijuana-fueled possibilities opened by Proposition 64, which went into effect this January 1 in California. The measure allows adults to posses small amounts of cannabis and the cultivation of up to six plants, and allows counties and cities to regulate the sale and taxation of cannabis.

Nipton is located on the edge of Mojave and surrounded by federally owned lands. When American Green purchased the town, the sale included the five-room Hotel Nipton, the Whistlestop Café and the Nipton Trading post — all of which have been renovated to prepare for the hopeful influx of marijuana enthusiasts. American Green looks to emulate the "bud-and-breakfast" concept popularized in Colorado after the state legalized recreational marijuana three years ago.

The Hotel Nipton, which sits on 80 acres of land, has five bedrooms but American Green will double the size. Rates for the hotel start at $99 and the property also includes space for eco-friendly tents and hookup sites for RVs.

There are currently no plans at the hotel to sell or grow its own marijuana. However, partiers are allowed to bring their own stash and ingest greenery inside hotel rooms and outside; because of California's no smoking laws, visitors aren't allowed to smoke marijuana in restaurants or other businesses.

The Trading Post will remain open as a highway rest stop offering bathrooms and sodas for travelers going down the 15 Freeway. It will also have a vending machine that, one day, will hopefully dispense marijuana products, pending the reversal of a county ordinance. American Green owns a patent on the machine which has the technology to scan a vein in the finger of consumers to identify if he/she is of legal age.

For those worried about California's new "bud and breakfast" industry model that's soon to take off, a spokesperson for the San Bernardino County Sheriff's Department said deputies will not harass marijuana enthusiasts in Nipton, adding that it's up to the "privately owned facility" to determine where people imbibe in the greens.