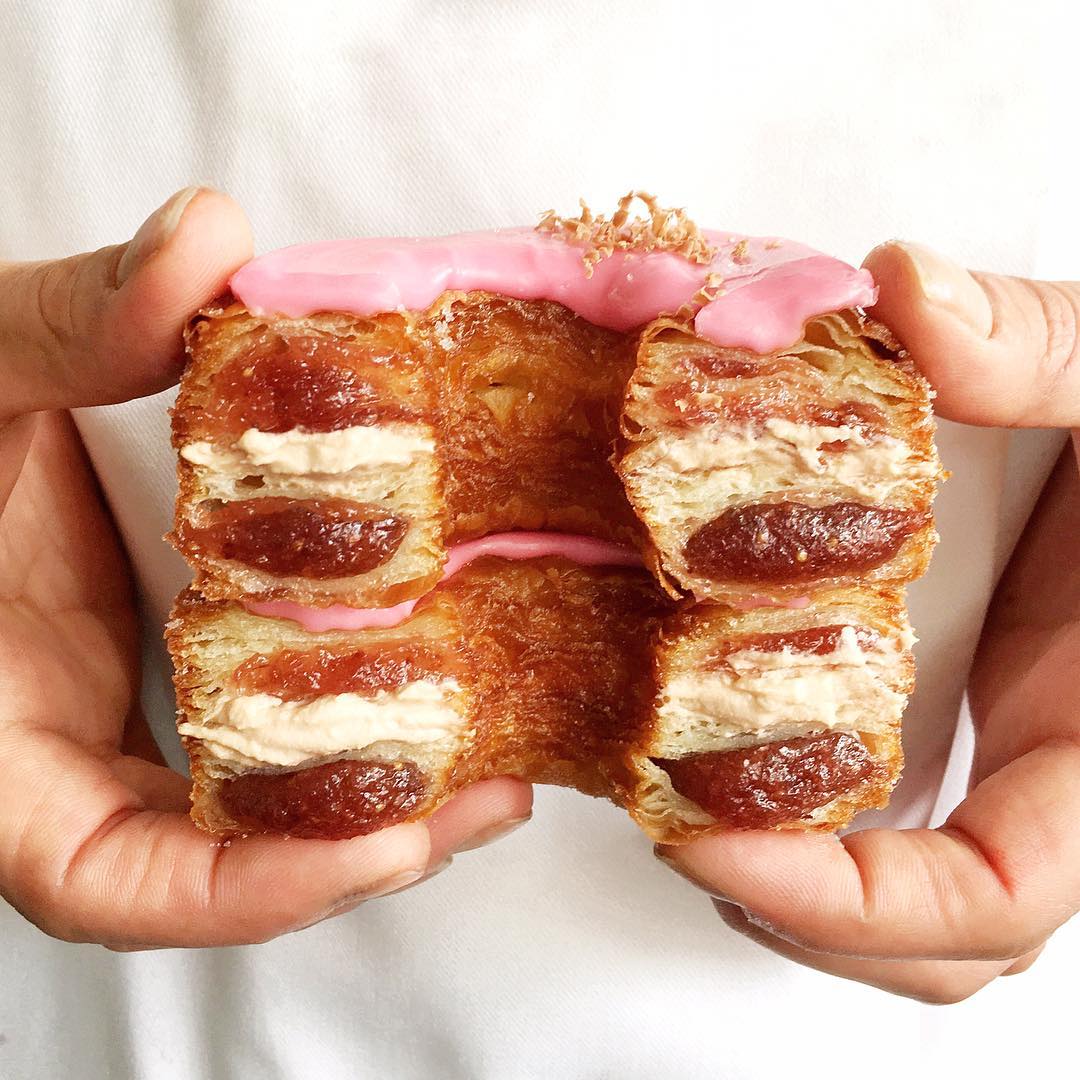 Naturally, people eat with their eyes first, meaning how food looks and is presented is just as important as how it tastes. So it’s only right that Instagram serves as the perfect platform for traveling chefs to showcase what they’re experiencing both in and out of the kitchen these days — from delectable eats to their journeys around the world. These professionals not only dedicate their entire lives to the culinary craft, but they also have a way of capturing it all for the 'gram. Here are seven of our favorite wayfaring chefs to follow.

Who: Dominique Ansel is the pastry chef and owner of Dominique Ansel Bakery in New York City, Tokyo and London. He was awarded the title of World's Best pastry chef in 2017 as part of the World's 50 Best Restaurants awards — the only US-based chef to ever take the title.

Why you should follow him: Imagine a world without Cronuts? Thanks to chef Dominique Ansel we don’t have to. Yes, this New York-based chef is the genius behind the Cronut: Ansel's signature croissant-doughnut hybrid pastry. Hardly defined by just one creation, Chef Ansel continues to shake up the pastry world with his out-of-this-box innovations — from his gingerbread pinecone to his frozen s’more — and uses his visually striking IG posts to prove why he’s called a culinary trendsetter. His Instagram bio states his photos are “what I eat and what I cook (not always what you think)” and that's reflective of both his epic pastry collection and his photo feed. If you have a sweet tooth, you’ll want to follow him ASAP.

Where you’ll find him: When he’s not hand-making the best Cronuts in NYC, Chef Ansel is traveling to his other sugar palaces in NY, Tokyo, London and soon LA.

Who: Massimo Bottura is the chef-owner of Osteria Francescana, a three-Michelin-starred restaurant based in Modena, Italy.

Why You Should Follow Him: Chef Massimo Bottura is an unparalleled culinary innovator who has reimagined Italian cuisine. After taking the top restaurant title on the World's Best list for Osteria Francescana in 2016, Chef Bottura has secured his spot as one of the greatest and most influential chefs in the world. He tells stories through his dishes by meddling fresh new flavors with traditional avant-garde ingredients from the Emilia-Romagna region, where he calls home. Just one look at his Instagram and you’ll will see why he’s one of the greatest chefs in the kitchen these days.

Where you’ll find him: In Italy, when he's not working on his non-profit gourmet soup kitchen project, Food for Soul.

Who: Jordi Roca i Fontané is a pastry chef-owner at El Celler de Can Roca, located in Girona, Spain. In 2014, Chef Rosa was named World’s Best pastry chef and the restaurant, which he runs with his two brothers, has earned three Michelin stars.

Why You Should Follow Him: Roca grew up in a restaurant family in Spain and it was there that he learned the ins and out of the Catalan cuisine and culture. Chef Rosa took his roots, added culinary school and opened El Celler de Can Roca restaurant with his brothers. In the Celler kitchen Chef Roca is responsible for the sweet side of the menu that features a whirl of savory and bold desserts. What this man can do with the pastry goes beyond our realm of the pastry scene. See for yourself and give him a follow.

Where you’ll find him: In Spain, likely adding the finishing touching to his signature desserts.

Who: April Bloomfield is a British chef best known for her gastropub in NYC: The Spotted Pig, along with The Breslin Bar & Dining Room. She is also the co-owner of the John Dory Oyster Bar, Salvation Taco and White Gold Butchers in New York — plus Tosca Cafe in San Francisco — and cookbook author of A Girl and Her Pig.

Why you should follow her: In February 2004, she gained the attention of restauranteur Ken Friedman and opened New York City’s first gastropub, The Spotted Pig. Bloomfield's creations are reflective of her English roots, showcasing bold flavors and recipes that result in extraordinary dishes. Chef Bloomfield loves cooking just as much as she loves eating so you’ll find a combination of her signature meals and local bites along her travels on her Instagram feed — all served up in humor and liveliness.

Where you’ll find her: Bloomfield’s gastronomic excursions take her all over the New York City — and around the world — from Stockholm to Copenhagen to Paris.

Who: Iliana Regan is the chef and owner of Elizabeth Resturant in Chicago and in 2016, she was Food and Wine's best new chef.

Why you should follow: For chef Iliana Regan, the time spent outside of the kitchen is just as important as preparing her meals in it. Known as the Queen of Midwestern Cuisine, chef Regan bases 90% of her menu at Elizabeth on seasonal — and often foraged —ingredients, from acorn puree to wild greens to cured bear meat. Her cooking style embraces the rawness of nature and is the epitome of simple, Midwestern local cuisine. You can feel chef Regan's labor and love that goes into her food through her posts.

Where you’ll find her: Out and about in Chicago, or somewhere foraging in the Midwest.

Who: Christina Tosi is the chef, founder and owner of Momofuku Milk Bar located throughout New York City. You also might recognize her as one of the judges of MasterChef and MasterChef Junior in 2015.

Why you should follow her: Author, chef and television personality, Christina Tosi changed the face of baking with her innovative creations like the crack pie, cereal milk and bagel bombs. Her unstoppable and free-spirited approach to life and love for sweets fills us with food-envy. Indulge in her incredibly appetizing posts on Instagram. Her mouthwatering, delicious treats have us wondering ... can we have some?

Where you'll find her: In and around any number of her NYC Milk Bar shops or on the small screen.

Why you should follow: José Andres is best known for giving Americans a taste of both the avant-garde and traditional Spanish flair. Raised outside of Barcelona, José chose cooking as his life’s work and today, he uses his culinary and social media platform to help those in need. He’s been volunteering his services in Puerto Rico with his non-profit organization, World Central Kitchen. Under the hashtag #ChefsForPuertoRico, Andrés has been soliciting donations and volunteers to help feed a population that endured two severe hurricanes.

Where you'll find him: Currently, you can find him volunteering in Puerto Rico but often you will find him at any of his many restaurants in the US and Mexico.

Who are your favorite traveling chefs to follow on Instagram? Let us know in the comments, below.