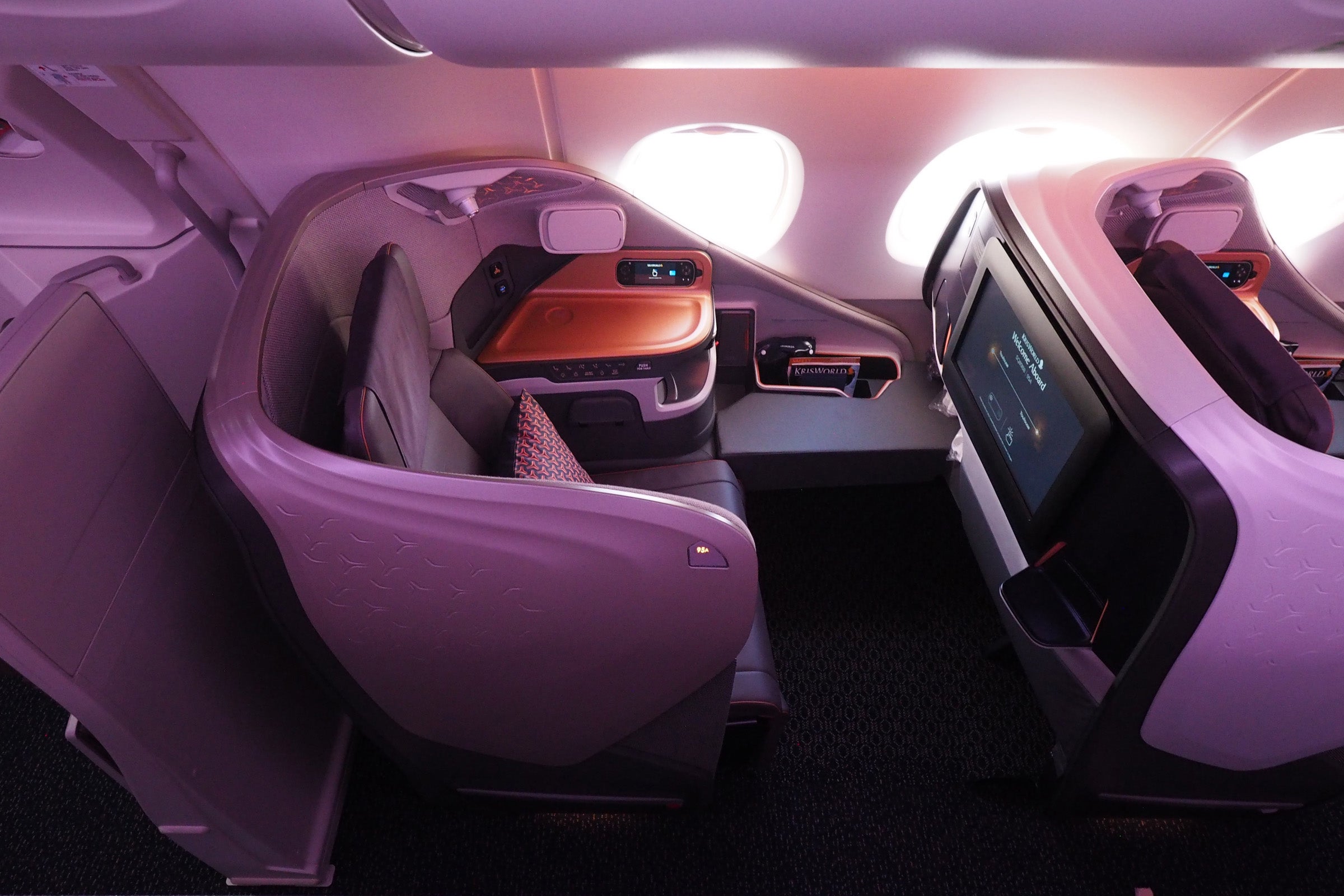 Singapore Finally Improves Business-Class Recline With Latest A380
This post contains references to products from one or more of our advertisers. We may receive compensation when you click on links to those products. Terms apply to the offers listed on this page. For an explanation of our Advertising Policy, visit this page.

For years, Singapore Airlines has been leading the way when it comes to long-haul business class — while there's always been room for improvement, SQ was one of the first airlines to offer lie-flat seats in a 1-2-1 configuration, and innovations like Book the Cook make the carrier even more appealing.

That said, there's been one element of the business-class experience that I've found especially puzzling: the conversion from upright seat to lie-flat bed. Even the Airbus A350, which, until this week's new A380 delivery offered the carrier's latest and greatest biz, sports seats with limited recline — to go into the full lie-flat mode, flight attendants must fold the entire seat forward.

I generally spend much of the flight in an almost-but-not-quite-lie-flat position, which simply hasn't been possible in Singapore's business cabin. That changed this week.

Singapore Airlines just took delivery of its first of five brand-new Airbus A380s — this particular aircraft, with registration 9V-SKU, will initially operate one of the daily flights between Singapore (SIN) and Sydney (SYD). Passengers booking business class on the following flights will be the first to experience the new seat.

There are a handful of improvements, which I'll detail in a later post, but the most notable design change brings Singapore's seat in line with almost every other lie-flat bed out there.

Now, rather than asking a flight attendant to fold the seat forward into a bed, you just press and hold a button. That means you can stop anywhere between the full-upright and full-flat positions, as you can see in the video below.

Honestly, I think this is long-overdue — over the years, I've spent the equivalent of several days sitting in a variety of Singapore's business-class seats, beginning with a nearly 19-hour nonstop haul back in 2013. Each time, once I had the seat converted to a bed, I'd have to prop myself up with pillows — which, I know, poor me, but it actually does get uncomfortable after a while.

The challenge now is getting this seat rolled out throughout the long-haul fleet. Singapore's existing Airbus A350-900 orders will continue to roll out with the older version, and it's not clear if the new seat will be offered on the ULR configuration that'll fly between Singapore and Los Angeles (LAX) and New York beginning in 2018.

For now, all we know is that it's coming to the A380 fleet — starting with new deliveries and eventually making its way to the rest of Singapore's superjumbos. It's a step in right direction, though — an improvement that I imagine many SQ loyalists have been eager to see for some time.