6 Reasons to Visit the Greek Islands All Year Long 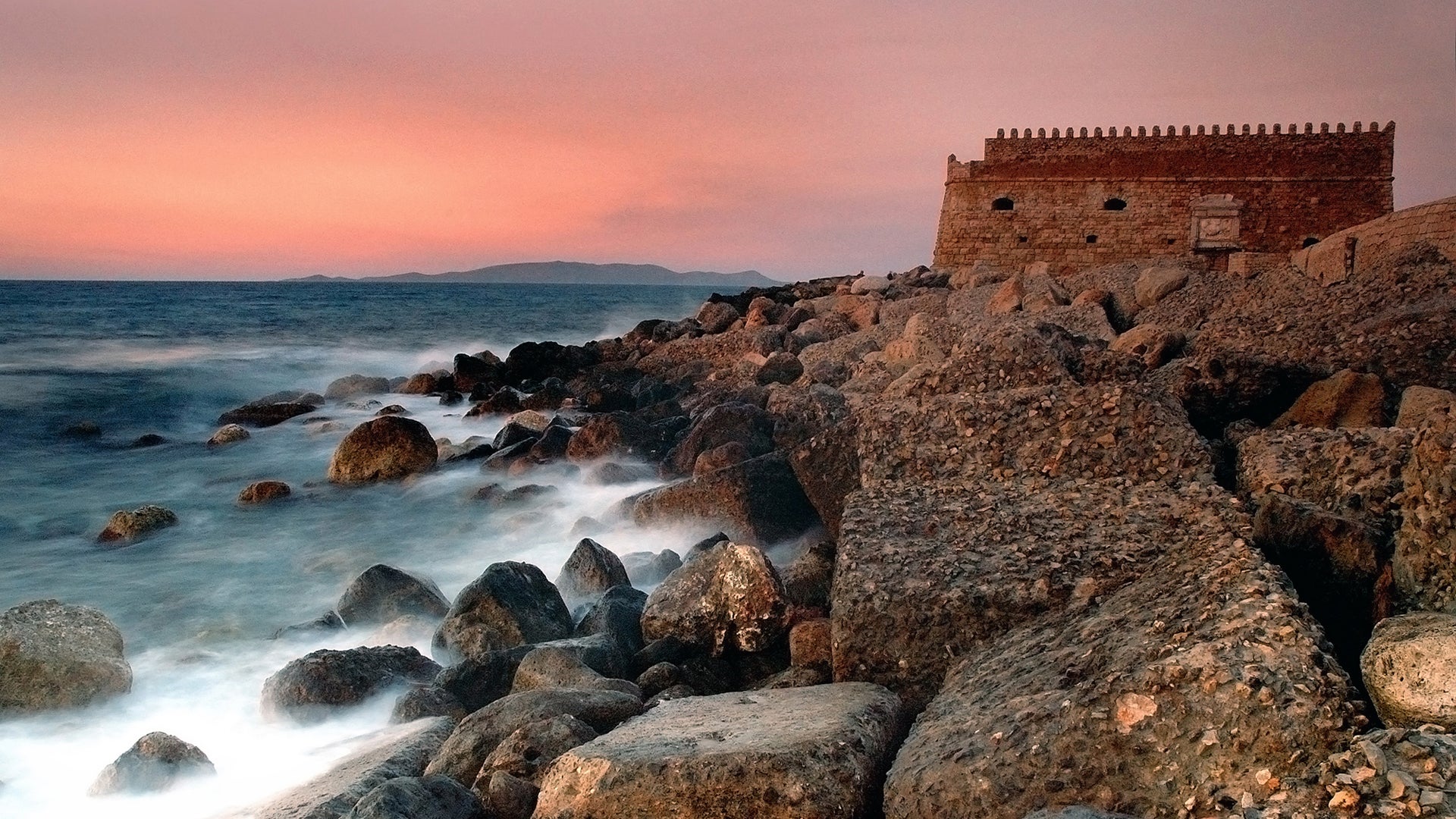 The Greek islands in winter? With great deals on Emirates making nonstop flights to Athens a year-round option, it almost seems foolish not to go Greek during the off season.

Though any mention of the Greek Islands instantly evokes images of epic sunsets in Santorini, Gigi and Bella Hadid cavorting on somebody's yacht and Pierce Brosnan trying very hard to sing Abba hits (in other words, they're synonymous with the balmy Greek summer), there's no reason to limit your trips here to the hot months. While it's true that party spots like Mykonos power down after September, many larger islands like Crete hum every season; and as for Santorini, well, the sun dropping over the caldera will knock your socks off whether it's July or January.

If setting out from Newark Liberty International Airport (EWR) isn't convenient, consider flying a long-haul low-cost carrier like Norwegian to London Heathrow (LHR) or Rome (CIA) and then connecting to Athens (ATH) on Aegean, a Star Alliance member.

You know a place that's named after Hercules is going to be cool. The largest city in Crete, called Iraklio in Greek, will never be Athens, but therein lies the charm: The pace is energetic but more relaxed, and there are more leisurely cafes and locavore restaurants packed inside the old Venetian fortifications than you can count. An example of the latter is Peskesi, where the succulent Cretan cuisine attracts legions of locals. Try to avoid the mostly touristy hotels clustered near the old Venetian port and book the one with the best breakfast in town (and the best swimming pool), the Galaxy Hotel. For a dose of ancient history, visit the fantastic, recently renovated archaeological museum or the Minoan ruins of Knossos just outside the city center.

Crete is a large island: 160 mountainous miles long and 35 even more mountainous miles wide. So, unless you're Hercules, you're probably not going to see everything in one trip, but that's OK. As beach season winds down, shift your focus to cities and scenery instead. Chania and Rethymno are the two other main towns (along with Heraklion) on the island's north coast, and each has an abundance of beautiful buildings, testament to the four centuries of Venetian rule on Crete. You'll need to rent a car — I've found AutoCandia to be one of the best options on the island — although there is also frequent bus service between the main towns. If you want to do a deep dive on Minoan civilization, visit the palace ruins of Phaistos south of Heraklion. The site is uncrowded and spectacular.

Santorini in winter? Absolutely: This Cycladic stunner was always about the vistas, never about the beaches. And those sweeping views over the caldera and romantic sunsets from the village of Oia are just a few of the things you can enjoy in the off-season without the legions of tourists that can make visits to the island in the high season a pricey exercise in frustration. To get that private-island feeling, stay in the village of Imerovigli, located halfway between the main town of Fira and Oia, at a great hotel like La Maltese. And no visit to Santorini is complete without a visit to the ruins of Akrotiri, the Minoan Bronze Age settlement buried in ash when Santorini's volcano blew up around 1627 BC. Pair it with a trip to the excellent Archaeological Museum of Santorini, which houses the famous blue-monkey frescoes and other finds from Akrotiri.

With its rich history and architectural gems, the eastern Aegean island of Chios makes for a great escape in any season. Sure, beaches like Mavra Volia (a volcanic black-rock beach) are at their best in summer, but you can explore ancient villages like Mesta and Vrontados any time of year. Byzantine Mesta is one of the so-called "mastic villages" in a region where unique resin from mastic trees is cultivated; it makes its way into a variety of products ranging from chewing gum to liqueur. The painted village of Pyrgi is among Greece's most Instagrammable spots, and just a few minutes from the main port, the Kambos Chiou is a region of fragrant citrus orchards.

5. For History Buffs: Rhodes and Corfu

They're on opposite sides of the Greek mainland — Rhodes being the largest of the Dodecanese Islands and Corfu the best-known of the Ionian Islands — but what links these two scenic and sizable isles is their strong sense of European history. Rhodes's location in the eastern Mediterranean lent it an important role during the Crusades, when it was occupied by the Knights of St. John, better known as the Knights Hospitaller. Its Old Town preserves a medieval flavor unique in Greece — it's also a UNESCO World Heritage site — while the whitewashed houses of Lindos are reminiscent of Mykonos.

Corfu, known as Kerkyra in Greek, was for centuries under Venetian rule, and the twisting lanes of its old town are a trip back in time. The Liston, an arched colonnade brimming with cafes, is especially iconic.

6. The Athenian Archipelago Is Always On

The Saronic Gulf is the inlet of the Aegean Sea that touches on Athens and is the home of several islands that are generally no more than two hours away by ferry from the port of Piraeus. Aegina is the closest to Athens — after the larger Salamina — and is worth a stop not only for its stunning hilltop Temple of Aphaia, which resembles the Parthenon, but for its tasty homegrown pistachios. Poros is a green island with a charming port separated from the mainland by a narrow sea channel. Rocky, car-free Hydra has a stunning natural harbor and a growing reputation as a gourmet getaway — it's also where singer Leonard Cohen had a home — while little Spetses, the most southerly of the Saronics, is where the power yachts come to drop anchor.

Have you been to the Greek islands in the off season? Tell us about your experience, below.