Where to Sit on Delta's Airbus A350: Economy 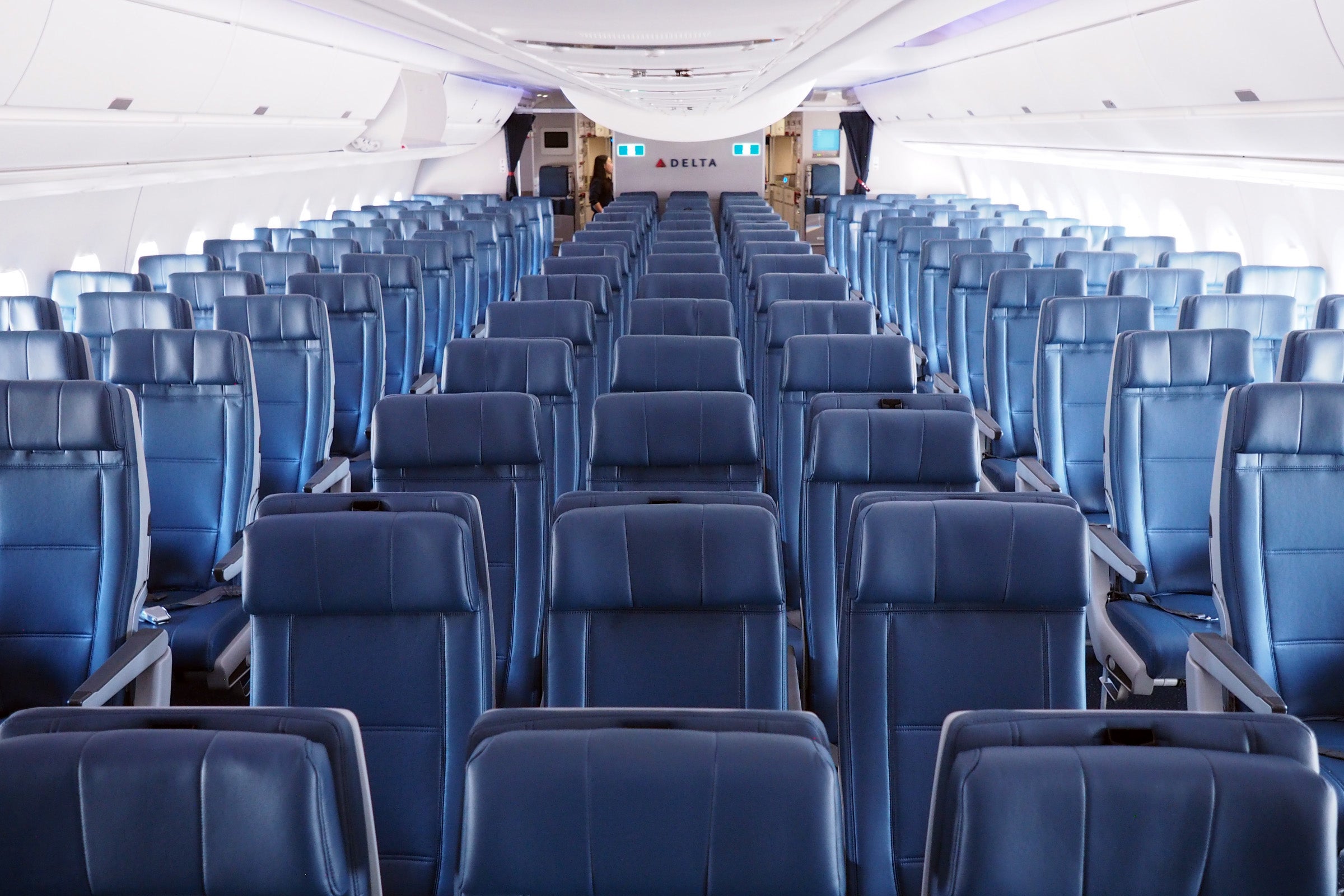 As excited as you may be about arriving at your intended destination, many frequent travelers feel nothing but dread when contemplating a 14-hour flight in economy.

On Delta's brand-new Airbus A350, though, the economy experience is bound to be far more tolerable than what you'll find on American and United's flagships — seats offer an extra inch of width, which is not insignificant — so if you have to book a ticket in coach on a US-based carrier, this is the plane you'll want to get.

Delta's A350 offers three classes of service: Delta One Suites, Premium Select and Main Cabin. Note that as this aircraft offers a true premium-economy cabin, it does not have any Comfort+ seating — instead, extra legroom seats are labeled as "preferred" and can be purchased or accessed free of charge by elites.

The plane launches on the Detroit (DTW)-Tokyo (NRT) route on October 30, 2017, and will soon fly to a handful of destinations within Asia, in addition to Amsterdam (AMS).

Naturally, you'll be most comfortable when traveling in Delta One Suites, followed by Premium Select, but as economy products go, Delta's Main Cabin offering is just about as comfy as they come.

Delta's economy section contains the majority of the A350's seats, with a total of 90 seats in the forward cabin, just behind Premium Select, and 136 in the larger rear cabin. I'm a big fan of the seats from a comfort perspective, but there's no question that Delta could have put a bit more effort into sprucing up the color scheme, as you can see in the video tour below.

Most seats are arranged in a 3-3-3 configuration, with the exception of the rear-cabin bulkhead, row 40, where you'll find two sets of paired seats.

At a time when even top-tier international carriers are adding an extra seat to each row of coach, Delta has committed to maintaining a 3-3-3 arrangement on its 777s, prioritizing passenger comfort over profits. While the A350's cabin isn't quite as wide, the same 3-3-3 arrangement is present here, with 18-inch seats, rather than the 17 inches we've been seeing on AA and United's flagships. A memory foam cushion also contributes to these being some of the most comfortable economy seats I've ever tried.

At 11 inches, the A350 also offers the largest economy displays in Delta's fleet.

The overhead bins are sizable as well, just as you'll find on all A350s.

The lavatories, on the other hand, are incredibly compact. I didn't pull out my measuring tape in the lav, but it certainly felt like one of the narrowest spaces I've come across on any plane.

My favorite economy seats are actually located in the rear cabin. If you're traveling as a couple, you can't beat 40B and C or 40G and H — both are arranged in pairs and offer tremendous legroom — we're talking enough space to pitch a tent. I'm also a big fan of the window seats just behind — 41A and 41J — since these are both missing a seat in front.

After that, I'd opt for aisle seats in the center bulkhead row — namely 30D and F, just behind Premium Select, and 40D and F at the front of the rear cabin. Note that bulkhead seats have displays that pop out from the armrest, though, so you won't be able to watch content during taxi, takeoff and landing.

All seats offer decent legroom, though, with at least 31 inches of pitch.

With a 3-3-3 arrangement, there are a lot of middle seats — that means roughly a third of the economy seats are worth avoiding entirely, in my opinion.

In both cabins, I'd avoid B, E and H seats, except in row 40, since that's where you'll find the pairs. If you have to choose a middle, go for an E seat in the center of the plane, since you'll be able to exit by stepping over the passenger both to your left and your right.

I'd also avoid the rear of both cabins, but especially the three center seats in row 55, since they're just in front of the main galley. Recline is also limited due to the bulkhead wall behind.

The A350's main galley is located at the far back of the plane, and I could easily see this space becoming fairly chaotic at various points during the flight. If you're hoping for peace and quiet, I'd avoid the last few rows of economy just to be safe.

To date, Delta has confirmed six routes to be operated by the A350:

I'm a big fan of the Airbus A350 in general, and I think it's safe to say that Delta's variant offers an all-around great experience in all three cabins. It'll obviously sting quite a bit to walk past the fantastic new Delta One Suite — and even Premium Select — on your way to the 3-3-3 economy cabin, but with decent legroom and ample padding, it's worth seeking out this plane even if you're planning to fly coach.