My Disastrous Experience at the Renaissance Philadelphia Airport 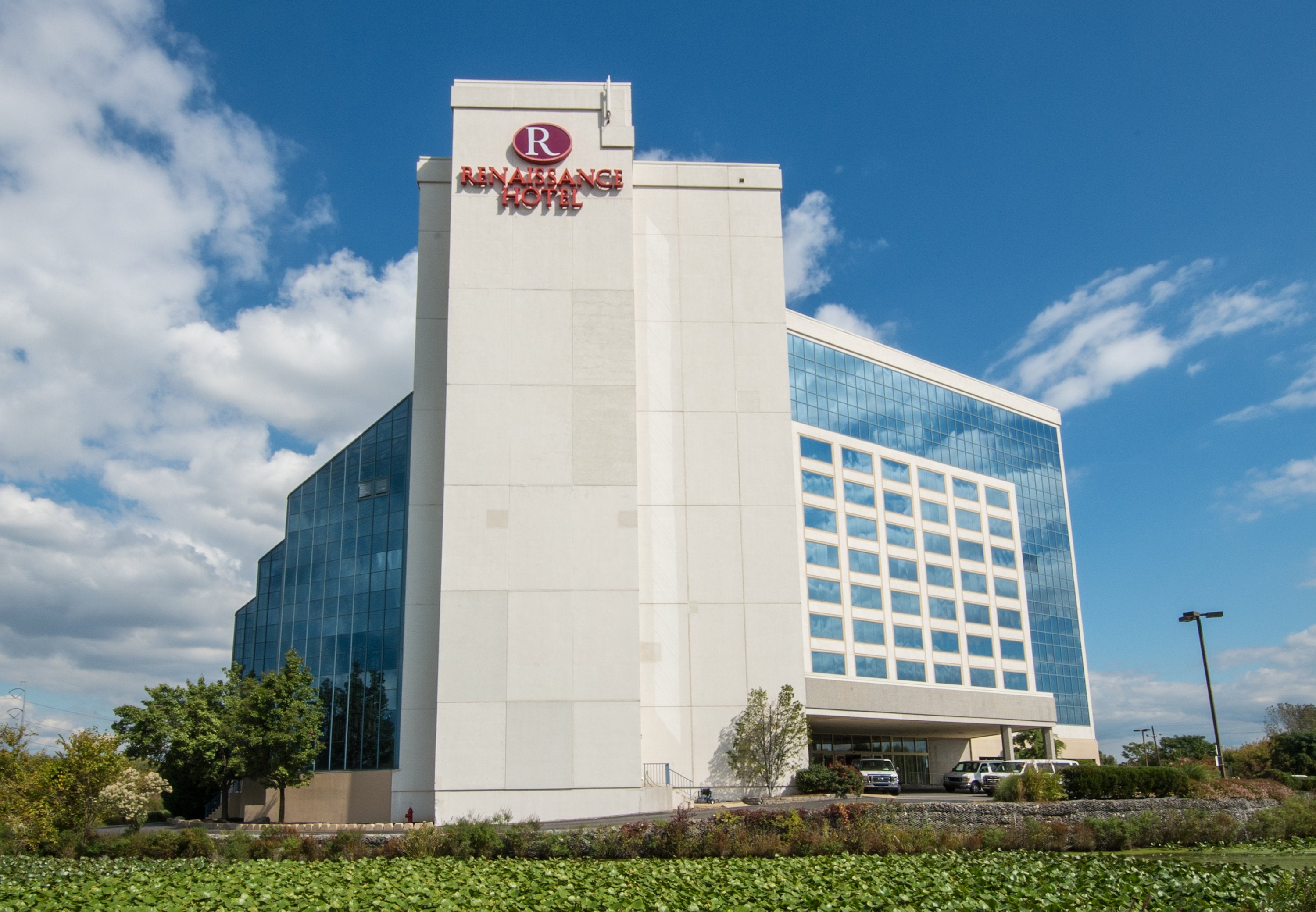 My Disastrous Experience at the Renaissance Philadelphia Airport
This post contains references to products from one or more of our advertisers. We may receive compensation when you click on links to those products. Terms apply to the offers listed on this page. For an explanation of our Advertising Policy, visit this page.

As a super frequent traveler, you need to learn to roll with the punches. Flights will be delayed. Turbulence will occur unexpectedly. People will be cranky in airports. However, as an SPG Lifetime Platinum and Ambassador and a Marriott Platinum member (due to reciprocity), when I pay full rate for a suite directly at Marriott.com, the last thing I expect at check-in is to be told the hotel wouldn't honor my reservation. And I certainly wouldn't expect being put in a room that hadn't been properly cleaned. Unfortunately, both of those things happened Monday night at the Renaissance Philadelphia Airport. My $468 king suite ended up being two double beds in a quasi-cleaned room — and that was only after I put up a fight since every single hotel was sold out in the city of Philadelphia.

Let me backtrack a bit. On Monday night, I had plans to take some of my family to the Eagles game in Philadelphia. Between the Monday night football game and a conference in town, Philly was jam-packed for the night — and I knew that going in. The city was so packed that the only hotel in the area that had availability for the one night I needed it was the Renaissance Philly Airport, for a king suite on the club level. I paid $429 plus tax, for a total of $468, for the one-night stay, which, at an airport hotel, is pretty ridiculous. I made the booking directly through Marriott.com, and my reservation noted my Platinum status.

Because I knew I would be late checking in, I had my assistant call the hotel around 10:15pm to explain that I would be arriving in a few hours. The agent whom he talked to confirmed that all was set and they would hold my room. So, when I arrived to the hotel around midnight, I was shocked when the front desk agent told me that he couldn't find my reservation by my name. He muttered something along the lines of, "Well, we don't have a room anyway."

Between the fact that I was exhausted and I had an 8:35am flight to Dallas for a huge day of meetings and a reader event, I gave him an incredulous look. He responded by saying that the hotel was fully committed for the night and it wasn't his fault.

Growing more and more frustrated by the minute, I told him that we had called to confirm my late arrival. He did say that my reservation had a noted late arrival but blamed the current situation on those working the earlier shift. At this point, my blood pressure started to rise because each second of tomfoolery meant less sleep, especially knowing that every other hotel in Philly was booked.

Finally, the agent said he was going to check on room 316. However, there was a chance that someone was already in it, and he wanted to go check it out rather than have me potentially walking in on someone. Totally fine with me, as I wanted to avoid that situation as well, especially given my recent debacle at the Hyatt Place Washington, D.C.

At this point it was 12:35am and I took to Twitter — sometimes it's best to leave it to social media teams to take care of situations the quickest.

Mind you, I am also an SPG Ambassador and lifetime Platinum member, which also gives me Marriott Platinum status because of the merger between the two. One of the Platinum benefits of the Marriott Rewards program is a guaranteed room on any paid stay, so around the same time I took to Twitter, I also called the SPG Platinum line, which transferred me to Marriott. The representative on the phone confirmed my Platinum status and called the hotel, which said they were working on it. Meanwhile, other customers were already going through the same situation, being turned down for rooms for which they had been confirmed.

Ultimately, the front desk agent came back down from cleaning the room himself and said the hotel "did their best" to clean it. If I wanted to decline the room, there was nowhere else to go. When I asked if the sheets were clean, they said "they should be" and the front desk agent, after hearing me question the cleanliness of the room that I paid $468 for, said, "Fine, then just have him go elsewhere."

I ended up choosing to head upstairs and check out the room. It was pretty gross. There were clumps of hair throughout the room and crumbs on the carpet and I still had no idea if the sheets I was about to sleep in had been changed from the previous guest. Not only that, but the next morning when I got up, the shower was clogged and the Wi-Fi speed was terrible — and I paid for premium Wi-Fi.

Check out my Facebook live from Monday night, including a view of the disgusting room:

Generally speaking, and my dirty room aside, I cannot believe this property is a Renaissance. Apparently, the hotel underwent some renovations a few years ago in the lobby and conference rooms, but the rooms were very motel-like. (Sorry, Aveda shampoo doesn't all of a sudden make a gross room chic.)

... TPG readers were enraged. Some even offered me places to stay.

Tuesday morning when I woke up early to head to PHL, I noticed a letter from the hotel. In it, they detailed what would be my compensation for the incident: a refund for my one night, free breakfast and an upgrade on a future Marriott stay.

My assistant also called the hotel on Tuesday morning and spoke with the property's general manager. He said that as of this morning, the hotel is still getting to the bottom of what went wrong, and we asked to let us know what happened when they figure it out.

At the end of the day, I probably should have just left the property and gone to a nearby suburb, but my time was so limited. And also having lived in a fraternity house in Pittsburgh, I've definitely slept in worse rooms — even though this room was still right up there as far as being dirty.

Overall, bad experiences happen. I get that. I got a room, but there were several other livid guests getting declined. Hotels have to get better about overbooking during extreme peak periods.

You have to take things like this in stride, but the GM and revenue manager of this property managed the rooms poorly, and I have to share my experiences — good or bad. I couldn't care less about compensation now, but it is nice to know that the property refunded the stay, offered me complimentary breakfast and an upgrade on a future stay. I'm disappointed in the situation, but I hope there is something to be learned here from the hotel perspective.

Update 10/24 1:00pm ET: Both the GM of the hotel and the VP for the Philadelphia region of the Pyramid Hotel Group have reached out to me and are looking into the matter.