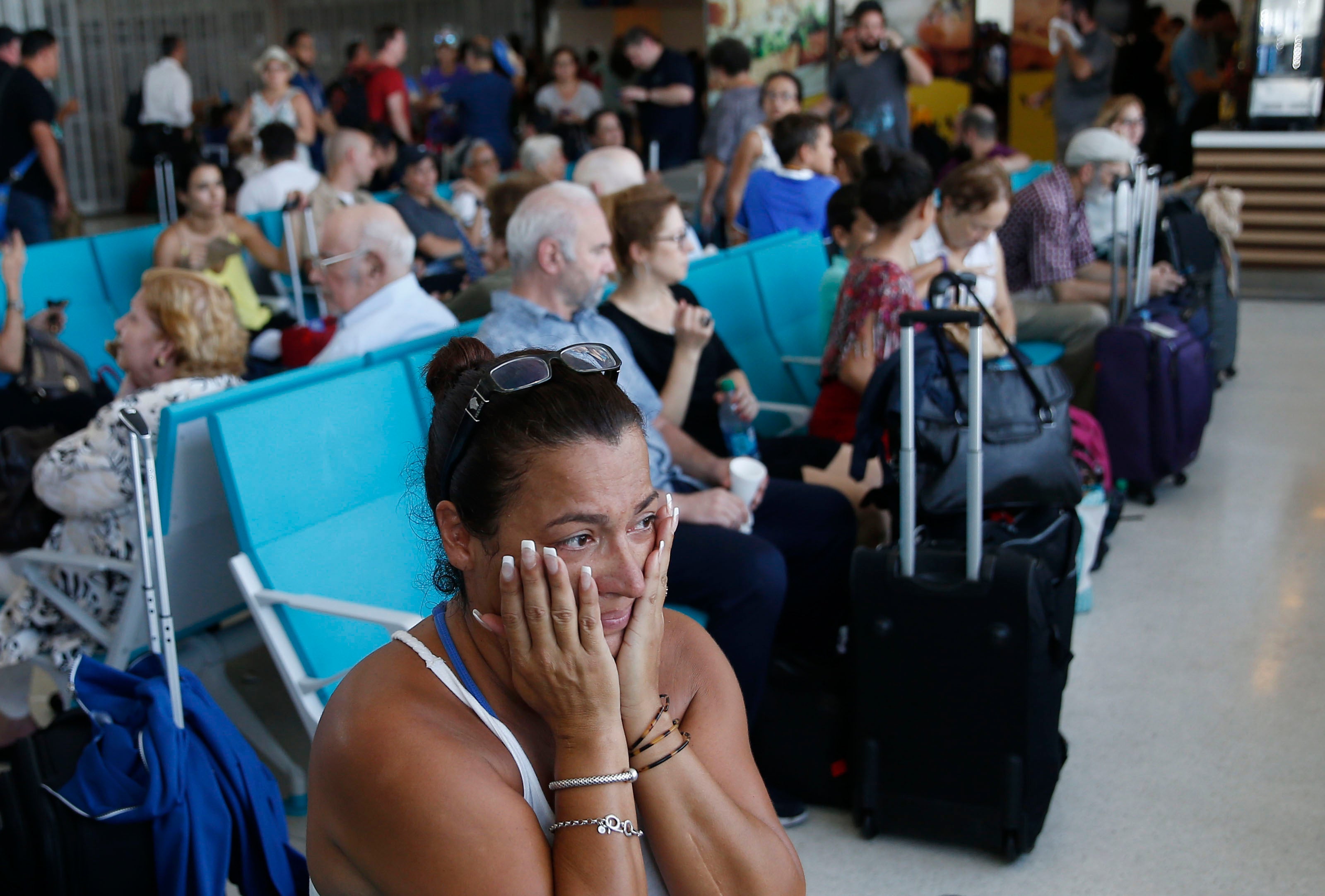 These Are the Airlines Serving Puerto Rico in the Wake of Hurricane Maria
This post contains references to products from one or more of our advertisers. We may receive compensation when you click on links to those products. Terms apply to the offers listed on this page. For an explanation of our Advertising Policy, visit this page.

Click here to donate to our fellow citizens in Puerto Rico who desperately need our help.

After a disaster one of the most important things is being able to get into, and out of, the affected area. After Hurricane Maria hit Puerto Rico last week, travelers, Puerto Ricans and disaster-relief workers have been trying to get to the island, or to leave it. but have encountered many difficulties.

Ordinarily, many flights reach Puerto Rico, a US territory about 1,000 miles southeast of Miami. But San Juan's main international airport (SJU) was severely damaged and is still not running at full capacity. Radar and other flight control functions are not fully operational and fuel is limited. The air conditioning isn't working, because power is out on most of the island, and The Daily Beast reports that some airlines have 20,000 people on their waiting lists.

Airlines capped fares last week in anticipation of the hurricane hitting the US territory, and some have added a continuation of those caps — but there have been reports of price gouging. Singer Ricky Martin, who is Puerto Rican, posted this earlier this week:

After searches on Friday, most airlines seem to be capping one-way fares to the island at no more than a few hundred dollars, although we have seen some exceptions depending on date and airport.

A report from CNN on Wednesday showed some of the harsh conditions in the airport, with animals and people strewn across the floors.

As flights slowly return, things in San Juan seem to be a little calmer.

As of Friday at midday, here is what we know about the major airlines operating in and out of San Juan:

American has capped one-way non-stop fares through October 8. Prices are $99 for main cabin seats while premium cabin seats are $199. The airline is operating 7 round-trip flights Friday from San Juan. It has operated more than 27 flights since September 22, with 69% of them being widebody aircraft — twin-aisle jets that carry more passengers and cargo than the single-aisle jets generally used by American at SJU — and have delivered over 466,000 pounds of relief supplies.

According to a statement on its website, Delta has:

Delta will operate nine commercial flights to and from San Juan on Friday, plus one humanitarian flight.

Frontier Airlines is flying to Puerto Rico, where drinking water is scarce, cans of water provided by a brewery based, like Frontier, in Denver. The first flight will land Friday and will return with stranded travelers, according to statement by a Frontier spokesperson.

JetBlue said in a release that it's currently operating six daily flights to Puerto Rico and has airlifted more than 3,000 customers on over 21 flights from San Juan and Aguadilla through September 27. The airline has also capped fares through November 15 as follows (some restrictions apply):

The carrier has also operated multiple humanitarian flights to the island. It has launched an initiative called 100x35 — from the size in miles of Puerto Rico — in which it commits to launching 35 initiatives for Puerto Rico in 100 days.

Southwest resumed flights Thursday with a limited schedule, although the airline said "seat availability is extremely limited due to high demand."

According to a tweet from United, the airline resumed limited flights to San Juan from Chicago (ORD) and Newark (EWR) on Wednesday.