What We Know About Classified, United's Secret New Restaurant at Newark Airport 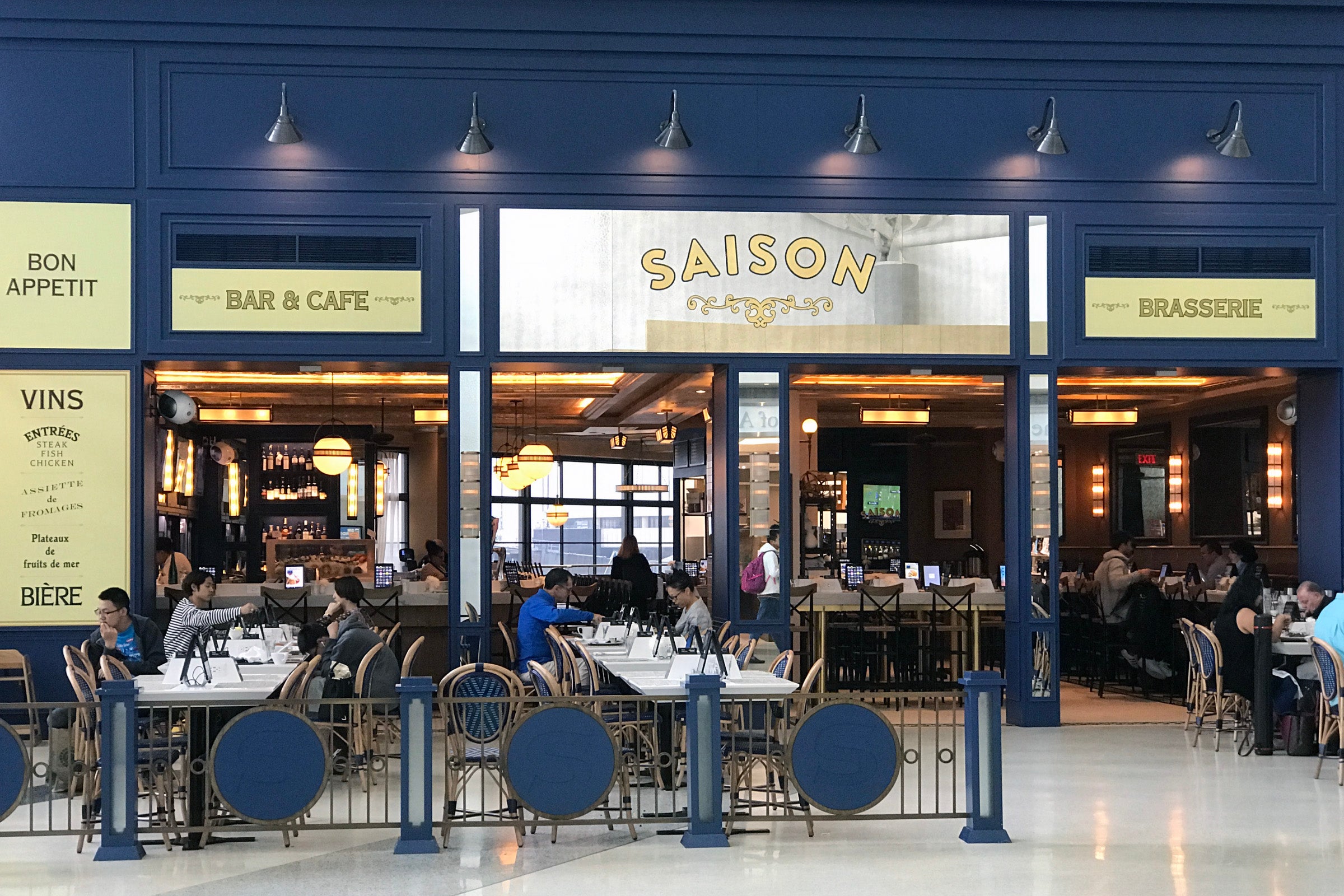 The frequent flyer world is abuzz with word of a "secret" new restaurant at Newark's Terminal C, United's largest terminal in the NYC area. United's been working to completely revamp the food and beverage spaces there in partnership with a company called OTG — I went there to check out the world's first 24/7 airport bakery last month, and I just happened to be passing through when word of a new restaurant popped up Tuesday morning.

It's Not So Classified

The new restaurant is called "Classified," but since United began sending out email invitations Monday evening, word spread pretty quickly. The cat's out of the bag, but unless you have an invitation, too, simply knowing about the restaurant won't do you much good when it comes time to get in.

I did some sleuthing as soon as I walked off my plane Tuesday morning, and even though it doesn't open until Thursday, it didn't take long to zero in on Classified's location.

What gave it away? Well, United posted the menu online (more on that below), and the items and prices seem to line up quite nicely with those at Saison, a French bistro in Terminal C.

I've actually had a fantastic meal at Saison, including a perfect filet:

I imagine the food at Classified will be just as good.

Who Can Get In

According to this FlyerTalk thread, a few United MileagePlus members have received email invitations, which is how word began to spread, with the following introduction:

We're pleased to welcome you to dine at CLASSIFIED, an invitation-only, contemporary restaurant at Newark Airport. The creators of CLASSIFIED have created a bright and airy dining space that's hidden away for those lucky enough to get an invitation. On the cutting edge of airport dining, CLASSIFIED offers a menu that's inspired by upscale American cuisine with seasonal ingredients and tableside service. We're offering reservations to select United customers only, and we want to make sure you're at the top of the list. Reserve a table today to experience this unique, new restaurant that's the first of its kind.

The invitation prompts you to log in on this dedicated page, and I gave it a shot:

But no, I wasn't preselected, even though I'm now a million miler and a Premier 1K member with United. I clicked to register my interest earlier Monday, but have yet to receive an email confirmation or invite — with the restaurant not yet open, perhaps it'll take a few days, assuming I'm deemed worthy of the Classified experience.

While a handful of FlyerTalk members appear to have access, nobody at TPG got the nod. Matthew from Live and Let's Fly was similarly unsuccessful.

What's on the Menu

A secret restaurant should have a secret menu, right? Well, United's posted it online.

Here's what to expect for breakfast:

These prices are steep. We're talking high-end Manhattan steakhouse steep. An "exclusive" experience alone won't make it possible for leisure travelers to justify paying this much, especially if they're about to eat (or will at least have the opportunity to) on a plane. So the food will need to be spectacular.

There is a bit of relief, though: Customers with a co-branded United credit card linked to their MileagePlus account, such as the United MileagePlus Explorer Card, get 20% off at most of the Terminal C dining establishments. That will almost certainly apply at Classified as well.

Once United's Newark Polaris Lounge opens in 2018, I imagine anyone with access will opt to dine there instead. But customers flying domestically or in economy overseas will likely have a reason to visit Classified for their pre-flight feast, especially if work is footing the bill.

Did you get a Classified invitation?