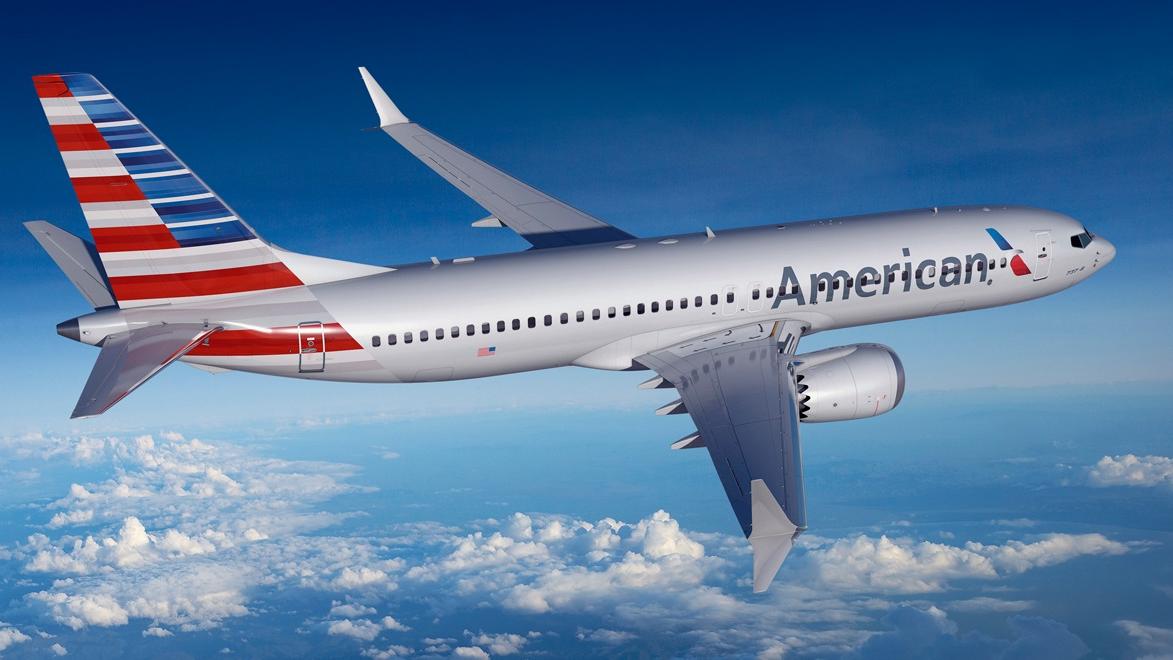 Here's the First Scheduled 737 MAX Flight for American Airlines
This post contains references to products from one or more of our advertisers. We may receive compensation when you click on links to those products. Terms apply to the offers listed on this page. For an explanation of our Advertising Policy, visit this page.

American Airlines flyers: prepare yourself for 30-inch pitch. According to AirlineRoute, American loaded the first scheduled flight for its new 737 MAX over the weekend. The first scheduled revenue flight for AA's newest aircraft type will be November 29, 2017 from Miami (MIA) to New York's LaGuardia (LGA). However, the 737 MAX might be substituted into service before then.

AA's first 737 MAX 8 rolled off the assembly line two weeks ago, but AA may be waiting to have a few before it puts these aircraft into service. Want to fly the inaugural? It's going to cost you a lot of points or cash. According to AA.com and ExpertFlyer, there's no MileSAAver AAvailability on this first flight:

While this might seem like a lot, it's actually getting you a theoretically good value on your AAdvantage miles. Other nonstops on the MIA-LGA route that same day are going for $69 one-way, but AA is selling seats on the inaugural for $900 one-way in economy... or $340 in first class:

Similarly, weird pricing happened when American Airlines first loaded its basic economy fares — leading to absurd $1,785 one-way fares on short flights between Miami (MIA) and Tampa (TPA). As with that situation, we will likely see the prices for these flights normalize soon. Plus, there are plenty of economy seats on these aircraft, meaning you probably don't have to worry about it selling out anytime soon.

While AvGeeks may love to be on an inaugural, this plane isn't one that most travelers will want to seek out. This is the aircraft that's going to have just 30 inches of pitch in economy — less than what Ryanair is installing on the same type of aircraft — and no in-seat in-flight entertainment screens. That said, AA is installing ViaSat satellite-based WiFi on these aircraft, which should be a significant improvement over what you're going to find on most Gogo-enabled flights.

Inaugurals aside, there's not just one 737 MAX flying on MIA-LGA on November 29. AA has three scheduled 737 MAX flights that day on just this route:

According to RoutesOnline, AA's 737 MAX will operate this schedule daily from November 29 to December 14, before American changes things up around the holidays:

I can sense some of you thinking "Phew, I just won't fly American Airlines between MIA and LGA." While that strategy will work for a bit, it won't keep you safe from these planes for long. American Airlines is buying 100 of these 737 MAX aircraft.

The first 737 MAX is scheduled to be delivered by the end of September (at the latest) with a total of four deliveries expected in 2017. Another 16 aircraft are scheduled for 2018 and then another 20 per year from 2019 to 2022. Of course, aircraft orders and deliveries are always subject to change.

Are you going to seek out a flight on AA's new 737 MAX? Let us know in the comments below.