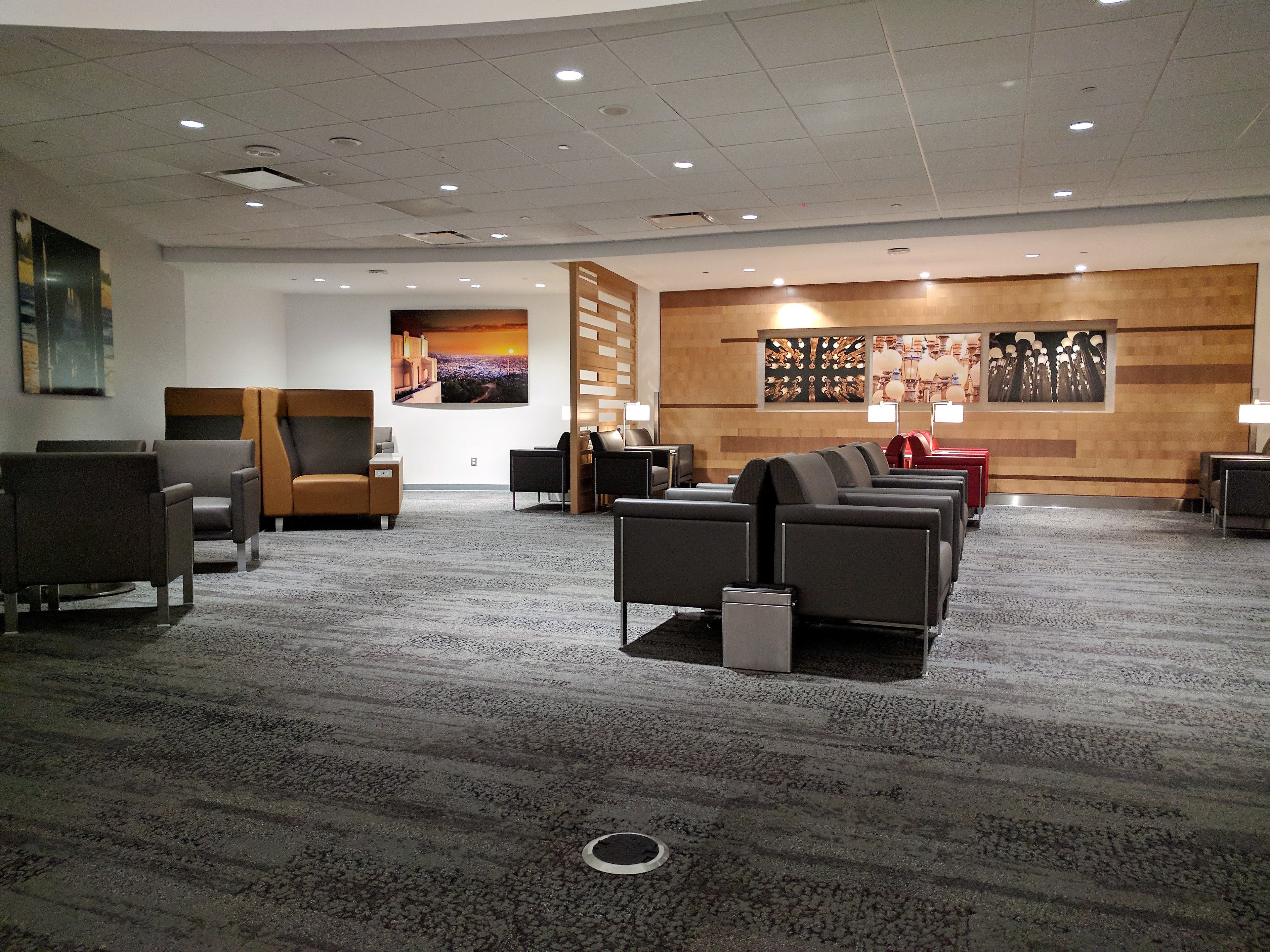 First Look: American Airlines' Brand New LAX Terminal 5 Admirals Club
This post contains references to products from one or more of our advertisers. We may receive compensation when you click on links to those products. Terms apply to the offers listed on this page. For an explanation of our Advertising Policy, visit this page.

American Airlines is in the middle of a big remodel in Los Angeles (LAX). And, like anyone who's tried to live in a house while it's being remodeled knows, sometimes it's not pretty. But, the hope is that it'll all be worth it in the end.

That's how things have been going with American Airlines' LAX Admirals Club lounges. After taking over the LAX Terminal 5 lounge from Delta, AA has been redoing the lounge to make it its own. Meanwhile, AA's Terminal 4 lounge has been closed bit-by-bit as the airline has tried to remodel it without closing it completely. This made for some embarrassing lounge experiences, especially when stacked up against Qantas' world-class LAX first class lounge.

AA decided enough was enough and announced it would close the T4 lounge completely in order to speed along renovations, on September 5. The only question was if AA was going to be able to finish and open the new T5 lounge before this date. Sunday morning we got our answer: yes.

American Airlines opened its brand new Terminal 5 Admirals Club Sunday morning at 5am Pacific Time. TPG reader Peter G had the honor of being the first guest in the new lounge, and he emailed us about it:

The new lounge offers the updated furniture and amenities of the recently-renovated lounge in PHX (new seats, more power outlets, touchscreen soda fountain, new espresso maker, etc...) on a larger scale. It's about the size of the flagship lounge in JFK or the Terminal C lounge in CLT. I was also surprised to see they have showers available.

Here are his photos from the experience:

Some of the seating areas seem like they could be found anywhere in any of AA's updated Admirals Clubs:

Other seating areas have a distinct feel to them, such as this airy seating area with a nice aviation theme:

And this is the sharp new look of the new Admirals Club dining area. However, one thing Peter G. noted is that the lounge is still waiting on a liquor license, so the bar is going to be dry until AA gets that sorted out:

Note that you might not find the lounge very easily. Peter G. noted that "there aren't any signs up yet pointing to the lounge, just one inconspicuously set outside the elevator." This is intentional as this lounge opening is a "soft opening" while final tweaks are being done to the lounge.

What do you think of the new lounge?