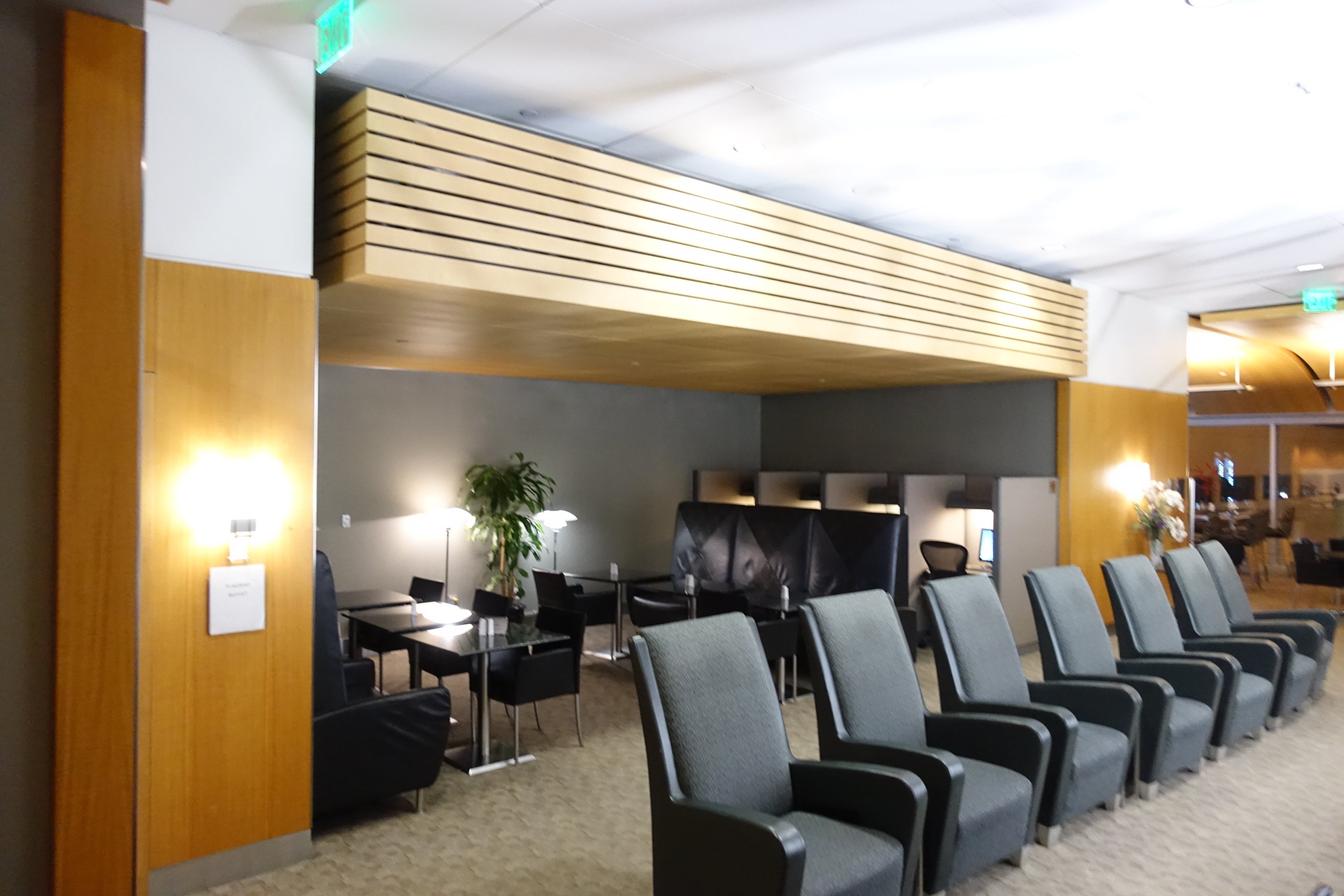 Before a recent first-class flight on American Airlines from Los Angeles (LAX) to Hong Kong (HKG), I got a chance to experience both the Qantas International First Class Lounge and the American Airlines International First Class Lounge, which will be revamped later this year as a Flagship Lounge. I figured I'd visit both and compare them since AA first-class passengers get access to both of these when traveling internationally. And as you'll see, there is a world of difference between these two lounges.

How to Get In

The American Airlines International First Class Lounge, on the other hand, is accessible to:

Although it's a little out of the way — you'll have to head over to the Tom Bradley International Terminal — a trip to this lounge is definitely worth the time. I had a four-hour layover so I was really looking forward to checking it out. On my way over to the lounge from American's domestic flight terminal, though, I was held up by a screaming TSA woman — you can read about my harrowing experience in this AA first class flight review. I was eventually able to get through and under normal circumstances, it's about a 10-15 minute walk through the new TBIT connector tunnel.

First off, I have to say that the Qantas lounge was 1,000 times better then the American Airlines lounge I'd visited earlier.

There was a large bar, which offered plenty of drink options.

It's got an amazing menu and you've got to try the Hamachi Tartare with Peppers.

I ordered a glass of Taittinger Rosé Champagne, which usually runs more than $65 per bottle.

The fried squid was simply perfect.

The Vegetarian Bibimbap was on point.

While the lounge is supposedly only open until 11:30pm, access is available until 12:15am because there’s a Cathay Pacific flight that leaves at 12:55am.

Walking into the AA lounge, I had to use the stairs because the elevators were out of order, which you can see at 1:15 in my Snapchat story:

In fact, there was a lot of work going on while I was there.

Despite being so late, plenty of seating was available.

There is no table service or waiters — the "flagship" dining experience is currently a buffet.

Honestly, it was all pretty unappealing — there was a really heavy, creamy pasta that had probably been sitting out for hours.

American Airlines is basically in the process of redoing the Flagship First Dining in the Flagship Lounge and the food is supposed to be a heck of a lot better then what I experienced here. And, you know, having a bartender in an international lounge would be nice.

The Qantas First Class Lounge beats American's first-class lounge experience hands down. AA's lounge is outdated, under construction and the food is uninspired. If you have to choose between the two lounges, definitely head to the Qantas lounge. It's chic and offers better dining, drinks and décor; the sit-down meal service is just the cherry on top. AA still has a long way to go if it wants to catch up to Qantas. Hopefully, once it relaunches its space as a Flagship Lounge with Flagship First Dining, it'll be a little closer.

Have you been to either of these lounges? Share your experience with us, below.