State of the Electronics Ban — Who's Cleared, Who's Still Banned 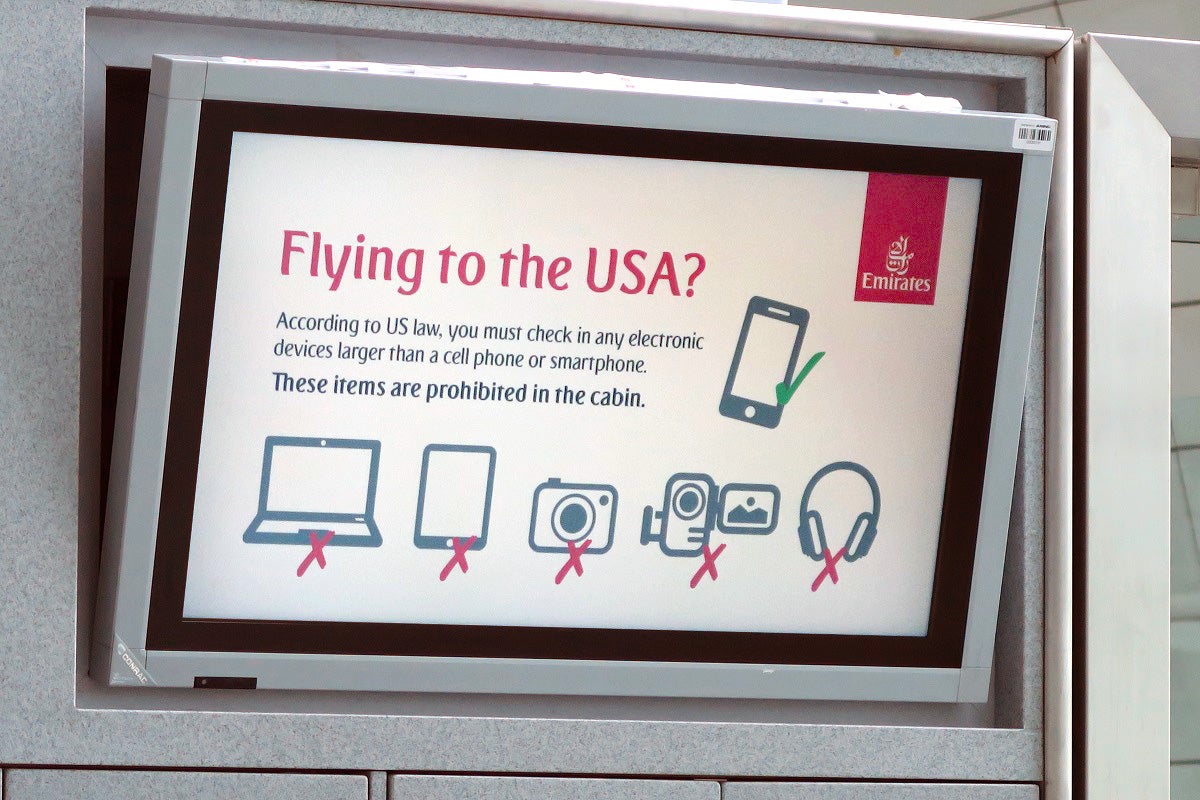 Just a couple of weeks ago, the Department of Homeland Security (DHS) Secretary John Kelly told lawmakers that an expansion of the electronics ban to European airports was "likely and imminent." Since then, things have changed. Rather than expanding, the large carry-on electronics ban has retracted. Abu Dhabi (Etihad), Doha (Qatar), Istanbul (Turkish) and Dubai (Emirates) are off the list. Saudia says that it expects to be cleared by July 19. With all of the recent changes, here's where the electronics ban currently stands.

The large carry-on electronics ban affected nine airlines across 10 airports in eight countries. This ban was made official on March 21, with airlines given just 96 hours to fully comply — or lose their right to operate flights to the US. All nine airlines pulled it off, with some introducing gate-checking of electronics and loaner laptops within a week.

The United Kingdom — sharing the same intelligence data as the United States — also rolled out a similar electronics ban. There was one noticeable difference: The "Middle East Three" (Emirates, Etihad, Qatar), along with Kuwait and Morocco, were absent from the UK's list.

As of publication date, some of these airports are meeting the newly released requirements and getting cleared from the US electronics ban. Here's the current state of affairs:

Despite plenty of speculation and discussion, no European airports have been subject to the electronics ban (except Istanbul, which is technically in Europe), but it's going to take some effort to stay off the list. The DHS is requiring all airports with nonstop flights to the US to comply with a laundry list of new regulations. If airports meet these requirements, then it's business as usual. If the DHS determines that some airports aren't fully complying, the large carry-on electronics ban will include these airports.

Tips for Flying Through Still-Banned Airports

What happens if you're still flying from one of the affected airports? First, it's important to remember that the ban only affects nonstop flights from the affected airports to the US. If you're flying from Cairo (CAI) via London before heading back to the US, you can keep your electronics with you the whole time — but not if you're on an EgyptAir nonstop from Cairo (CAI) directly to the US. No flights departing the US are affected.

Next, it's important to know what's banned and not. Technically, any electronics that are larger than a smartphone are banned. For some airlines, this is being applied to noise-canceling headphones; they're electronics and larger than a phone. But this rule isn't being consistently enforced.