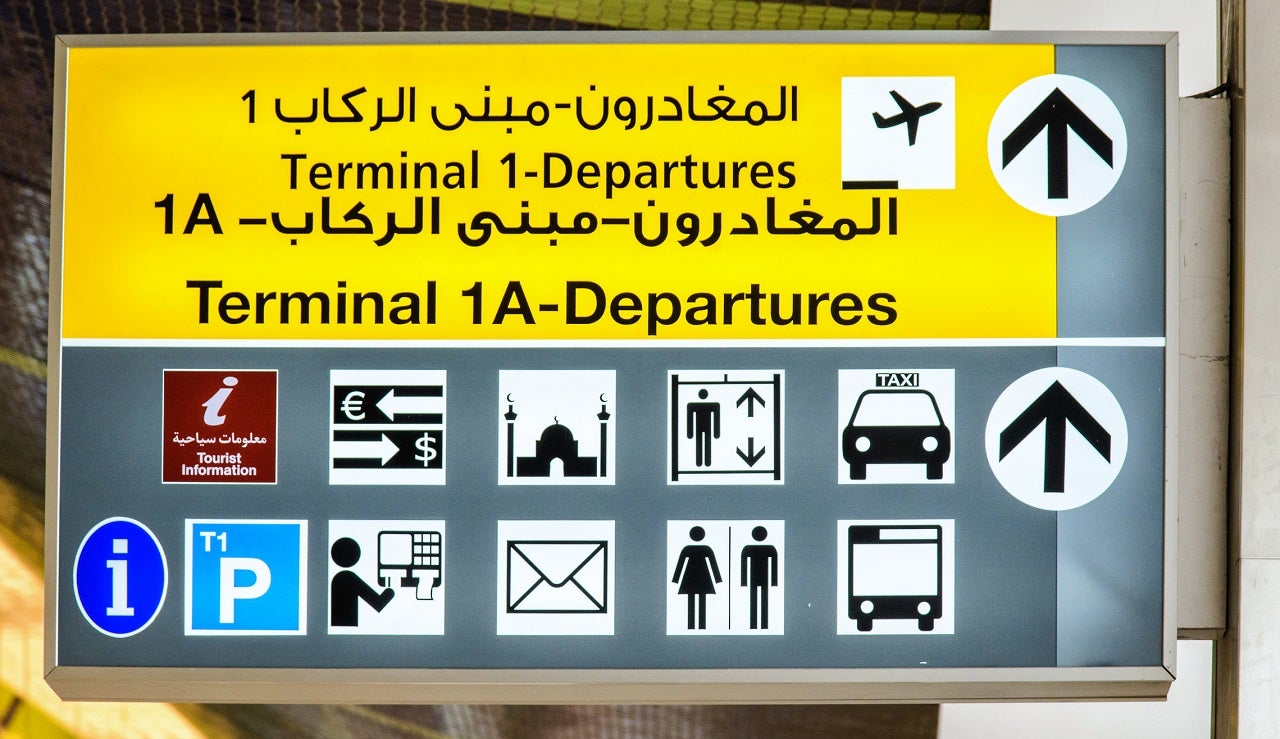 It's Official: Electronics Banned on Direct Flights from Middle East & Africa
This post contains references to products from one or more of our advertisers. We may receive compensation when you click on links to those products. Terms apply to the offers listed on this page. For an explanation of our Advertising Policy, visit this page.

This week, the Department of Homeland Security (DHS) and Transportation Security Administration (TSA) issued an emergency security directive banning large electronic items from carry-on luggage on direct flights from certain Middle Eastern and African airports to the United States. Affected airlines are required to implement this carry-on electronics ban within 96 hours of the issuance of the directive, so these policies can go into affect anytime between now and Saturday at 3am.

Electronic devices "larger than a cell phone/smart phone will not be allowed to be carried onboard the aircraft in carry-on luggage," according to the DHS statement. Note that cell phones and medical devices are not banned at this time. Specific items that are banned include:

The Department of Homeland Security insists that this electronics ban is "not airline- or country-specific, but airport-specific." The ban covers direct flights to the United States from 10 airports across 8 countries:

The DHS statement actively attempts to downplay the extent of this ban:

Upon questioning, senior administration officials were quick to point out that no US carriers operate direct flights to/from the affected airports. But, there are nine foreign carriers that do operate direct flights from the listed airports to the United States: EgyptAir, Emirates, Etihad Airways, Kuwait Airways, Qatar Airways, Royal Air Maroc, Royal Jordanian Airlines, Saudia and Turkish Airlines.

When DHS officials were asked about the penalty for non-compliance, a senior administration official responded that the DHS would work with the FAA to revoke that airline's certificate to operate flights to the United States if the airlines failed to comply.

Reason for the Ban

The DHS statement provides the following explanation for the ban:

Evaluated intelligence indicates that terrorist groups continue to target commercial aviation and are aggressively pursuing innovative methods to undertake their attacks, to include smuggling explosive devices in various consumer items.

Length of the Ban

The DHS states that "The new procedures remain in place until the threat changes." So, the ban is currently indefinite.

While TPG agrees that safety is of the utmost concern, the motivations behind the extent of this electronics ban seem suspect. Credible intelligence would seem to lead to extra precautions in a few airports, not 10 airports spanning 8 countries. Also, this ban specifically targets hubs for all three of the "Middle East Three" (ME3) airlines — US-based airlines have been complaining about these airlines for years, mostly in reference to what some see as improper government subsidies.

Notably, the only flights affected by this ban are those that originate from certain airports and are headed directly to the United States. But it provides no protection from passengers connecting from one of these airports through another airport, remaining inside the secure area and then boarding a flight to the US.

Abu Dhabi (AUH) — one of the ten airports affected by this ban — even has a US preclearance facility, meaning that all passengers clear US customs and border protection before boarding their flight to the US. These passengers arrive in the United States without having to recheck their baggage or clear additional security. Still, these passengers won't be able to take large electronic devices on-board the flight.

One thing we know for sure: these nine airlines now have less than 96 hours to develop and implement a large electronics carry-on ban — with the threat of being banned from flying to the US if they don't get it right. It's unclear if airlines will implement the ban in the next couple of days, or if these airlines will wait until the 3am Saturday morning deadline.

What questions or concerns do you have about the large electronics carry-on ban?