Following the Ban, Emirates Will "Gate Check" Your Electronics

Articles
Emily McNutt is The Points Guy's Global News Editor and is based in London.
Follow
March 23, 2017
•
3 min read 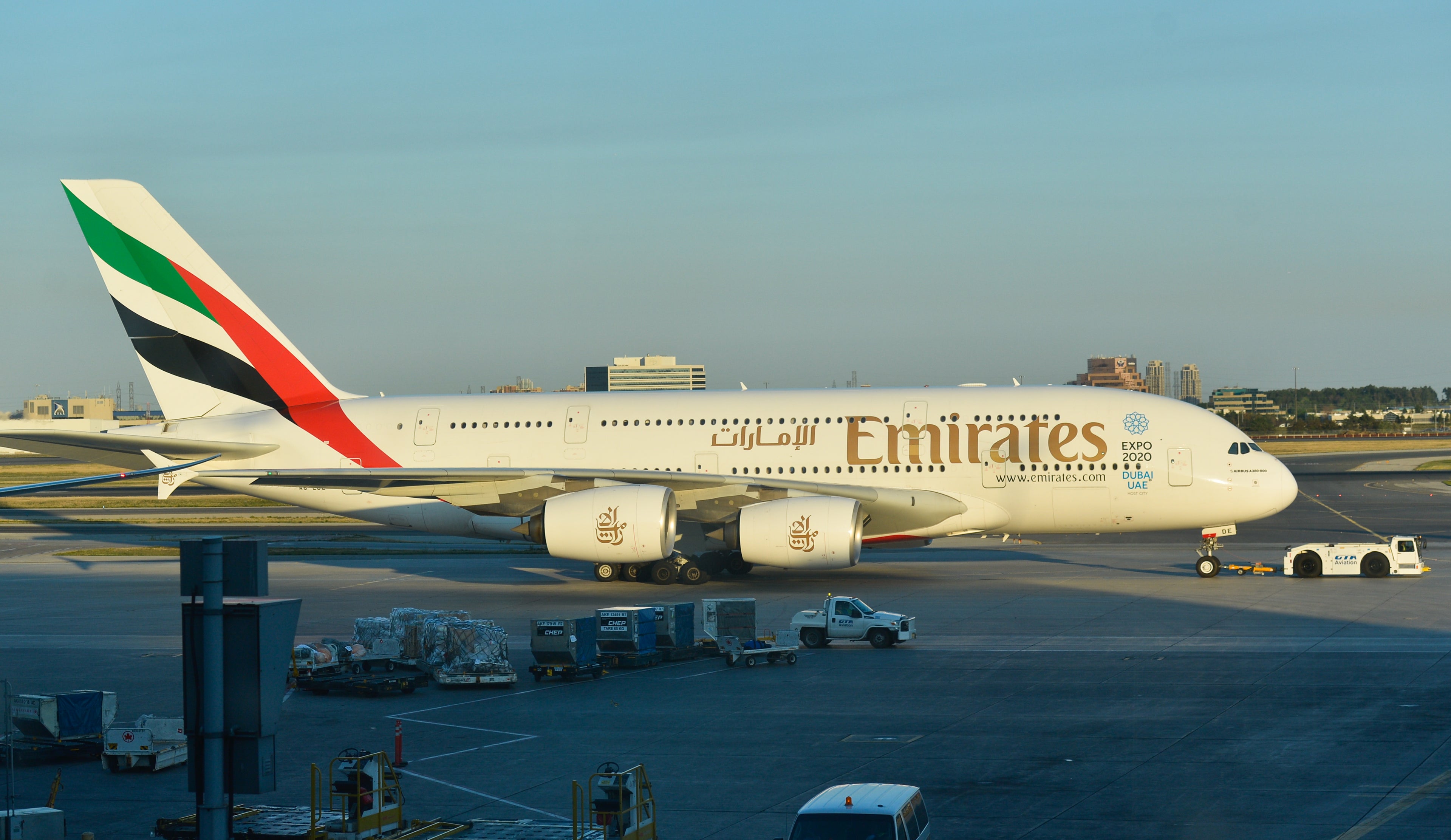 Following the Ban, Emirates Will "Gate Check" Your Electronics
This post contains references to products from one or more of our advertisers. We may receive compensation when you click on links to those products. Terms apply to the offers listed on this page. For an explanation of our Advertising Policy, visit this page.

Update: 3/24/17: Since Emirates' announcement, Turkish Airlines has also announced that it's introducing an electronics "gate check" option. You can find the full details on the carrier's website.

Since the electronics ban was announced (mistakenly, at first, by Royal Jordanian and then as a US security directive), the airlines that have been affected have had to figure out both how to implement plans to comply. Some have taken to social media to voice their concern, or, in some cases, snarky feedback regarding the ban, and some are scrambling to come up with a strategy for dealing with the implications.

Emirates is the first of the nine affected airlines to announce a strategy that'll benefit travelers. The Dubai-based carrier is hoping to mitigate the impact of not being able to use larger electronics on board as much as possible. In a release today, Emirates shared that it'll allow travelers who are transiting through Dubai (DXB) to use their laptops and tablets until just before they board flights to the US. It's worth noting that in the statement, the carrier also noted that passengers who are originating in DXB are encouraged to pack their electronics in their checked luggage, as opposed to those who are transiting through the hub.

With the free service, passengers will be allowed to "gate check" their electronic device, such as a laptop, right before they board the plane and on the first leg of their journey. That way, they can use their devices in the airport with as little disruption as possible. The device will be handed over to security staff at the gate before boarding their US-bound flight. Emirates will then pack the devices into boxes and load them into the aircraft hold. Once you arrive in the US, Emirates will return your device to you, presumably upon deplaning.

With this announcement, we also gained some insight into how this new ban might be enforced. Emirates said that there will be detailed searches of all hand baggage on nonstop flights from DXB to the US. As mentioned earlier, the airline is encouraging passengers whose travel originates in DXB to check their electronics from the get-go to avoid delays in the boarding process due to the extensive searches. The carrier says that it's deploying extra staff at the airport to ease and assist passengers.

On another note related to the electronics ban, there was some confusion if Emirates' 5th Freedom routes to the US from Milan (MXP) and Athens (ATH) would be included in this ban. However, in this announcement, Emirates confirmed that the regulations don't apply to its US-bound flights from Milan and Athens.

We're glad to see Emirates taking action in hopes of softening the harsh blow, especially for business travelers. The ability to "gate check" your laptop still allows you to work up until it's time to board, and you'll have the chance to disconnect and actually enjoy your flight. It'll be interesting to see how this strategy plays out on the ground — TPG Community Manager JT Genter will be reporting from Dubai on his return to the US this weekend, so stay tuned for continuing coverage of the electronics ban.