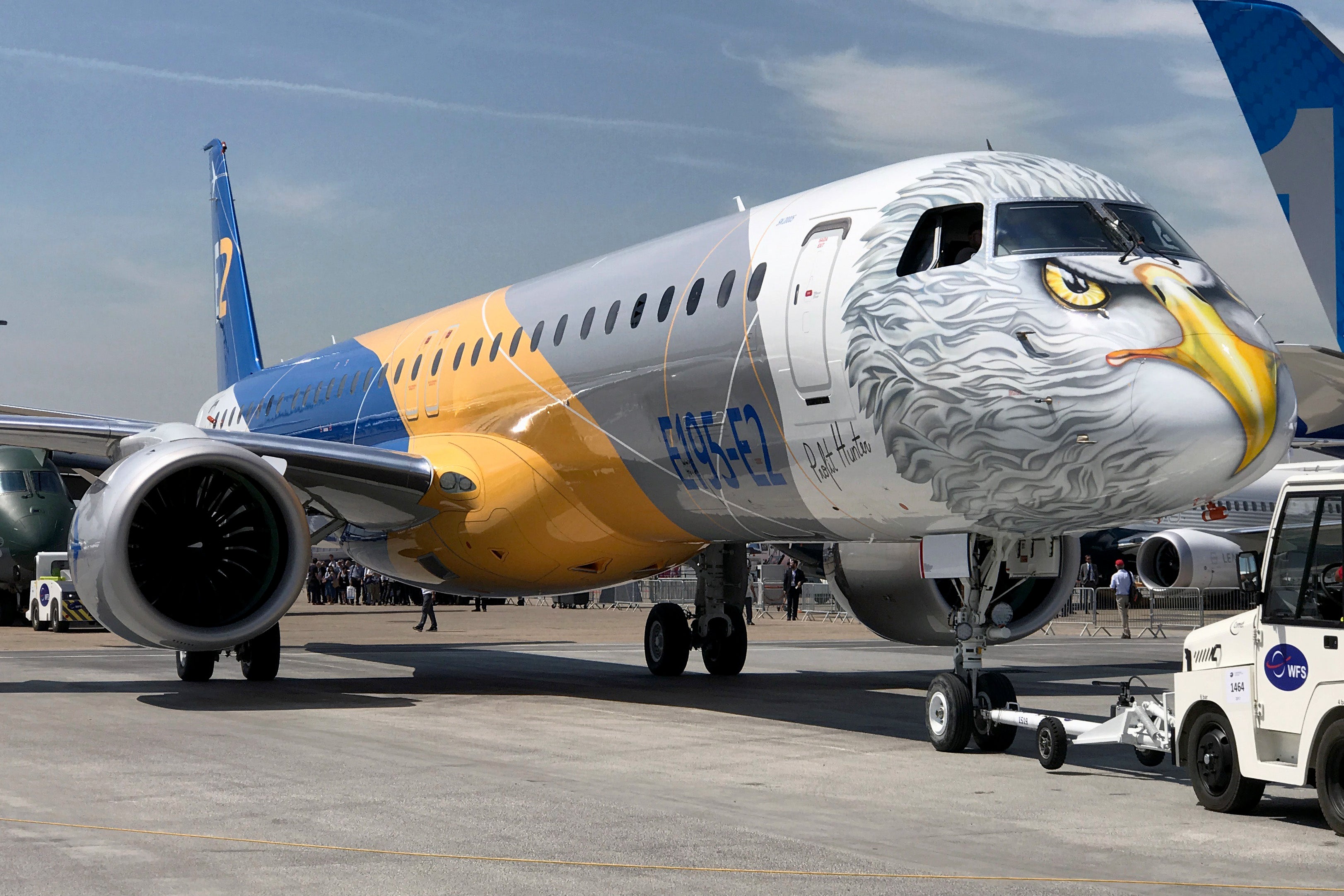 Ever flown into Omaha, Nebraska or Santa Barbara, California? There's a good chance you've been on an Embraer jet. The older models are unremarkable at their best — at their worst, you'll find low ceilings, cramped seating and limited storage. In other words, if you remember traveling on this company's planes, it's probably for all the wrong reasons.

Fortunately, that's begun to change. US regional carriers, including those operating service for American, Delta and United, have started flying the Embraer ERJ-175, which offers a far better experience than the regional jets of yesteryear. And if you're loyal to JetBlue, you're probably familiar with the E-190, which some even prefer to the Airbus A320 and A321.

This is Embraer's biggest plane to date — it's a hybrid of sorts between a regional jet and a mainline aircraft, though passengers should find the same comforts they'd get on a Boeing 737 or Airbus A320, just with 2-2 economy seating rather than the 3-3 installed on those planes.

As you may have gathered from the photos above, the plane's interior isn't quite ready for primetime.

This particular aircraft is currently undergoing rigorous testing, and it's loaded up with test equipment at the moment — plus a few previous-generation seats.

Embraer does have a cabin mock-up handy, though — it's an upgrade from the demo E190-E2 cabin that I saw at last year's Farnborough Air Show.

Just as with last year's model, business-class seats are arranged in a staggered 2-2 configuration.

It's very unlikely that we'll see these seats (or even a similar version) on any final jet — rather, they're meant to represent the aircraft's potential. Generally, Embraer's new jets do offer a first-class cabin when operated on behalf of major US carriers.

The economy seats are much more realistic. As I mentioned, seats are arranged in a 2-2 configuration, which I much prefer to the 3-3 on mainline narrow-body jets.

The finishes aren't final, of course, but I really liked the aesthetic of this mock-up.

You may have noticed that some seats have more legroom than others — just as with last year's mock-up, this one has seats arranged in various configurations.

With just 28 inches of pitch, the E195-E2 can accommodate 146 passengers in a one-class configuration. We're more likely to see 31 inches, which drops the capacity to 132, while a three-cabin configuration (first, extra legroom and regular economy) would offer 120 seats.

Is this the "profit hunter" airlines have been hoping for? Perhaps. The E195-E2 is expected to be very economical, and with a range of roughly 3,000 miles, it's versatile, letting carriers operate both short hops and transcon service — perhaps to and from secondary markets, like Boston to Reno.

Assuming airlines don't opt for an extra-tight 28-inch pitch, the E195-E2 is bound to be a comfortable ride — especially for passengers fortunate enough to be flying up front.

See these posts for more from the Paris Air Show:

Head to this page for a complete list of our 2017 Paris Air Show coverage.