Can I Get a Refund When an Airline Changes My Plane Type? 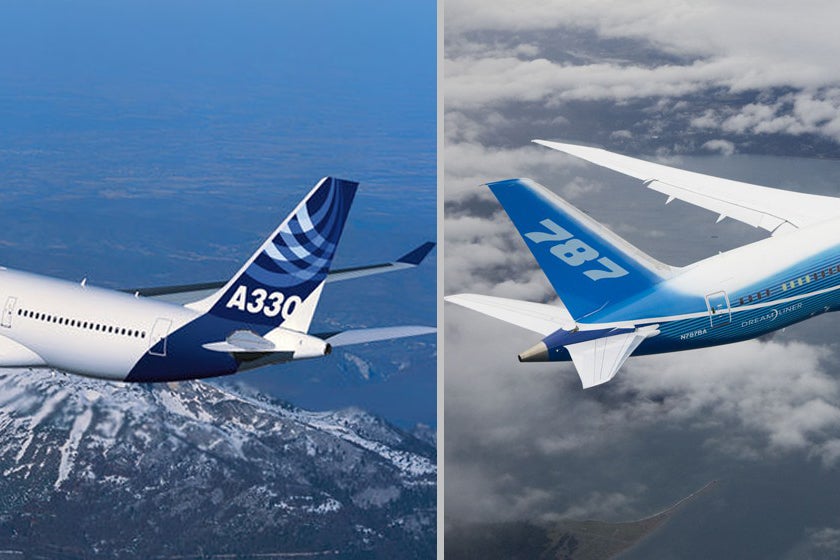 Can I Get a Refund When an Airline Changes My Plane Type?
This post contains references to products from one or more of our advertisers. We may receive compensation when you click on links to those products. Terms apply to the offers listed on this page. For an explanation of our Advertising Policy, visit this page.

Most people don't know anything about what type of plane they're scheduled to fly on... but most people aren't avgeeks like many readers of The Points Guy. That's why this email question from TPG reader Jacob didn't surprise us at all...

[pullquote source="TPG Reader Jacob"]I was flying Avianca JFK-BOG this weekend and I had chosen that specific outbound leg because I wanted to fly their Dreamliner. But when it came time to board, the plane had been switched and we were on their A330. Do I have any recourse?[/pullquote]

Aviation enthusiasts often choose specific routes and flights based on their desire to fly a particular type of airplane, either because it's new or it's interesting or it gets good reviews from others who have flown it. But when it comes to the contract of carriage for most airlines, they don't guarantee that you'll fly on a specific aircraft — only that they'll get you to your destination. Eventually.

However, that doesn't mean there's nothing you can do if an airline swaps aircraft on you. The sooner you know about an equipment change, the easier it is to deal with it, so the first step is to keep an eye on your reservation in the weeks and days leading up to your flight. Checking the airplane type and seat map on a semi-regular basis ahead of time means you're more likely to know about a change before the day of departure.

If you do find ahead of time that you've lost an airplane you wanted to fly on, you generally have options. Some carriers make these options official, such as American Airlines in its International General Rules...

IN THE EVENT, AFTER TICKET ISSUANCE, SCHEDULE CHANGES ARE MADE BY AA THAT... RESULT IN A SUBSTITUTION OF EQUIPMENT NOT ACCEPTABLE TO THE PASSENGER... THE PASSENGER WILL HAVE THE OPTION OF CANCELLING WITHOUT PENALTY, OR REROUTING ON DIFFERENT FLIGHTS TO/FROM THE SAME OR DIFFERENT DESTINATION. HOWEVER, THE PASSENGER MUST PAY ANY ADDITIONAL AMOUNTS RESULTING FROM THE REROUTING.

Other airlines don't provide an official option to refund or change without penalty due to equipment swaps, which is the case with Avianca, as its contract of carriage only provides for refunds "in the event of flight cancellation, diversion, or delays that will cause a passenger to miss connections." But you can often call and find an agent who will help you out if you explain the situation. If you're polite and pleasant and flexible, there's a good chance you can either get rebooked on the aircraft you want for another day or another route, or get a discount or refund.

Now, what if you don't find out about the equipment change until you actually step on the plane? At that point, you're probably out of luck as far as actually getting on the original aircraft you wanted. Your best option then is to put in a request for compensation afterwards. Again, the airlines are not required to give you anything for an equipment swap and you're not going to get an entire refund, but some of them might offer a goodwill gesture of a voucher or some miles.

Sorry you didn't get to ride on the Dreamliner this time, Jacob, but hopefully next time around you'll get the plane you wanted. Thanks for the question, and if you're a TPG reader who'd like us to answer a question of your own, tweet us at @thepointsguy, message us on Facebook or email us at info@thepointsguy.com.

Our points-obsessed staff uses a plethora of credit cards on a daily basis. If anyone on our team wouldn’t recommend it to a friend or a family member, we wouldn’t recommend it on The Points Guy either. Our opinions are our own, and have not been reviewed, approved, or endorsed by our advertising partners.
See all best card offers
Related stories
Deals
Round-trip fares from US cities to Edinburgh from $500
Guide
The 10 best Priority Pass lounges around the world
Deals
Fly in business class to London for less than $2,600
Reviews
A new hotel that needs to work out the kinks: A review of the Hyatt Regency Salt Lake City