The GermFalcon Promises to Sanitize the Nasty Surfaces on Your Flights 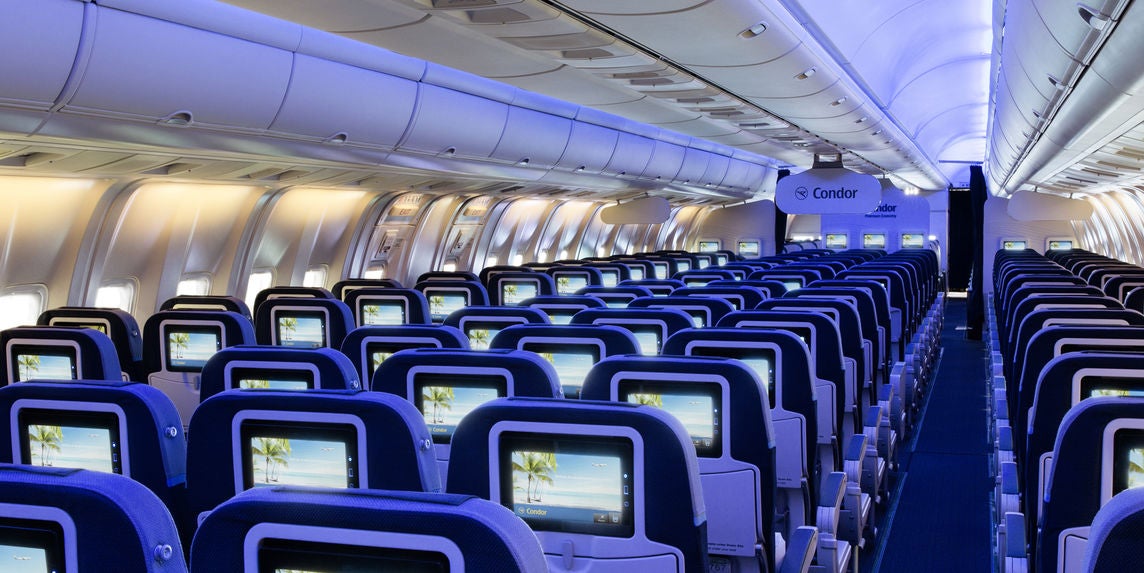 The GermFalcon Promises to Sanitize the Nasty Surfaces on Your Flights
This post contains references to products from one or more of our advertisers. We may receive compensation when you click on links to those products. Terms apply to the offers listed on this page. For an explanation of our Advertising Policy, visit this page.

When you fly, have you ever taken the time to consider the kinds of germs that might be lingering on every surface you touch at your seat? It's not a pleasant thought. Now that you're sufficiently creeped out, let's look at a potential solution to the problem.

I met the creator of the "GermFalcon" at this year's Aircraft Interiors Expo (AIX) in Hamburg, Germany. The product was nominated for a prestigious Crystal Cabin Award at AIX, and I knew I had to check it out when I heard about it.

The GermFalcon is about the size of a galley cart and has expandable wings that can hover over every seat while being pushed down the aisle of the aircraft. Using ultraviolet light, it sanitizes up to 99.99% of every surface.

The idea came from Dr. Arthur Kreitenberg, an orthopedic surgeon. I spoke to Dr. Kreitenberg at the company's AIX display, and asked where he came up with the idea. "We use ultraviolet light in the operating rooms, microbiology labs in the hospital. It has been shown to be very effective in killing germs and actually decreasing infection rates. It's proven technology," he said. "We looked at what was available to sanitize airplanes, and the answer is nothing is available, they do nothing about it, and there are absolutely no requirements or regulations anywhere in the world to sanitize an airplane."

Kreitenberg said that places like Starbucks have to answer to the health department, but that oversight stops at the jetway. "It's really the only place where food is prepared, served, consumed and disposed of [where] there are absolutely no health regulations." If that thought doesn't scare you a little bit, it should.

He brought up the fact that several of the highly publicized viruses of the past few years, such as SARS, Ebola and Zika had all been spread via airline passengers. "When there's an outbreak, it's devastating to the airlines and the economies that they serve," said Kreitenberg. "By having sanitized airplanes, the airlines can say, 'Hey, it's not on us.'"

Kreitenberg said the dirtiest part of the plane is your tray table, eight times worse than the flush button for the lavatory toilet. The tops of the seatbacks on the aisle are also really bad, because multiple people touch them while walking down the aisle. Sanitizing gels and wipes aren't as effective as we might think, because they require four minutes of keeping the surface wet in order to clean as well as UV light. Many passengers who use the gels and wipes dry them off of the surface immediately.

Now, who doesn't want a sanitized seat? Kreitenberg said that in a survey of 1,200 airline passengers, 4 out of 5 believe they may have gotten sick as a result of air travel in the past five years. 95% of the respondents said they would be willing to pay two extra dollars on their fare to know that their seat had been sanitized. He gave me a petri dish so that I could swab my tray table on the way home from Hamburg, and the results (above) weren't pretty.

Kreitenberg said there are several airlines interested in the GermFalcon, but he could not disclose who they are at this time. Ideally, the device would be stored in the jetway where the plane parks, then wheeled onto the plane between each flight. With the tray tables down, the GermFalcon could sanitize 99.9% of germs on a 30-row aircraft within only 2 to 3 minutes.

Going back to Kreitenberg's comment about the lack of Health Department oversight, it's pretty mind-blowing that there aren't heavy regulations on cleanliness on food preparation and service aboard planes. But if the GermFalcon is as good as claimed, this device is something all airlines should consider, in order to put everyone at ease about germs.

All images and video are courtesy of the author.