Articles
Emily McNutt is The Points Guy's Global News Editor and is based in London.
Follow
May 24, 2017
•
3 min read 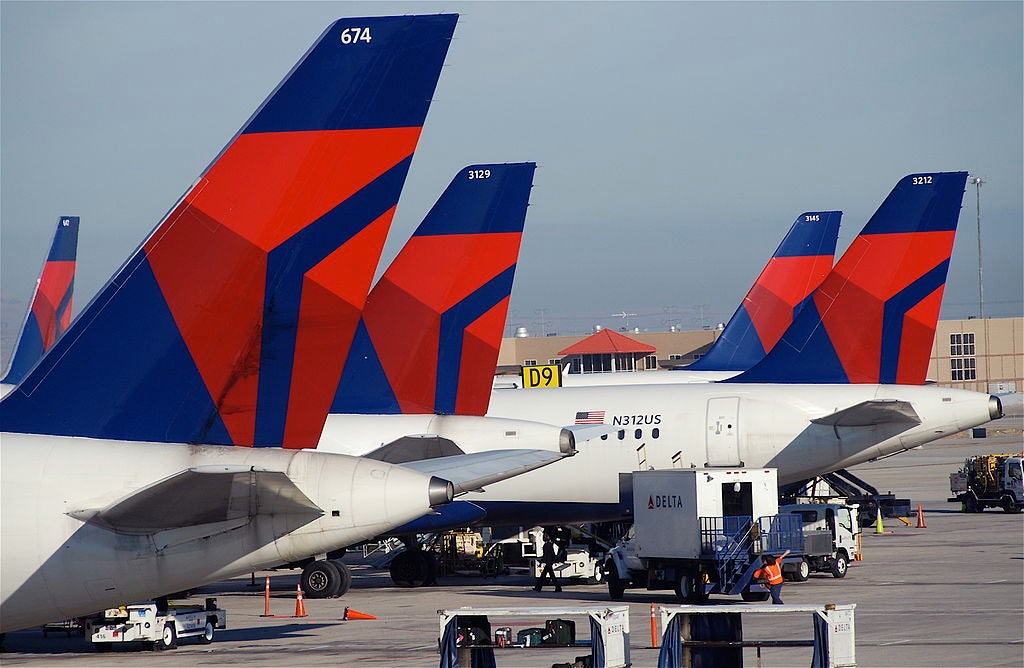 How Delta Handled an Oversold Flight Wonderfully
This post contains references to products from one or more of our advertisers. We may receive compensation when you click on links to those products. Terms apply to the offers listed on this page. For an explanation of our Advertising Policy, visit this page.

Last week, my family and I went on vacation to beautiful Hilton Head, South Carolina. And unlike some relatives who were driving from various parts of the country, I decided to fly.

A couple months before the trip — in early March — I purchased a round-trip flight from my base in New York (JFK) to Charleston (CHS) on Delta. Since, like TPG, I'm jumping off the AA elite status hamster wheel, I just went for the cheapest flight without regard to the carrier and earning elite-qualifying miles. So, the round-trip ticket cost $182.

Fast forward to last week when my cousin and I were set to fly out on Delta Flight 2498, departing JFK at 8:15am. We were on time (the NYC traffic gods were good to us), the flight was on time and we were ready to get on our way. About 15 minutes before boarding was set to begin, one of the gate agents made the dreaded announcement that the flight was overbooked.

So, as expected, the gate agent asked if anyone was willing to volunteer their seat. She started the compensation at $400. I'm not quite sure exactly how many seats the flight was oversold by — perhaps five. After she didn't get the response she needed at the $400 level, the offer increased to $800. At this point, a few people jumped at the opportunity but there were still two seats that still needed to be vacated. No more than five minutes after the offer of $800, she bumped it up to a whopping $1,100! At that point, it seemed people ran to the counter to be the first to give up their seat.

Now, for a flight that I paid just $182 round-trip for, the $1,100 offering for one leg was beyond what I thought Delta would ever consider — with the compensation, I could have paid for six more round-trip flights between JFK and CHS. Plus, Delta told passengers who volunteered that they would be placed on the next flight from JFK to CHS, which was departing at 1:50pm that day — a little more than five hours later. (Granted, it was in JFK's Terminal 2, so those five hours may have dragged by in the outdated terminal. Nonetheless...)

Had I been traveling alone and not had plans upon arrival, I would have been one of the passengers hustling up to the gate. But, the fact that Delta was able to get so many passengers to volunteer their seats so seamlessly shows that travelers can be willing to give up their seat if adequate compensation is there.

Think back to the incident that brought light to the issue of overselling in the first place, #BumpGate. When Dr. David Dao was dragged off a United flight because flight attendants had to be positioned in Louisville the next morning, United stopped the monetary offering at $800. Since then, some airlines have taken dramatic steps to curb overselling situations, such as Southwest, which promised to stop overbooking altogether, and even Delta, which announced that it's upping its maximum offer for bumping to $9,950. Clearly, something is working for Delta and it's nice to see new policies in action to make the flying experience even better.