Articles
Emily McNutt is The Points Guy's Global News Editor and is based in London.
Follow
April 20, 2017
•
3 min read 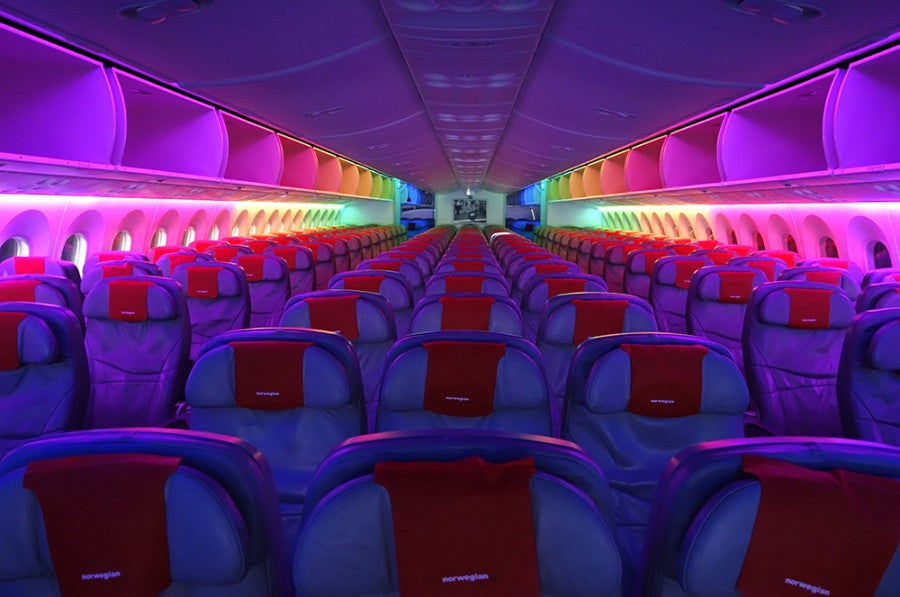 Norwegian to Launch Nonstop London-Singapore Service
This post contains references to products from one or more of our advertisers. We may receive compensation when you click on links to those products. Terms apply to the offers listed on this page. For an explanation of our Advertising Policy, visit this page.

While low-cost carrier Norwegian Air has certainly expanded its route network throughout Europe and across the Atlantic to serve the US and Caribbean, it hadn't developed its presence so much in Asia besides its flights between Copenhagen (CPH), Oslo (OSL) and Stockholm (ARN) to Bangkok, Thailand (BKK). But, that's all about to change now, as the carrier just announced that it's launching nonstop service between London Gatwick (LGW) and Singapore (SIN).

The new Singapore route, which will begin this fall, will be Norwegian's first connecting the UK to Asia. One-way tickets from LGW to SIN will start at £179 ($230) in economy and £699 ($897) in the carrier's Premium cabin.

The service from LGW to SIN is set to launch on September 28, 2017, with 4x weekly service (Mondays, Tuesdays, Thursdays and Saturdays), with SIN-LGW service also operating 4x weekly (Tuesdays, Wednesdays, Fridays and Sundays). Here's how the schedule breaks down:

Each of the flights on the new route will be operated by one of the carrier's 787 Dreamliner aircraft — the same it uses on its transatlantic service. Just like it did in the transatlantic market, Norwegian is forcing the legacy carriers — namely British Airways and Singapore Airlines — to lower their prices in order to compete with it. BA and Singapore are the only other options when it comes to nonstop flights between London and Singapore — a popular business route.

With this new route, travelers based in the US also have the chance to get to Singapore with Norwegian's low fares. For example, a New York-based flyer could fly from New York (JFK) to London (LGW) and then on to Singapore (SIN) — all on Norwegian metal. If you're looking to take advantage of this option (or the direct LGW-SIN route), the flights are now bookable on Norwegian's website — but they're not as cheap as you may think.

For example, we found a round-trip flight from New York (JFK) to Singapore (SIN) for $732 in January. That total is a bit more than what you'd get on a full-service carrier that operates on the route, such as EVA Air, United, Singapore, Cathay Pacific, Emirates, British Airways, Qatar and more. We did find, however that the trick to book through the Norwegian version of the carrier's website works to give you some discounted fares. On the same dates as the first example, if you book in the Norwegian version of the site, the flight costs 5,373 NOK (~$627) — a 14% savings.

It's clear that Norwegian wants to continue its expansion to all corners of the globe, and depending on the success of this route, we may see more Asian destinations on the airline's route map in the future. Keep in mind that Norwegian is a low-cost carrier that charges for things that you may be used to getting for free. However, it could be worth it if you're able to save a fair amount by finding cheap fares.

Featured image by Norwegian flies across the Atlantic on its Dreamliner.