Articles
Emily McNutt is The Points Guy's Global News Editor and is based in London.
Follow
April 28, 2017
•
3 min read 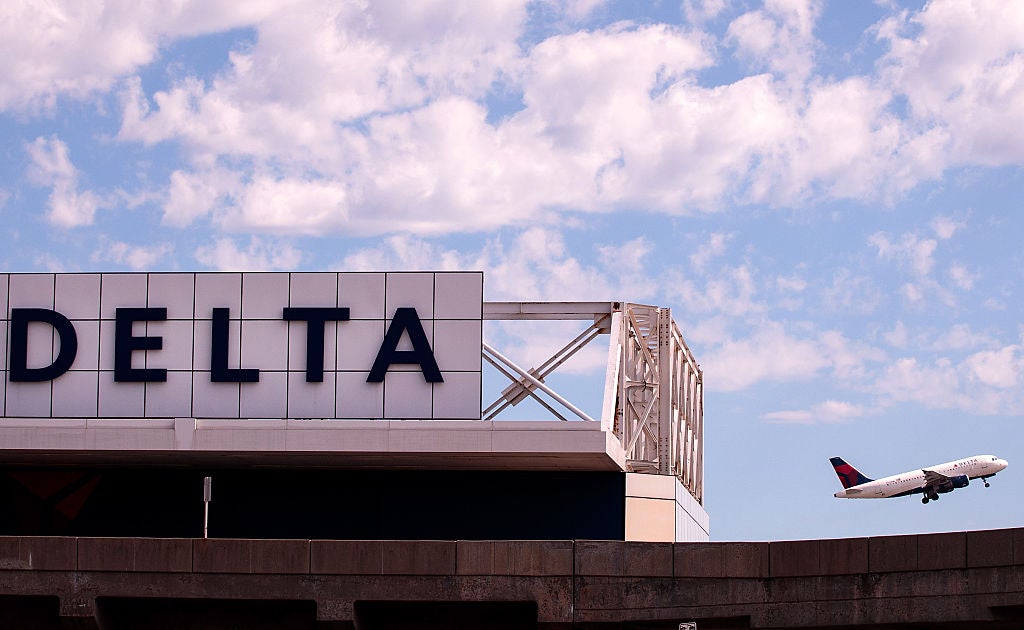 Man Kicked Off Delta Flight for Using the Restroom at the Wrong Time
This post contains references to products from one or more of our advertisers. We may receive compensation when you click on links to those products. Terms apply to the offers listed on this page. For an explanation of our Advertising Policy, visit this page.

After a bad couple of PR weeks for both United (#BumpGate) and American (#StrollerGate), it was only a matter of time before it was Delta's turn. Delta Air Lines Flight 2035 passenger Kima Hamilton was on his way to Milwaukee (MKE) from Atlanta (ATL) when his flight was delayed. He was eventually kicked off the flight.

The plane had taxied to the runway and passengers were told that it was third in line to take off. However, after an estimated 30 minutes had passed, it had yet to depart. Hamilton felt he had to use the restroom so he went to the lav at the rear of the aircraft. Once there, the flight attendant told him that if he used the restroom, the plane would lose its place in line. So, he sat back down.

After his need to use the bathroom continued to grow, Hamilton again got up and went to the lav quickly. When he returned to his seat, the pilot came over the loudspeaker and said, "Ladies and gentlemen, I'm sorry for the inconvenience, but we have to return to the gate and remove a passenger."

Krista and Mike Rosolino, both of whom are lawyers, and their infant child were sitting in the row across from Hamilton and recorded the scene on the plane as it unfolded:

Upon returning to the gate, two Delta agents come up to Hamilton at his seat and told him that he needed to leave the plane. Knowing he wouldn't get back on, he explained to the agents that he was an artist in residence at a public school in Milwaukee and needed to get home for a field trip the next day. According to the Rosolinos, who filmed the incident, Hamilton remained calm throughout the entire ordeal. Hamilton can be seen in the video explaining that he purchased a ticket and didn't understand why he was being removed from the flight, but Delta insisted that because he didn't listen to crew orders, he was deemed a security threat.

Soon enough, all passengers deplaned — some travelers discussed remaining on the plane as a show of solidarity. Once Hamilton exited the plane, there were FBI agents and Delta personnel waiting for him. Eventually, Delta refunded part of his ticket, requiring him to find his own way home. He ended up flying Southwest for a ticket that was 3x the price. As for his luggage, Delta couldn't get it off the plane and he was reunited with it in Milwaukee.

Delta released a statement explaining that its crew members are "extensively trained to ensure the safety and security of all customers. It is imperative that passengers comply with crew instructions during all phases of the flight, especially at the critical points of takeoff and landing."

At the end of the day, when you're on a commercial aircraft, you should always obey crew orders. It's not new to see passengers using the restroom while they're taxiing — but, this situation seemed to escalate. We want to know: Have you ever used a lav while the seatbelt sign was on?

When you gotta go, you gotta go. But if a crew member tells you to stay in your seat, do as you're told or be faced with the possibility of getting kicked off.

Let us know how you feel in the comments below!