4 Ways We Can Bring Humanity Back to American Aviation 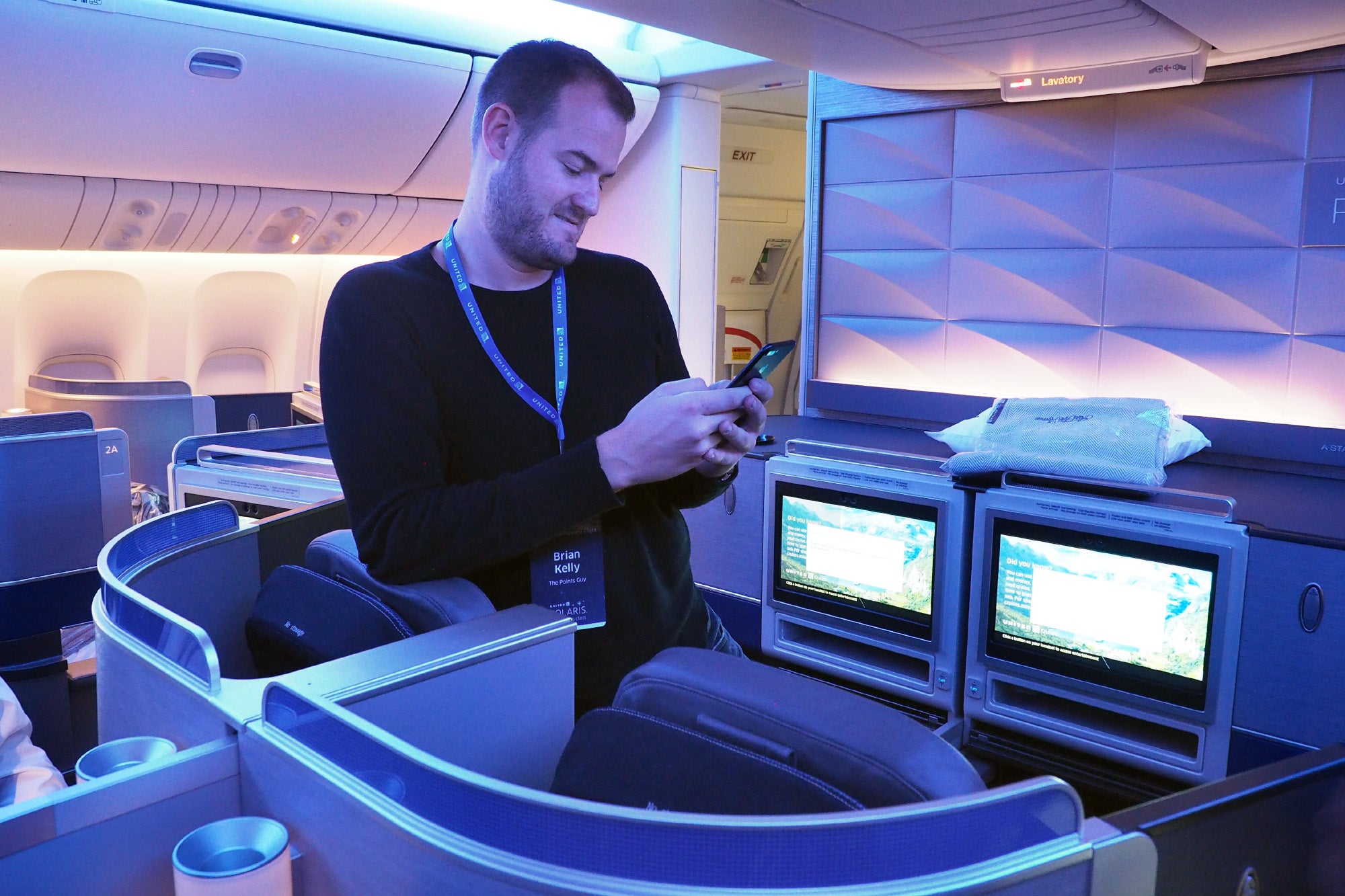 While it was affectionately dubbed #BumpGate on social media, this week's United fiasco was about much more than airlines overselling flights. They've been doing that for years and overall it's a pretty rare occurrence — in 2016 United involuntarily bumped 3,765 people out of a total of more than 86 million passengers on the airline, as we discovered when researching our Best and Worst Airlines story — and honestly, overselling can be a boon for travelers. Many of us in the frequent flyer community have made a killing taking advantage of airlines' overselling. I know people who even try to book oversold flights so they can reap generous compensation.

The issue is much larger than profit-driven airlines putting revenue before passengers. It hit a nerve because we all realized that the travel experience has become so brutal that the image of the bloodied passenger being dragged off a plane was all of us in a way. But we cannot blame the subpar travel experience in the US on the airlines or even a few bad airport security offers. It's more than just jamming more seats on the plane — in a way, as consumers we demand the cheapest price and the airlines are just responding to that.

The same is happening in retail — where you need to be on one end of the spectrum to do well with chains like Zara and LVMH. The mid-tier full-priced retailers like Macy's and Sears are experiencing a world of pain — people want value or luxury and that's roughly the same in aviation with United investing in its swanky new Polaris business class, but jamming 10 seats across on the same plane in economy. But beyond the actual plane cabins themselves, the bigger issue is our system is stressed from many different areas — and it isn't just the airlines' responsibility to fix.

So, here's my list of four things we need to change in order to make the air travel better in the USA.

Airlines have been investing billions into building better booking systems and technology that allows people to rebook themselves when there are "irregular operations." And yet, for some reason, every time there's a huge weather or IT incident all hell breaks loose. While you may have forgotten about Delta given this crazy United incident (and the video that followed), Delta ended up canceling hundreds of flights just a few days ago, and millions of passengers have been met with delays and cancelations over the years — no airline has been spared, from American to JetBlue.

The system is so frail, small events snowball into full-blown meltdowns, with hours-long wait times and passengers stuck for days. Airlines also need to be more liberal with waivers and allowing consumers to find (and book) alternative flights on their own, which will reduce stress for front-line employees. The US may be the center of technology innovation, but not when it comes to travel. I recently flew in Europe and had minimal contact with humans — with machines to tag my own bag and even scan my boarding pass to enter security as well as automated customs and immigration in places like Auckland, New Zealand, where I entered the country without speaking to a single person.

But it's not just bad weather and airline IT systems to blame. Our Air Traffic Control system is outdated and it's the reason for so many delays and so much stress on the system — huge delays pop up even on otherwise perfect days, stressing passengers, airlines and front-line employees when they're least expecting it. There's no question that we need to reform this system — not make it for-profit as some have suggested. As the Coalition for Modern Skies reports, "The FAA currently operates on a 'once every 30 years' replacement model and at some of its most essential facilities the technologies and infrastructure are 50 years old." That needs to change — for our safety and sanity.

Responsibility: OUR GOVERNMENT (AND US AS VOTERS TO DEMAND IT)

Work as an airline employee isn't nearly as appealing as it once was. Full flights mean travel benefits are almost nonexistent in some cases — employees who really want to fly end up redeeming miles or purchasing the same fares you and I buy — and the fact that regional flight crews are often undertrained and underpaid has resulted in a huge pilot shortage. Front-line employees (crew members and especially airport staff) are also making a pittance following so many cuts from years of mergers, even as airlines bring in tremendous revenue. All US carriers need to follow the lead of Delta and others and offer profit sharing to all employees, and also build in a portion for customer service — when the airline's customers are happy, the employees get paid extra.

Airlines also need to offer better compensation to passengers when things go wrong. The US government needs to step in here by adding stricter regulations — the European Union has been doing this right for years, with the EU 261/2004 law guaranteeing up to €600 (about $640) for some flight delays. It would take some time for the government to put a similar plan into place here, but in the meantime all carriers need to start treating humans with dignity and not making them wait in hours-long lines after a cancellation just to beg for a free room when they're stranded overnight, which happens all too often.

We understand that people want cheap flights, and flights are historically very cheap — in 2011, even after airfares began to stabilize a bit following 9/11, passengers were paying some 40% less on average than they had been 30 years before. The proliferation of low-cost carriers (LCCs) is putting pressure on legacy airlines to compete with LCCs by dropping ticket prices while maintaining (or boosting) profits — however the two types of carriers aren't the same and people have been used to flying with legacy airlines for years with certain things included. So with rolling out basic economy and new fees/rules of what is and isn't included, airlines need to educate consumers on the process — what is and isn't allowed — since there's a disconnect; consumers don't know what they're entitled to because the rules keep changing.

Airline employees also need to stop the power trips. I get that passengers can be a pain in the ass and sometimes do need to be removed if disruptive, but as Oscar Munoz noted, you have to stop falling back on police to resolve customer service disputes — because this issue will keep arising.

And, while I know it's a long shot, I'd really like to see airlines throw some love to the economy cabin. Foreign carriers are doing it — Etihad even offers an in-flight nanny service and many foreign airlines offer amenity kits for economy passengers — what a novel concept!

Flying into the US is also a terrible experience for US citizens and visitors alike. Not only are there long wait times for customs and immigration, we don't have the infrastructure to allow people to check bags through to final destinations. So if you want to travel from London to Grand Cayman via Miami, you need to recheck your bags after immigration, even though you aren't leaving the airport. Add in the recent proposed travel ban — which was subsequently blocked by the courts — and you have not only a very unfriendly image of travel to the US, but also a decrease in tourism dollars. A recent Financial Times story points out that flight searches for the US has dropped dramatically since the proposed travel ban:

Security is essential, but there are ways to do it humanely and we can definitely improve on that front.

We can't place all of the blame on airlines and the government; passengers need to change their tune, too. I see airline employees getting berated almost every time I fly...

HOW DARE YOU DELAY MY FLIGHT! I HAVE A 31 MINUTE CONNECTION TO MAKE A ONCE DAILY FLIGHT TO MAKE THE CRUISE THAT LEAVES 1 HOUR AFTER THE FLIGHT LANDS AND NOW I'LL LOSE $10,000 DUE TO THIS STORM. I HEAR OTHER AIRLINES ARE FLYING! I'M NEVER FLYING YOU AGAIN!!!!!

As a tornado brews outside of the airport.

Passengers need to get real. Stop breaking the rules with carry-ons and not listening to flight attendants. Yes, they can be on power trips sometimes, but you need to respect them.

While most of the responsibility for changes in the industry lies with the airlines themselves, a lot is on us as flyers and voters — holding ourselves and our elected officials accountable to invest in our country's infrastructure and consumer protections. I don't think anyone is arguing that we should go back to regulating our airlines — I firmly believe that would be bad for consumers. However, if we want to return civility to flying, we all need to change our behavior and spend a little more across the board to invest in our future. We can't keep dragging on in what is currently an unsustainable environment.