6 Summer Music Festivals Worth Traveling For 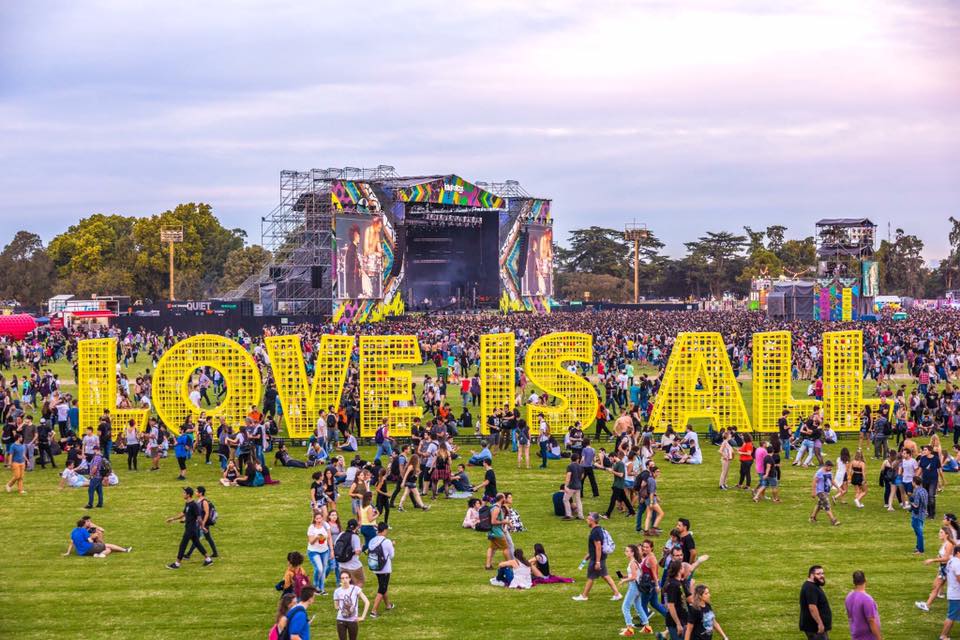 One telltale sign that summer's in full swing is when music festival season kicks off. Get ready to follow your favorite acts from stages in Somerset, England, to Manchester, Tennessee, whether that means you're camping out at farms in the middle of nowhere or dancing the night away on the beach. To get you in full festival mode, we've narrowed down the seemingly endless list of events happening around the globe, highlighting six of the ones you won't want to miss this year.

Set on the 900-acre Worthy Farm in Somerset in southwestern England, Glastonbury is seen by many as the modern-day Woodstock. With more than 800 acts playing on 80 different stages, the festival brings the best in the biz, from pop stars like Katy Perry to rock legends like Radiohead. Camping fields are included in your ticket price, so pitch a tent — or Tipi if you managed to score one before they sold out — and get ready for the five-day non-stop party.

Now in its 17th year, Barcelona's Primavera Sound will bring more than 200 acts — from punk band Descendents to the legendary Grace Jones — to this five-day indie and electronic festival that’s one of the largest in Europe.

Ticket Cost: Full festival tickets are already sold out, but you can buy a day ticket for Thursday for 80 euros (~$86)

Half of Hangout’s allure is its beachside locale, set on the sand in Gulf Shores, Alabama. Think of this as a grown-up version of summer vacation, complete with oceanside condo stays and dancing on the beach to a top-notch lineup that gets better every year.

VIP Access: Tickets start at $1,099 and include access to the Thursday kick-off party, stage-side pool and food and drinks all weekend long. If you really want to go all out, Super VIP tickets are $1,599 and include gourmet fare and hot tubs with prime views of main stage acts.

The best part about this music fest is how convenient it is to reach. Set on Randall’s Island in New York City, the three-day event is perfect for those who can’t make it to larger festivals across the States — or who aren’t big on camping — but still want to catch big-name acts like Flume and Phoenix.

Crowds of up to 80,000 make their way to the farm in Manchester, Tennessee, each June for four days of music, art, comedy and camping. Catch 150 performances from heavy hitters like U2 spread across 10 different stages, with music that plays on until sunrise.

As if you needed another reason to visit Chicago, Lollapalooza's not a bad one. The four-day festival in the center of the city brings together more than 170 bands from across the globe, as well as some of the Windy City's best eats.

Which music festivals are on your summer travel bucket list? Tell us about your favorites, below.

Featured image by Image courtesy of Lollapalooza's <a href="https://www.facebook.com/pg/lollapalooza/photos/">Facebook page</a>.