Harrison Ford Refers to Himself as "Schmuck" in New ATC Audio 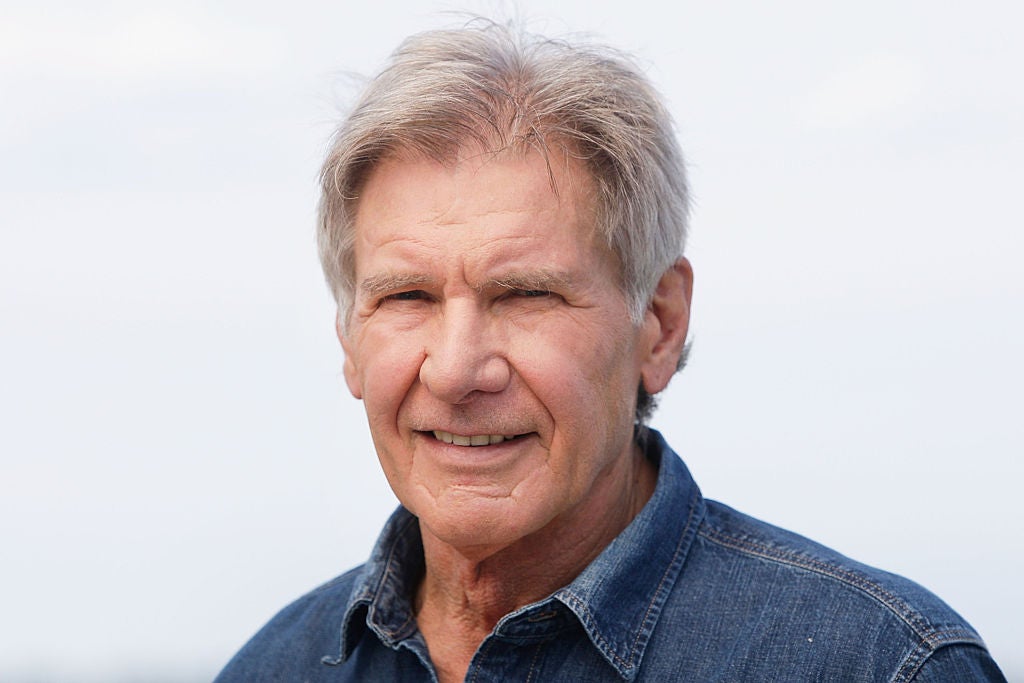 Harrison Ford Refers to Himself as "Schmuck" in New ATC Audio
This post contains references to products from one or more of our advertisers. We may receive compensation when you click on links to those products. Terms apply to the offers listed on this page. For an explanation of our Advertising Policy, visit this page.

In response to multiple Freedom of Information Act requests, the FAA has released several tower exchanges between actor Harrison Ford and controllers at the Air Traffic Control tower at John Wayne Airport (SNA) both during and shortly after Ford landed his single-engine Aviat Husky on a taxiway instead of the runway last month. Also included in the recordings is a call between the tower and the captain of the nearby American Airlines Boeing 737, which was holding short of the runway and which Ford flew over at a very low altitude as he landed.

In the first exchange, which takes place as Ford prepares to land and then immediately after landing, the controller can be heard giving the actor clearance to land on Runway 20-L. But the star of "Star Wars" and "Indiana Jones" instead lands on Taxiway C, flying low over American Airlines Flight 1456 preparing for departure to Dallas (DFW) in the process.

After landing, Ford contacts the tower and asks "was that airliner meant to be underneath me?" on final approach and the controller informs him he "landed on Charlie," referring to Taxiway C. Surprised, Ford responds, "I landed on Charlie?" Shortly thereafter, the controller tells Ford to call the tower on a phone line to discuss a "possible pilot deviation."

Later, when the 74-year old actor contacts the tower by phone, he begins the conversation by identifying himself to the controller as "the schmuck who landed on the taxiway." Ford explains to the controller that he was "distracted by the airliner which was in movement when I turned to the runway, and also the wake turbulence from the landing Airbus." It's unclear if the aircraft in motion was the American aircraft or the Southwest flight that was lined up on the nearby runway readying for departure.

The controller, who is friendly the entire time even though it's not clear whether he immediately realizes the identity of the famous pilot, informs Ford he will report a "possible pilot deviation because you were cleared to land on the left." He also says he'll fill out some paperwork for FSDO, referring to the Federal Aviation Administration's Flight Standards District Office, which is responsible for reports of accidents, low flying aircraft and other operational issues. Ford responds that he "totally understands."

As the actor takes a few moments to retrieve his pilot license from his backpack, the controller tells him to "take your time, no big deal," to which Ford responds "it's a big deal for me." Ford, who has been a private aviator for many years and has been involved in several air incidents, clearly sounds aware of the gravity of the situation and embarrassed by the error throughout the conversation.

In a separate phone call after the near miss, the captain of the American flight tells a controller to note that when they check their radar tapes, "the tail of my airplane is 42 feet tall, so when he went by... you get an idea of how close it was."

The FAA is continuing to investigate the incident. The audio of all three exchanges can be heard here (you can hear Ford call himself a 'schmuck' about one minute in to the second recording):

Phone call between the AA captain and John Wayne Tower