Your Layover Guide to Dallas (DFW) 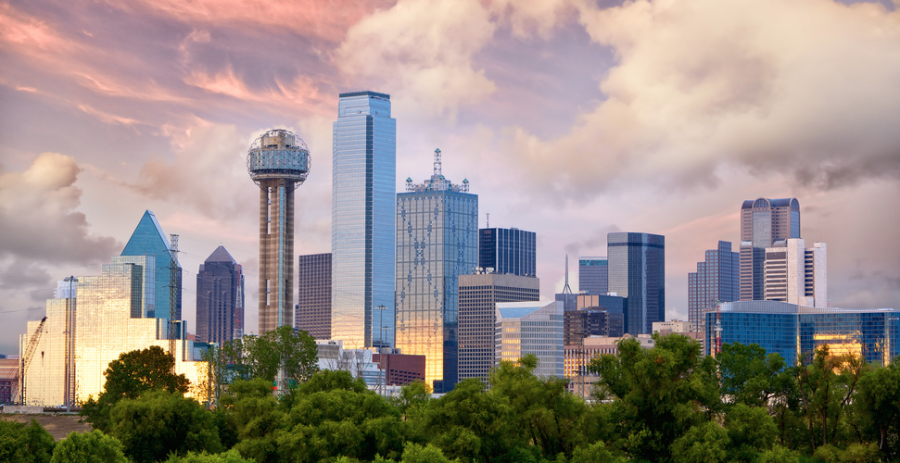 Your Layover Guide to Dallas (DFW)
This post contains references to products from one or more of our advertisers. We may receive compensation when you click on links to those products. Terms apply to the offers listed on this page. For an explanation of our Advertising Policy, visit this page.

Our Your Layover Guide series features airports and destinations around the world where you’re likely to be stuck between flights, offering tips on navigating and spending time in the airport, as well as some things to do if you find yourself with time to explore the nearby city. Today, new TPG Contributor Betsy Mikel guides us through Dallas/Fort Worth International Airport (DFW), the world’s third-busiest airport.

You may be surprised to learn that the Dallas/Fort Worth International Airport (DFW) in Dallas, Texas is the third busiest airport in the world. It’s huge — the size of Manhattan — with 27 airlines serving 149 domestic and 55 international destinations. No matter where you’re traveling in the continental US, you’ll be at your destination in four hours or less when you fly from DFW.

Whether you’re laid over at DFW for a few hours or a whole day, the airport offers a range of interesting activities, restaurants and shopping. There’s lots to keep you busy while you wait for your next flight.

Terminals A, B, C and E serve domestic destinations; Chicago, Los Angeles and Atlanta are DFW’s most frequently flown US routes. Terminal D serves all international routes; London, Cancun and Mexico City are the airport’s busiest. To get between terminals in five minutes, hop on the Skylink train.

Imagine three donuts in a line, then sliced down the middle: There’s your visual for how DFW is laid out. Each of the five terminals at DFW are shaped much like a semi-circle on either side of International Parkway, the major north-south highway that brings passengers in and out. The sixth “half donut” is the $11 daily Parking Express South lot, offering free shuttle service to all terminals (with complimentary bottled water, newspaper and updated flight information to boot). There’s also a Parking Express North Lot. For $22 daily, you can park at any terminal, just a covered walkway or moving sidewalk away from your flight.

DFW offers free Wi-Fi in all terminals and parking garages, plus USB charging stations at the following gates: A10, C6, C20, C27, C35, D21, D23, D30, D40, E10, E14 and E36. If you need to squeeze in some work or a Netflix binge during your layover, grab a seat at one at a free travel lounges (find them at A29, B8, B28, C8, C27 and E8), which offer workstation-style seating and power outlets. You’ll also find free computer kiosks throughout the airport for quick web surfing.

To get the blood pumping before your next flight, check out the walking path in Terminal D, which extends seven-tenths of a mile. Take things up a notch and add the two staircases leading up to the Skylink train to your route.

There’s also a free 24-hour yoga studio near tucked between Terminals B and D. It’s at the end of the walking path, closest to D40. If you’re lucky, you just might catch yourself in tree pose beside Duck Dynasty’s Willie Robertson.

Got little ones in tow? They’ll love the Junior Flyer’s Clubs — open air areas where kids can climb, crawl and play on soft foam planes and cars at A13, B12, C14 and D39 — and you’ll love the nearby seating areas with charging stations for your phone.

DFW also boasts an art collection featuring the work of over 30 artists. Find their paintings, sculptures and floor medallions in Skylink stations, in Terminal D, and in the sculpture garden outside the Terminal D parking garage.

A few other DFW features to keep you busy while on a long layover:

Once through security, you’ll have the opportunity to buy Western wear and Texas memorabilia (C33, E34, D12, B23) and Dallas Cowboys gear (C26, D23 and E13) nearly everywhere you turn. There’s even a Dallas Cowboys for Her at D10.

Alongside the airport staples such as Auntie Anne’s Pretzels, Chili’s Too and Starbucks, you’ll find several unique-to-DFW restaurants such as:

Shared shuttle services include City Shuttle, GO Yellow Checker Shuttle and SuperShuttle. Rates vary depending on where you’re going, but you can calculate an estimate online with each company.

Dallas/Fort Worth rental car options include Advantage, Alamo, Avis, Budget, Dollar, Enterprise, E-Z Rent-A-Car, Hertz, National, Sixt Rent-a-Car and Thrifty. Follow the Rental Car signs to the designated pickup area on the lower level of the terminal where you can get on the rental car shuttle bus. Buses run 24/7 and depart every five minutes. The trip to the rental car lots is about 10 minutes.

If You Have Half a Day

Pick a downtown Dallas neighborhood to explore for a morning or afternoon. All of the below are accessible by DART.

Head to Main Street District to get to the city center. Shop at the landmark Neiman Marcus where you can dine at The Zodiac. The Thanks-Giving Square garden, chapel and museum offers a tranquil space with greenery, waterfalls and exhibits. You might catch live music or a festival at Pegasus Plaza and Main Street Garden.

Art lovers will enjoy the Pearl/Arts District. Here you’ll find not only most of the Dallas area performing arts venues, but also several urban green spaces with public art, plus museums such as the Nasher Sculpture Center, The Perot Museum of Nature and Science and the Dallas Museum of Art. For $10, take a 90-minute architectural walking tour throughout the neighborhood.

For shopping, eating and entertainment, head to the historic West End District. Stop by Dealey Plaza’s grassy knoll (where JFK was shot) and visit the still-standing 1892 red county courthouse, which houses the Old Red Museum of Dallas County History and Culture.

The above neighborhoods are close to each other, so make a day out of visiting a couple or all three. You may want to swing by another neighborhood such as the up-and-coming Deep Ellum (The Deep Ellum taproom and the Cane Rosso Napoletana-style pizza are local favorites.)

You may be able to squeeze in a visit to the Dallas Arboretum and Botanical Garden, George W. Bush Presidential Library & Museum or Dallas World Aquarium — though keep in mind these are not all close to downtown and will likely require a car.

For a more upscale experience, book a night at The Joule — and be sure to check out their perilously perched rooftop pool (from $299/night).