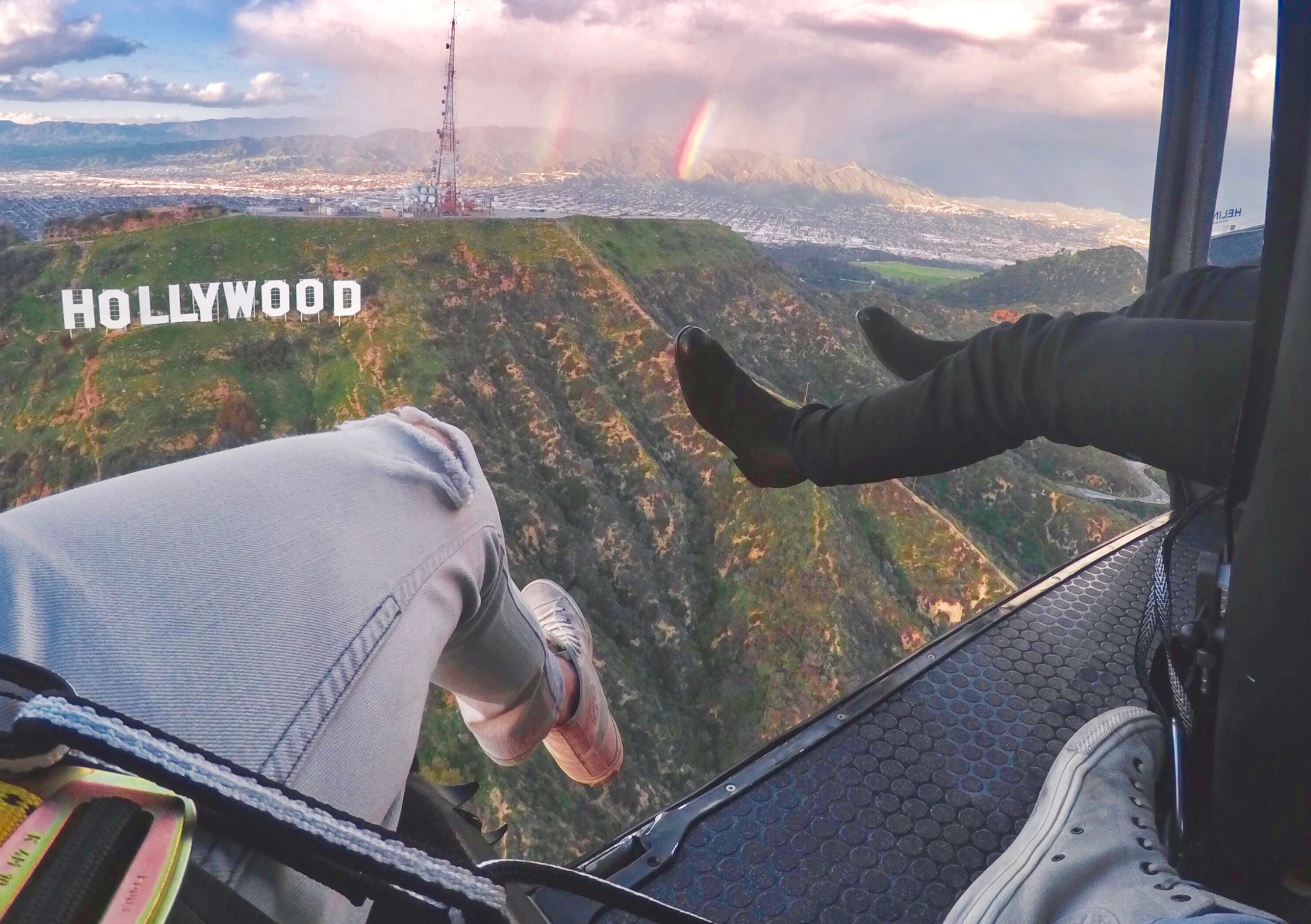 BLADE Expands Into LA + Win a Free Helicopter Ride Over the Oscars
This post contains references to products from one or more of our advertisers. We may receive compensation when you click on links to those products. Terms apply to the offers listed on this page. For an explanation of our Advertising Policy, visit this page.

Enter BLADE, the company that's innovated a variety of transportation services in New York City, including on-demand helicopter service from Manhattan to the city's airports, helicopter and seaplane flights to the Hamptons or private jet service to Miami. BLADE is officially launching in Los Angeles this week and will start offering helicopter bookings through their app to get around the city and surrounding areas. You'll be able to access their BLADE Anywhere charter service, where you can charter a helicopter, turboprop or jet to any destination you choose. Just plug in the time, place and final destination and BLADE will take care of the rest.

Over the past few months BLADE has been testing its service throughout Los Angeles and will be opening to the public this weekend. Getting into LA can be a hassle — even with a variety of airports to choose from, you'll still be sitting in traffic for ages to get to your final destination. But with BLADE bases sprinkled around the city and its airports, you'll be able to get from A to B without having to deal with traffic on the 405.

The company plans to offer service on popular routes like Santa Monica to the Staples Center, Downtown LA to LAX, Burbank to LAX and Van Nuys to Downtown LA. These flights start at $495 to charter the whole helicopter, similar to the price to rent a chopper from Manhattan to JFK.

You'll even be able to charter longer flights, with routes such as Santa Monica to Orange County starting at $995, and Santa Monica to Santa Barbara from $1,495. And like you can already do in New York, you'll soon have the opportunity in LA to crowdsource these flights through the BLADE app, where members of the BLADE community can purchase by-the-seat and hop onto your chopper to bring down the cost of the ride.

The first flights to be offered, which are already available to book through their app, are the BLADE Freestyle-HeliPhoto flights, powered by FlyNYON, the experts in heliphoto aviation. For $295 a seat, you'll be strapped into a doors-off helicopter and then whisked away to see iconic Hollywood locations like the Hollywood Sign, Beverly Hills and finally over the Dolby Theater where you'll get a bird's eye view of the Oscars this Sunday and snap some epic pictures.

BLADE and TPG have partnered to give away two seats on a Freestyle-HeliPhoto flight this weekend. The 25 minute flight will leave at 3:30pm on Sunday (2/26) from Van Nuys Airport. You'll get to taste the magic of what it's like to fly with your legs hanging out the side of a helicopter and hover 700 feet over the Oscars.

Winners will be selected tomorrow at 9am PST/12pm EST. Even if you don’t win, you’ll still receive a $100 account credit* towards your first flight when you enter the referral code: THEPOINTSGUY. Make sure to enter quickly, since the flight is tomorrow!

*Note - credit will not work for the BLADE Freestyle-Heliphoto Oscar flights.