Articles
Zach Honig is Editor-at-Large at TPG, with contributions ranging from articles digging deep on loyalty programs and credit cards to delivery flight coverage to drone photography and much more.
Follow
May 16, 2016
•
3 min read 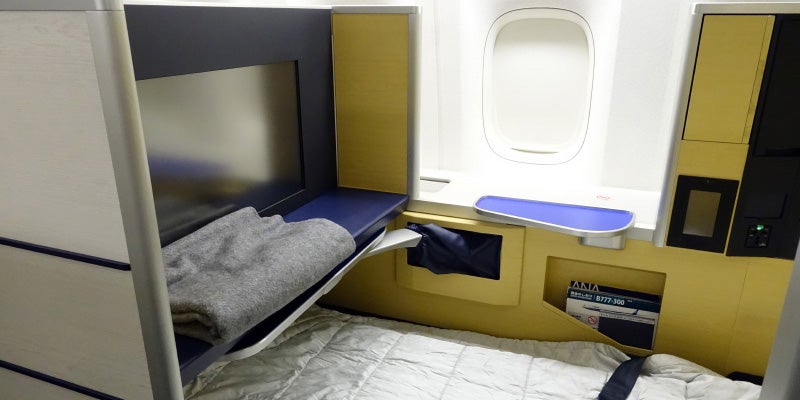 Redeem United Global Premier Upgrades on ANA Flights
This post contains references to products from one or more of our advertisers. We may receive compensation when you click on links to those products. Terms apply to the offers listed on this page. For an explanation of our Advertising Policy, visit this page.

One of the most generous perks of United's Premier 1K (and top-tier status from American and Delta) is the upgrade certificates you'll receive that let you book a lower cabin and confirm a business or first-class seat long before departure. Of course, just having the upgrade certificates doesn't guarantee an upgrade, but if you know how to make the most of the tools at your disposal, such as United's Expert Mode, you can vastly improve your chances of confirming a higher-class seat.

For a while now, you've been able to use these United upgrade certificates to confirm a business or first-class seat on flights operated by Lufthansa, in addition to those on "United metal." And now, UA's making it possible to redeem a Global Premier Upgrade (GPU) to move up a cabin on ANA-operated flights as well.

The process works a bit differently for upgrading on ANA. Here's what United has to say:

Global Premier Upgrades on ANA-operated flights are valid for one-segment, one-cabin upgrades on any multi-cabin international flight operated by ANA and marketed by ANA or United. Upgrades are subject to availability and valid for paid, published fares only. The following ANA fare classes are eligible for Global Premier Upgrades: C, D, J, Y, B and E. Once the ticket has been issued, requests can be made online through the Global Premier Upgrade on ANA or Lufthansa request page. You can make upgrade requests for ANA-operated flights beginning eight weeks before departure until up to 24 hours before departure.

The most interesting bit here is that GPUs aren't nearly as valuable on ANA-operated flights, since you can only upgrade expensive economy or business-class tickets. You can still share the upgrades with anyone you like and make the request online, but you can only upgrade from C, D or J class (business) or Y, B or E (economy) — though United could always opt to make this less restrictive in the future.

For example, expect to pay at least $7,500 for a round-trip D-class business ticket between New York and Tokyo (upgradeable to first class) or $6,500 for a round-trip B-class economy ticket (the cheaper E fare class doesn't appear to be available), which you can then upgrade to business — not exactly a bargain!

Upgrade inventory matches the fare classes for award inventory, so if you can book a first-class award seat you can use a GPU to move up from business class as well. Unlike with United-operated flights, upgrades cannot be waitlisted, so there needs to be availability when you search (consider using ExpertFlyer to find space).

Overall, this is a great new perk for United elites. While leisure customers likely won't be booking these expensive fares anytime soon, it's certainly not unusual for business travelers to book full-fare tickets in business and first. And while you've been able to upgrade on United-operated flights, there's no question that you'll have a better experience overall when flying ANA.