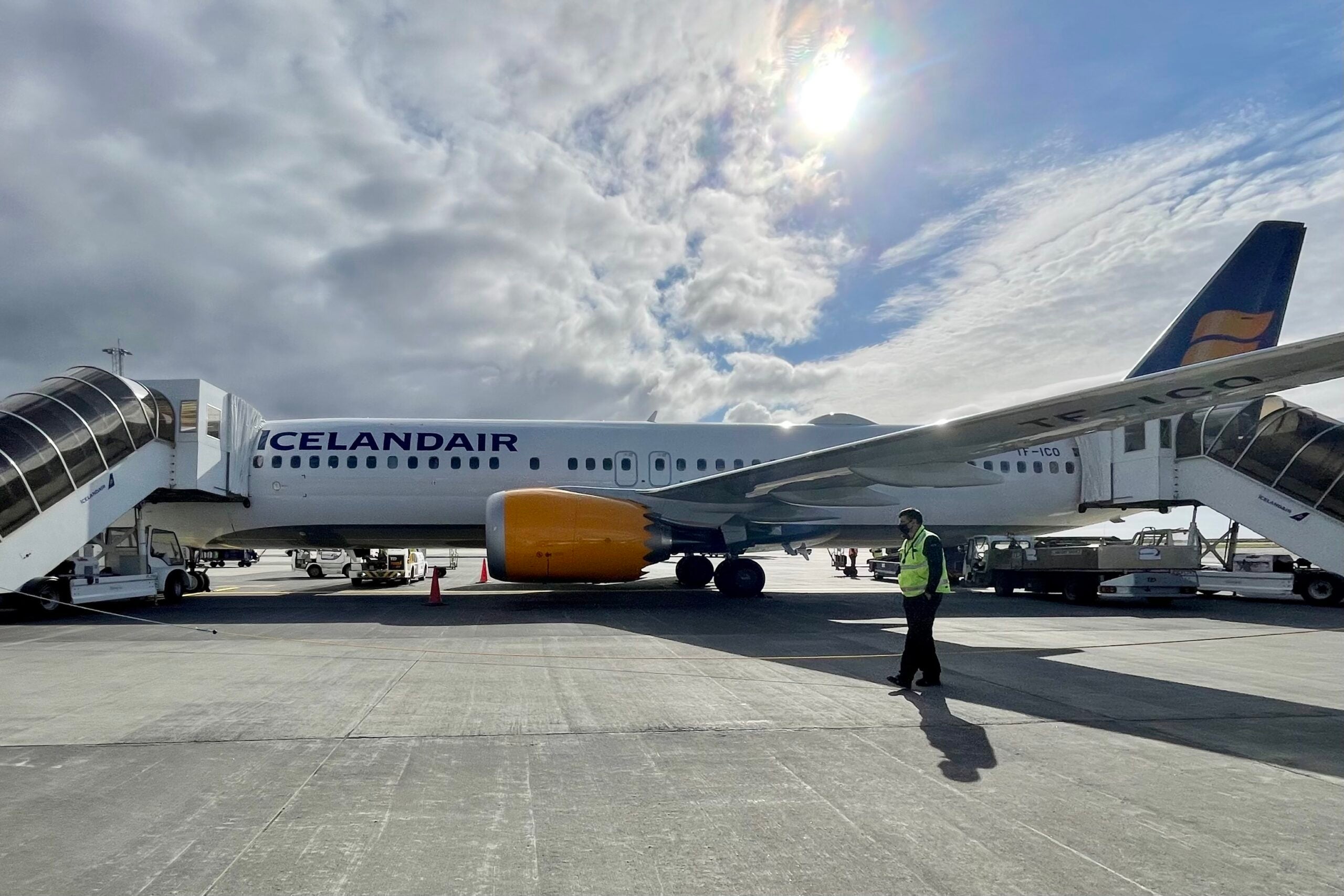 If you're flying business class across the Atlantic, you'll most likely be traveling in a lie-flat seat. Just about every airline flying between the U.S. and Europe offers seats that recline a full 180 degrees, creating a completely flat bed in the sky.

It's become so ubiquitous that travelers have come to expect a lie-flat pod in business class, but there's one notable exception to the flat-bed rule: Icelandair's Saga Class, flying between a handful of U.S. cities and the airline's capital in Reykjavik (KEF).

While the seats may not be ideal for snoozing on a Europe-bound redeye, the airline's Saga fares are often competitive enough to justify a less-appealing product, and tickets include a number of other business amenities, like multi-course onboard meals, extra baggage and airport lounge access.

Icelandair has offered various flight sales throughout the pandemic — many times, Saga Class has been available for around $1,000 round-trip. Depending on the sale, you may find similar fares for flights connecting at KEF to destinations in Europe, and stopovers are generally free, letting you visit continental Europe and Iceland for the same price.

You can also redeem for Icelandair, including awards booked via Alaska Mileage Plan, which prices Saga Class awards starting at 50,000 miles each way, plus taxes and surcharges that may exceed $300.

I paid around $1,150 for a round-trip between New York and Iceland in Saga Class. At that price, I wouldn't consider redeeming miles myself, but it's nice to have the option.

Related: How to fly Icelandair using points and miles

Finally, you can book a coach fare and submit a bid for a Saga Class upgrade, as my friend did on this trip. He ended up "winning" the upgrade with a bid of $280 one-way, $5 above the minimum required. For the return, he bid $245, and didn't get the upgrade, even though eight seats went out empty on the flight. He was offered a 50,000 ISK (about $390) upgrade at the airport, but decided to pass.

You'll find nearly identical Saga Class recliners across Icelandair's fleet, with both the narrow-body Boeing 737 MAX and wide-body 767 operating flights between KEF and the U.S., depending on the route and date.

In some cases, you might even have a choice between the two aircraft — New Yorkers can choose between the 737 MAX from Newark and the 767 from JFK, for example. You may find the airline's older 757 operating select flights as well, but it's likely to be phased out over time.

Despite similar seats and identical service, fares and amenities, these two aircraft offer a notably difference experience. I flew both planes and found the 737 MAX to outshine the larger 767 in five specific areas, at the very least.

Icelandair offers seat-back entertainment, but the selection can be a bit lacking. Whenever I wasn't sleeping, I pulled out my laptop and used the Wi-Fi to get some work done.

The airline offers gate-to-gate Wi-Fi on both planes, but with a vastly difference experience. The 737 MAX sports ViaSat connectivity — the same internet available across JetBlue's fleet. It's very fast and completely free for all passengers.

Connectivity is also available on the 767, but it's far slower, when it works at all. Saga passengers get free Wi-Fi on the 767, while other flyers can expect to pay €12 (about $14) on flights between the U.S. and Iceland.

With some of Icelandair's 767s approaching their 25th birthdays, walking into the cabin feels a bit like a step back in time. Before the lie-flat revolution over the last decade or two, recliners were the norm in business class — aside from the addition of seat-back displays, the Icelandair 767 cabins resemble those of decades past.

While the seats are virtually identical on the 737 MAX, the cabin itself feels far more fresh — it even has that "new plane smell."

Some travelers may not want to book a transatlantic flight on a narrow-body plane, but I wouldn't hesitate, especially if there's an opportunity to score a newer aircraft, as I did on my recent JetBlue economy flight to London.

I always make a note of air vents whenever I'm working on a flight review. Having a vent you can control yourself can significantly improve the experience, especially on warmer flights. Icelandair offers dedicated vents on the 737, but not on the 767 — reason enough to choose the newer plane, in my book.

It's hardly a "make it or break it" amenity, but I love to look out the window during takeoff, landing and throughout the flight. The 737's windows feel larger than those on the 767, and since the plane is far newer, you don't have to worry about scratches on the glass obstructing the view.

Ultimately, Saga Class is a premium-economy seat with business-class amenities and service. With standard recliners instead of the far more common lie-flat pods, Icelandair's Saga Class is arguably the least comfortable business-class option for flights across the Atlantic. Given the choice, I'd pick another airline's business class almost every time, with two exceptions.

First, with Icelandair's frequent fare sales, you can score a round-trip ticket for around $1,000 — comparable to premium-economy fares on other airlines, and far less than you'd pay for a lie-flat pod. When business class is three times the price and there aren't saver awards available on other airlines, I'll consider booking Saga.

I'd also consider Saga Class on trips where I'm adding an Iceland stopover, either in summer, to experience the midnight sun, or winter, for a northern lights adventure. While the roughly five-hour East Coast-Iceland redeye is hardly ideal for getting a good night's sleep, I found the Saga recliner to be more than sufficient for a westbound daytime flight home.

Featured image by (Photo by Zach Honig/The Points Guy)
Editorial disclaimer: Opinions expressed here are the author’s alone, not those of any bank, credit card issuer, airline or hotel chain, and have not been reviewed, approved or otherwise endorsed by any of these entities.