Beachfront Basic: A Review of the Sheraton Buganvilias Puerto Vallarta 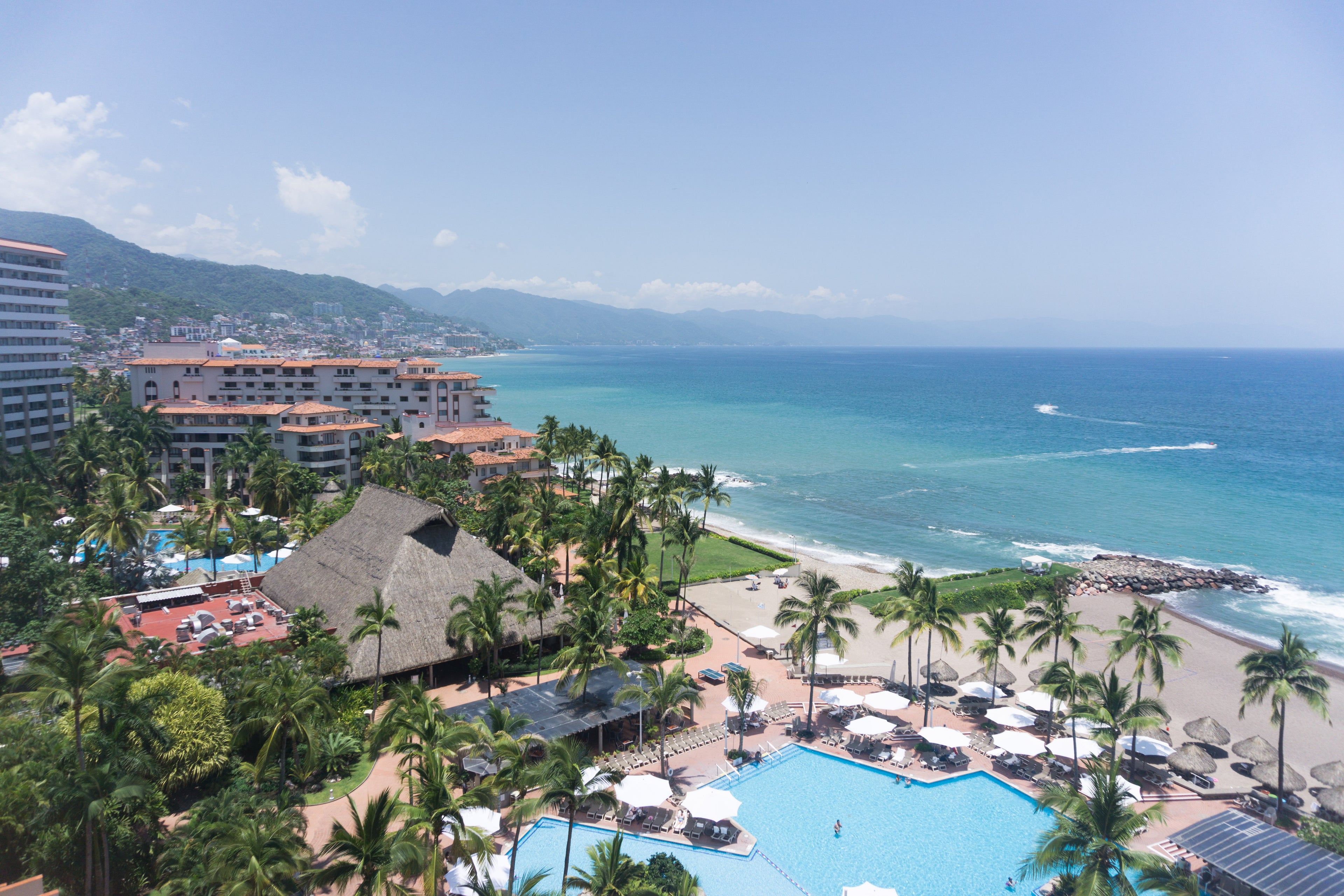 A few days off work around the Fourth of July and open last-minute award availability to Puerto Vallarta called for an impromptu trip south of the border. There were many cool Airbnbs and boutique hotels, but I landed on the Sheraton because of reasonable cash rates and since I'm chasing 100 nights at Marriott/SPG properties this year. The Westin and Marriott in town were sold out during my stay.

Since this was a four-night stay, I used my Citi Prestige card and took advantage of the fourth-night-free benefit. The average nightly rate with taxes and fees was $127, though with the fourth-night credit it averaged down to $107 a night. In addition, I earned 2,868 SPG points during my stay (which TPG valued at $77). This included a few margaritas and the SPG More Nights promotion. My spend at the hotel also earned 1,647 Citi ThankYou points, which is growing to become my favorite transferable currency since Avianca has become a transfer partner and because transfer bonuses keep cropping up.

The hotel was one of the last large resorts before central Puerto Vallarta. It was a pleasant 20-minute walk to the Malecon, the main boardwalk with plenty of bars, restaurants and nightlife. Right up the road from the hotel, Las Americas had a lot of awesome taquerias and local seafood restaurants, with El Patron being a highlight.

The facade of the hotel from the road looked pretty stark and imposing, but gave way to a pleasant open-air lobby with that classic Sheraton family-resort feel.

On the other side of the check-in desks was a lovely seating area to relax in if your room wasn't immediately available.

It was around 5:00pm when we arrived at the hotel, and our room was ready. The agent mentioned that breakfast and hors d’oeuvres would be served in the lounge. We had the choice of a welcome amenity of 500 SPG Points or chocolates. After check-in, we were invited to speak with the concierge for free margaritas. He tried a classic timeshare pitch, but when he realized we weren't interested, we ended up having a friendly chat about Cuba, which turned into another free (and strong) margarita. About 45 minutes later and in full vacation mode, we were on our way to an upgraded club-level room with two double beds.

Upon entering the room, I made a beeline to the window to take in the view and the sea breeze. While there was no balcony, two of the middle panes of the window slid open.

The room looked like it hadn't been refreshed since the early 2000s. I imagine these rooms take quite a beating every spring break.

At entrance of the room was the bathroom with a separate shower and toilet room.

On the desk was a basic kettle and coffeemaker. The room was stocked with four water bottles.

The A/C made a rattling noise throughout the night, but it wasn't loud enough to disturb my sleep. Overall, the room was spacious and functional, though it lacked any aesthetic quality. It matched my expectations of an older Sheraton property.

The Sheraton Club was on the 23rd floor and had the same sweeping views as our room on the 22nd floor.

Breakfast was served from 7:00am to 11:30am and included a decent spread of fruits, yogurt, toast, pastries, scrambled eggs with peppers and onions, poached eggs in spicy sauce, pancakes, bacon and other hot dishes.

While it didn't match the breakfast buffets of Asia, it was a nice way to start a day on the beach.

Between 5:00pm and 8:00pm, snacks and wine were served in the lounge. The wines were pretty mediocre South American blends, and it was disappointing they didn't offer beer as well.

There was a large bowl of pico de gallo, amazing guacamole, salad, cheese, cold cuts and two rotating hot dishes that included things like fried calamari and chicken skewers. It wasn't worth filling up at the lounge in the evenings considering the plethora of affordable dining options in the area, but it was a good spot to line the stomach if you wanted to hit the margaritas a little early.

There were two pools that hotel guests could use, one adjacent to the hotel and the other adjacent to the Vacation Club. Both had swim-up bars and poolside drink service, though the hotel side generally attracted a rowdier crowd. During the afternoons, there were beer-chugging contests and beer pong by the pool.

The Vacation Club side had a small waterfall and a notably quieter vibe during the afternoons.

It was never an issue finding a lounger during our stay. The beach directly in front of the hotel was pebbly, and the water was the perfect temperature for a dip throughout the day. There were warning signs about jellyfish, but we didn't see any during our short stay.

The gym was on the ground floor behind the pool and quite large. It had all of your standard fixings and was rarely occupied, as most guests opted to sip tropical drinks by the pool.

There were also four tennis courts in front of the hotel that guests could use free of charge.

The Sheraton Buganvilias Resort in Puerto Vallarta was exactly what I was expecting: a massive, family-friendly resort on the beach without much character. I liked that the hotel was located close to town and had a club lounge. It was a perfectly adequate place to rest my head between adventures and spending time in town at a reasonable price.

Would I stay at the property again? Probably not, unless I'm chasing nights with Marriott again. Even if that were the case, I'd probably check out the Marriott or Westin in town. The entire design of the property felt too utilitarian for a beachfront property, and the rooms are in need of a facelift.