Articles
Zach Honig is Editor-at-Large at TPG, with contributions ranging from articles digging deep on loyalty programs and credit cards to delivery flight coverage to drone photography and much more.
Follow
May 03, 2018
•
4 min read 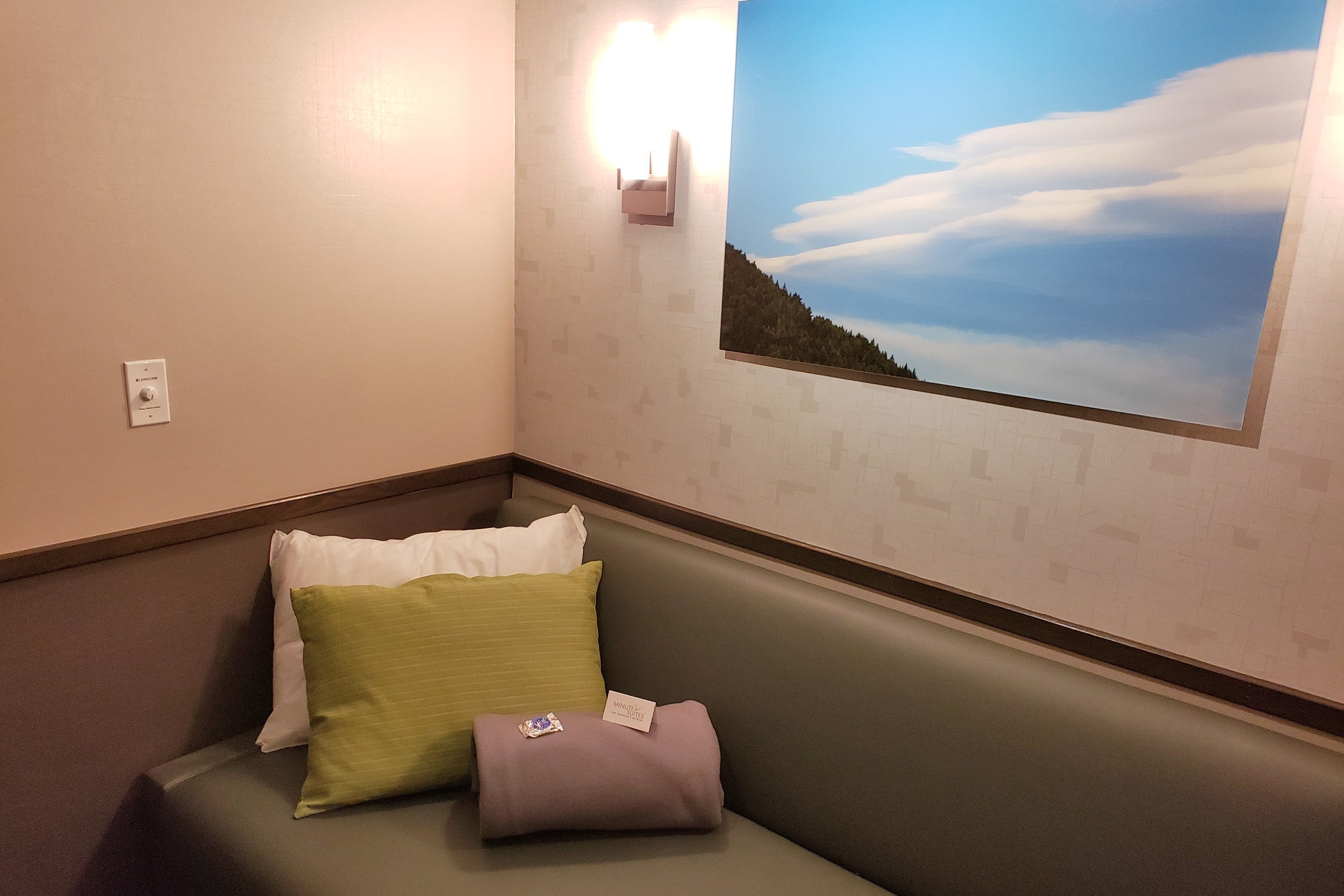 Resident TPG economy-class and Priority Pass Lounge fan JT Genter has been talking about Minute Suites even since he had a chance to visit the chain's Atlanta (ATL) location for free thanks to his Priority Pass membership. So when I happened to be passing through the latest terminal to sport a Minute Suites location last night — at Charlotte Douglas International Airport (CLT) — I carved out a few pre-flight minutes to check it out.

Minute Suites' fifth location in the US is located smack in the middle of CLT, just past the security checkpoints in an area called the "Atrium."

It's open 24 hours a day, which I certainly appreciated, given that I experienced a lengthy delay.

Normally, a one-hour rental will cost you $42 — plus an additional $42 per hour after that, broken down into 15-minute increments. I got one hour free with my Priority Pass card, though, which comes as one of the many perks of the Chase Sapphire Reserve card.

This location has six rooms, and one was ready as soon as I arrived. The agent scanned my digital Priority Pass card, pre-authorized my credit card (in case I stayed longer, priced at $28 per hour for Priority Pass members) and checked my ID before handing over a room key and telling me about the other amenities available, including access to a shower for $20.

Minute Suites are more like mini-hotel rooms than traditional airport lounges. Mine was entirely private, and quiet as well.

The room was very compact, though — it felt considerably smaller than TPG's most recent in-flight suite, for example.

The suite itself reminded me of my room at the Al Safwa First Lounge in Doha (DOH), although it was far smaller, lacked an en-suite bathroom and was considerably less luxurious than what I had there.

You have full control over the lighting and temperature directly from the suite, along with a white-noise speaker, which did a good job of drowning out sound from the terminal.

The room had a daybed, along with two pillows, a blanket and a York Peppermint Pattie (with plenty more available at the front desk).

There was also a rolled-up pad that resembled a yoga mat, that I imagine you can set up on the daybed if you'd like.

When I arrived, the first thing I did was set a one-hour alarm on the included Amazon Echo, to avoid having to pay any overages.

There was also a 32-inch TV with a cable box (and loads of channels), along with a keyboard and trackpad — though I couldn't figure out how to use the computer, assuming there was one attached to the TV. Neither the free Minute Suites nor the airport's Wi-Fi networks weren't working from the room during my visit.

There are plenty of up-charge opportunities, too, ranging from the aforementioned shower access ($20) to $2.25 bottles of water, which the agent politely pointed out required an additional charge.

Without Priority Pass, a Minute Suites visit can get pricey pretty quickly, though eight-hour overnight stays are priced at $140 — far less than you'd pay at the hourly rate. You can also get 30 minutes of free access if you're a mother needing to pump or breastfeed, which is a pretty solid perk.

As a Priority Pass member with free access, I'll definitely be back whenever I need a quiet place to chill for an hour — I don't think I'd pay to stay longer or tack on $20 for a shower, though.

Featured image by (Photo by JT Genter / The Points Guy)