Better Than the Original: Joon (Airbus A340) in Premium Economy From Paris to Mumbai 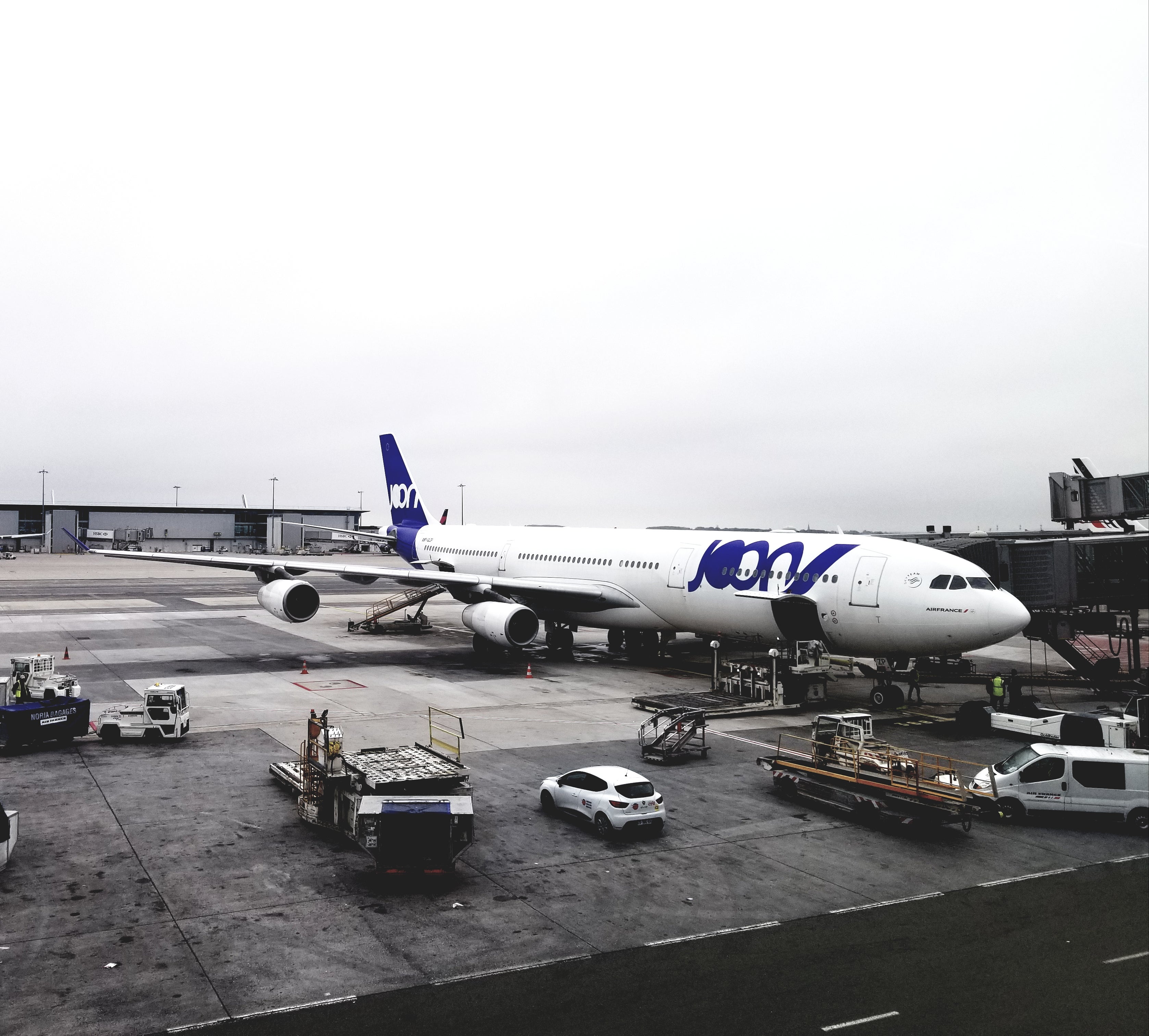 I’m always looking for a great deal to book in the best possible seat arrangement possible, and it was no different for a recent trip to India that was part of a larger journey from Columbus, Ohio (CMH), to Mumbai (BOM) via Atlanta (ATL) and Paris (CDG) on the outbound with the return trip going Mumbai to Paris to New York to Columbus, with all the long-haul segments in premium economy.

Securing the right itinerary for a rather long flight can be an arduous process. I’m very particular to the amount of time in a connection (never make it too short!), the connection cities, the aircraft and overall timing. One thing I didn’t take into consideration was the fact that both Air France segments between Mumbai and Paris were actually operated by Joon, Air France's "boutique" airline that's tailor-made to cater to millennials... whatever that means.

So, what actually is Joon? The Joon marketing slogan is “the new generation of travel by Air France,” and I could not agree more. While there are many back-end attributes that are clearly Air France (such as Air France pilots, aircraft formerly in service with AF and the website being a subset of AirFrance.com), the flight experience was refreshingly different. The cabin crew was a bit junior to what you would typically see on a route operated by parent Air France, but it was quite refreshing and welcomingly casual. And the Joon flight attendants have decided, in fact, that it is OK to wear blue and black together.

Joon flies to eight destinations in Europe and five farther destinations, such as Cairo; Cape Town; Fortaleza, Brazil; Mahe, Seychelles; and Mumbai. Joon has a fleet of Airbus A340, A320 and A321 aircraft.

I booked the whole trip with The Business Platinum Card® from American Express for a decent price that I found on Orbitz for $2,661.22. I earned $26.62 Orbucks as well as 2,661 Membership Rewards points (I didn't qualify to earn 5x points on my airfare since I didn't purchase this ticket directly through the airline). The whole itinerary was actually ticketed by Delta, so the entire trip (all six segments) earned a respectable 27,000 miles, thanks to the bonuses I receive as a Diamond SkyMiles member.

This was a connecting flight after I came in from Atlanta, so I didn't need to check in at CDG. I'd done all my checking in at the airport in Columbus, my original departure airport.

For my flight Joon flight departing from Paris, I had about three hours for the connection, which allowed plenty of time to visit the Air France lounge. Many bemoan connecting in CDG, but connections to and from a non-EU destination are a fine experience, in my opinion.

I didn't have to clear European Union passport control but did have to be screened before entering the lounge.

As a SkyTeam Elite Plus member, I had access to the Salon Air France, a newer and more full-service lounge at CDG. There were few guests in the lounge at 8:00am, but it stretched long and rather wide, so it could've accommodated a lot of guests with ease. It never got loud even when it got more crowded an hour later.

It had decent seating, power, Wi-Fi and complimentary refreshments. I made a small breakfast from the buffet with eggs and sausage. Both were tasty. Note the table had both USB and power ports in the center of the tabletop, much more convenient than reaching for the floor.

This 2E Hall L lounge had a number of additional services including shower, sauna and salon, but I didn't partake.

I was a SkyPriority passenger in premium economy, which equated to Zone 2 for boarding.

Everyone was organized and followed the zone boarding sequence. Refreshing for Europe.

CDG 2E Hall L also had classic arcade games that were totally free to play, a nice touch for those waiting to board!

There was one issue with the terminal: limited restrooms. I only saw two or three sets of restrooms. When I visited in September, there was only one small men’s restroom operational in the departures area. Many of the existing restroom facilities were closed for remodeling.

I turned immediately into the business-class cabin of this 19-year-old Airbus A340, registration F-GLZP.

Each business-class seat had a tag with a handwritten number on it, something I’ve never seen before.

I was very happy once I arrived at my seat, 15J. I'd booked the aisle seat but ended up moving to the window seat, 15K, as I was the only passenger in this set of two seats. It was also a nicer premium-economy seat than the Air France no-recline-but-rather-have-your-seat-slide situation.

The seats were comfortable, equipped with both a decent-sized pillow and a blanket. I liked the bottle holders. I found the Joon seat comfortable for rest, much more effective than the Air France premium-economy configuration.

The bulkhead row, 14, got them too. It's a good sign that Joon made sure the experience was the same for every passenger.

Moments after I was seated, the flight attendants came by with a choice of orange juice or sparkling wine. I chose the latter.

The premium-economy cabin was less than half full, while the other cabins were about 75% full. The flight departed on time.

The lavatory size and amenities were the same as you would see on other mainstream A330 and A340 operators. There were enough lavatories, and they each had an adequate amount of space and new fittings.

Soon after takeoff, all premium economy passengers were given a small but effective amenity kit with the basics: toothbrush, toothpaste, socks and an eye mask. I kept the little clutch bag that the kit was issued in, though I found the plastic it came wrapped in difficult to open.

The entertainment selection was more than adequate and the screen quality good. The screen measured well over 12 inches diagonally.

At the bottom of the screen was a USB port and a connection for conventional headphones. I was able also to stow my phone below the screen to charge.

Wi-Fi was offered on board, and I found it to be of decent quality. I didn't install the YouJoon mobile app for onboard streaming but found the seatback screen more than adequate and more convenient than holding my phone or a tablet on the tray table.

The menus were similar to Air France's (in fact they have the same wines and beer options).

A full lunch and a snack (with no details on the menu) came with this flight.

The first drink service came through at least 90 minutes after takeoff. Right after that came lunch.

I chose the Indian lunch, which was tasty enough (though it wasn't warm enough), but I didn't care for the packaging.

I passed on the wine offer after the meal service.

The snack service about two hours before arrival came with warm bread with vegetables, fruits and nuts and coffee. It was light and tasty.

Landing was on time, and we landed and deplaned at a gate with a jet bridge.

There's no question in my mind about it — Joon is better than Air France. I had a completely pleasant flight, tasty food, good IFE and was able to rest. Most importantly, though, the premium-economy product on board this AF subsidiary is better than that of its parent company. If Joon is flying on a route that I need to fly again in the future, I'd absolutely fly it again, and would prefer it to Air France.