A city hotel on a secret street: A review of the Hilton Melbourne Little Queen Street 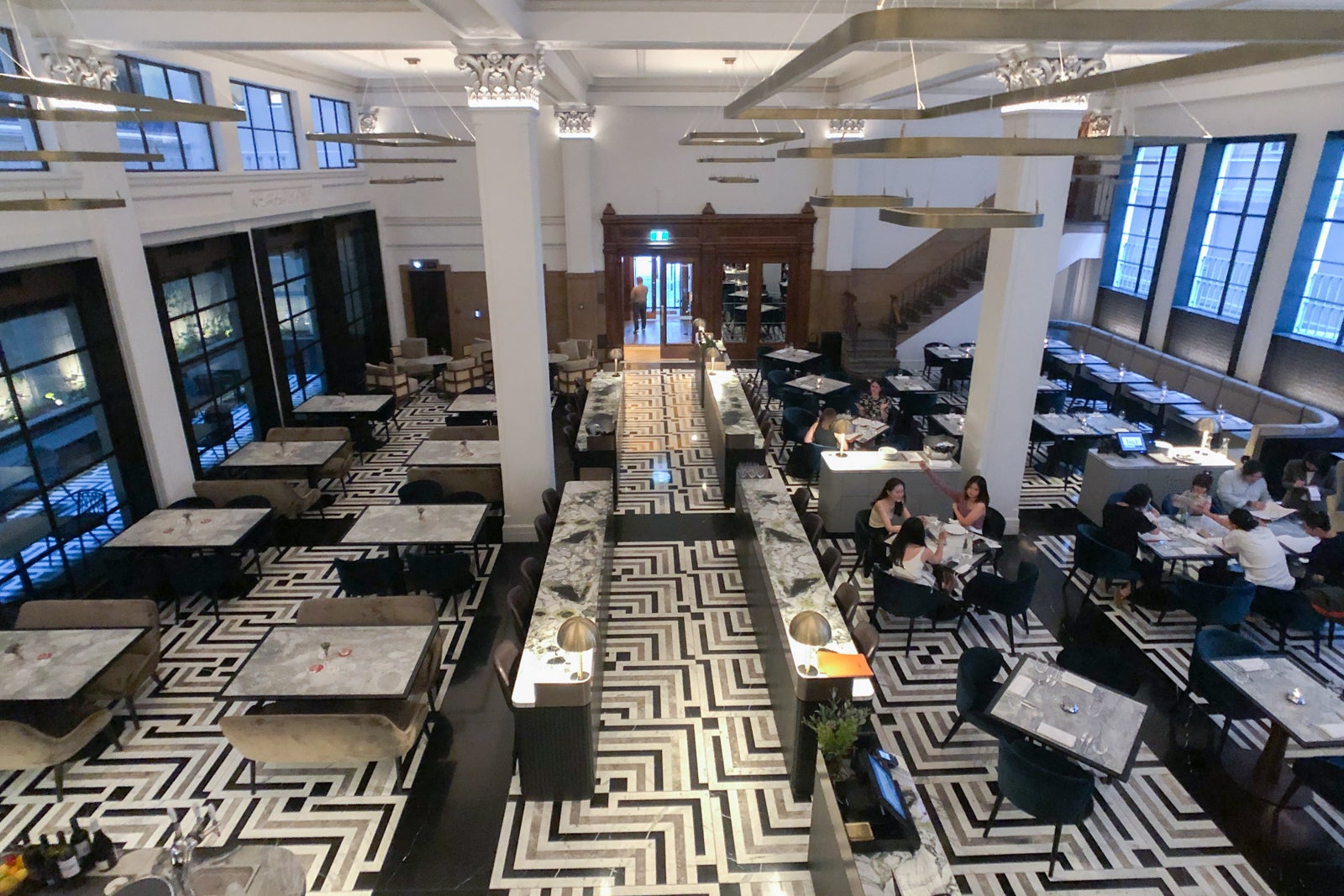 “I didn’t even know this street was here!” That was the common refrain from Uber drivers picking me up or dropping me off at the Hilton Melbourne Little Queen Street, which opened a year ago in March.

The 244-room hotel marked the return of the Hilton brand to Australia’s second-largest city after a five-year absence, but seems to have remained under the radar since then.

Little wonder, since Little Queen Street isn’t one of the city’s better known alleyways, and the hotel’s secondary entrance on Bourke Street is the neo-Baroque 1930s façade of the former Equity Trustees Company building without much obvious Hilton signage to be seen.

What the Hilton Melbourne Little Queen Street lacks in street cred, though, it makes up for in location and affordability. Here’s what it was like during my recent two-night stay.

New to The Points Guy? Sign up for our daily newsletter to learn more about points and miles.

On the one hand there is a heritage wing, which houses the Italian-skewing Luci restaurant and the craft cocktail den, Douglas Bar. It has a lot of character, and thanks to the preservation of historical architectural features like multi-story Corinthian columns, quarter-turn stone staircases and sections of exposed wall and ceiling frescoes, guests get a sense of what the building must have looked like back in its heyday.

The accommodation tower, however, feels like your average Hilton hotel in Anywhere, U.S.A. with a bland color palette and limited in-room amenities.

Perhaps the hotel’s best feature? Its Little Queen Street face is a wall of angled bronze panels that dynamically reflect an enormous mural on the building opposite by local graffiti artist Kitt Bennett.

The Hilton Melbourne Little Queen Street is located toward the western end of the rectangular grid of streets that makes up the city’s central business district (CBD).

It’s within walking distance from many central sights including the Flinders Street Station and Federation Square, as well as the bars and restaurants of Southbank in one direction and trendier neighborhoods like Fitzroy in the other (though that’s a healthy hike).

The nights of my stay, I booked the starter King Guest Room for $215 per night, but was upgraded to a King Deluxe Room with City View and received complimentary breakfast each day thanks to my Hilton Honors Gold elite status.

The hotel’s guest rooms were designed with more custom details than might be apparent at first glance. According to Hilton, the geometric carpet patterns reference designs in the Equity Trustees Company façade. Also, artistic prints by Roger Arnall are blown-up details from architectural sites around Melbourne, while leather closet handles are meant to evoke the glamour of travel in a bygone era.

All that was lost on me, unfortunately. The room, while spacious, felt sterile -- and not in a COVID-era positive way. It just didn’t seem to have any unique charm thanks to the white-gray-blue palette and paucity of wall art.

However, it did include plenty of USB ports and power plugs (make sure you have an adapter), fast Wi-Fi and a large HDTV with Chromecast. One major drawback for this caffeine fiend: an electric kettle and coffee sachets rather than an in-room espresso-maker, which is practically de rigueur in Australia.

The bathroom was small but efficiently laid out, with a long marble countertop and single sink, as well as a walk-in shower with overhead and wall-mounted spigots. The herbaceous Hunter Lab bath products were a nice touch, but the anti-theft bar in the shower meant to prevent stealing the full-size bottles made it hard to actually dispense shampoo and conditioner. Finally, the toilet was wedged so tightly into a corner that it might be difficult for some longer-legged guests to use.

In a city as food-focused as Melbourne, it would take a destination restaurant to keep me in at my hotel on any given evening rather than roving the nearby laneways.

While chef Sam Moore’s Luci was certainly beautiful to behold, the empty dining hall and intriguing (but expensive) menu had me venturing out both evenings of my stay. That said, if you do decide to dine in, you can count on specialties like fregola with lobster emulsion and barbecued scallops (26AU$/$19) and dry-aged Macedon duck breast with apricots and fennel ($44AU$/$32).

I did, however, enjoy the serviceable breakfast buffet. It included a few hot items like scrambled eggs, bacon and pork sausage, along with fresh fruits, pastries and a selection of cold cuts along with filtered coffee or tea (barista-brewed coffee drinks cost extra).

The second night of my stay I stopped by one of the Douglas Club’s two Art Deco-leaning lounge areas, which sit to either side of the Bourke Street entrance. I sipped a pre-prandial cocktail under ceilings fitted with screens displaying a multi-media art show.

The signature Maple Lane (23AU$/$17) that I ordered was a take on the classic Boulevardier, with Rittenhouse rye, Antica Formula vermouth, absinthe, Peychaud’s bitters, fig and rosemary syrup with a candied rosemary praline, all smoked with maple wood. It was savory, tangy and strong — the perfect setup for a night out on the town.

The hotel’s gym was located one floor above reception and contained a few treadmills, an elliptical, a rowing machine and free weights.

There were meeting rooms aplenty on the same floor, but no spa at the hotel, which isn’t a huge drawback in a city hotel like this one.

As for service, the waitstaff at Luci were all very warm and friendly, inviting me to sit in a quiet corner of the restaurant so I could linger over breakfast and spend a few hours working in the morning. The reception agents were likewise friendly and efficient, and even recovered an item I’d left behind in the room in record time.

Perhaps not the most distinctive hotel in the city, the Hilton Melbourne Little Queen Street was, nonetheless, a nice place to spend the final two nights of my Australian itinerary. The staff was welcoming and cheerful, the room was spacious and serviceable, and the breakfast buffet provided a nice venue for holding morning office hours. I’d love to see some espresso makers in the guest rooms, as well as more art throughout the hotel and accommodations. Barring that, though, affordable cash and award rates might just be enough to keep this hotel in my regular room rotation for future visits to Melbourne.

Related stories
Chasing elite status on Alaska Airlines? A flight to California this fall could help
Flights to Auckland starting under $700 round-trip
The ultimate guide to earning elite status with United cards
American Airlines forgot it had landing slots at JFK. Then it lost some of them
Featured image by (Photo by Eric Rosen/The Points Guy)
Editorial disclaimer: Opinions expressed here are the author’s alone, not those of any bank, credit card issuer, airline or hotel chain, and have not been reviewed, approved or otherwise endorsed by any of these entities.