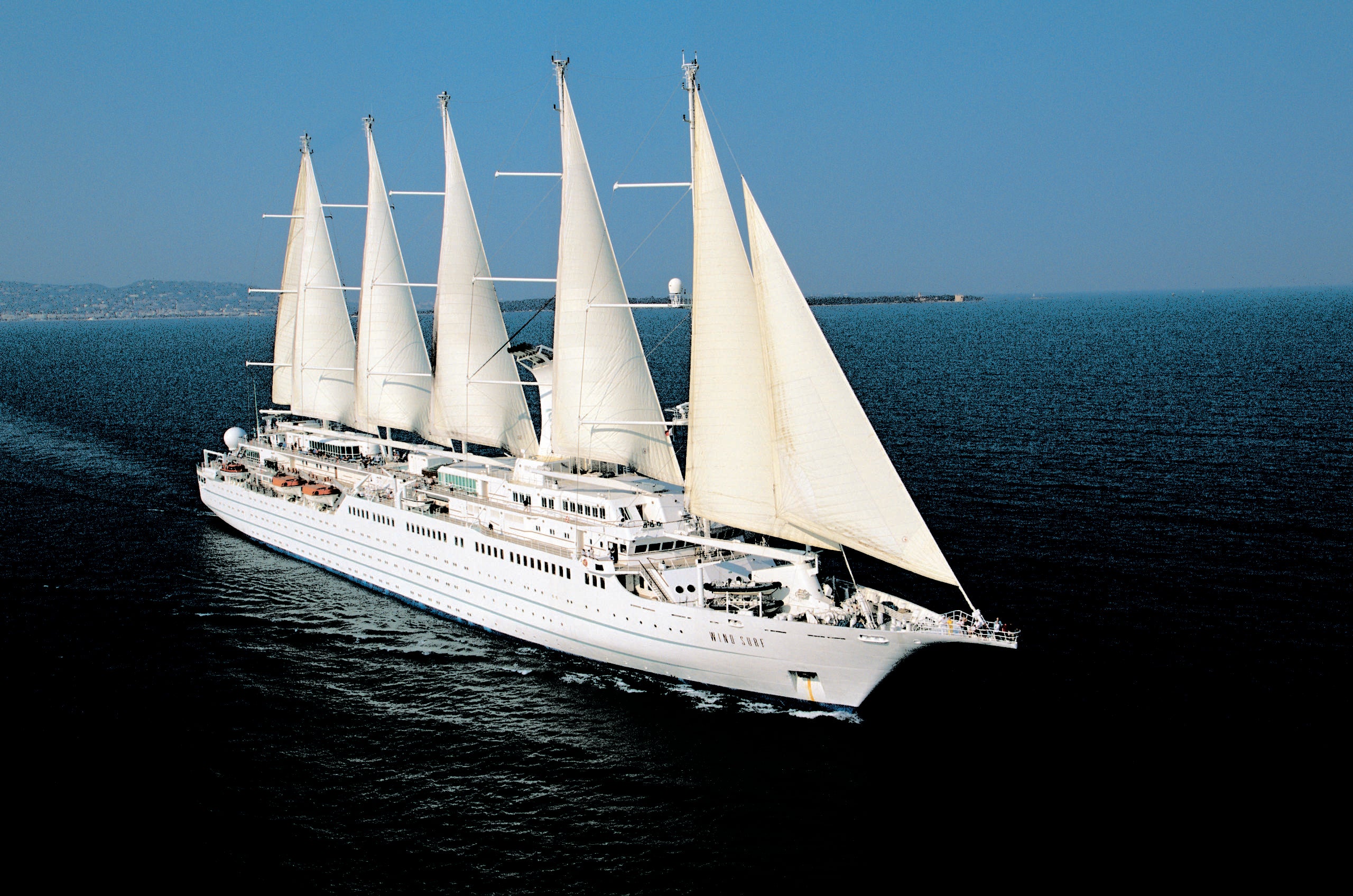 Exclusive: Windstar Cruises to unveil new, multitier loyalty program
This post contains references to products from one or more of our advertisers. We may receive compensation when you click on links to those products. Terms apply to the offers listed on this page. For an explanation of our Advertising Policy, visit this page.

Big news, Windstar Cruises fans: The line is about to reward you for your loyalty far more than in the past.

The small-ship cruise specialist today will announce a new, multitier loyalty program that will bring top Windstar customers such valuable perks as a $100-per-person onboard credit for every sailing, free laundry service, free Wi-Fi and significant discounts on cruises, beverage packages and shore excursions.

"Our guests told us loud and clear that they would like to see more recognition for sailing more frequently," Betsy O’Rourke, the chief marketing officer for Windstar and its parent company, Xanterra Travel Collection, told The Points Guy in an exclusive interview to discuss the new program. "We heard it."

Dubbed the Yacht Club, the new, point-based loyalty program will replace a relatively modest incentive program of the same name that offered repeat cruisers discounts on sailings and a cabin upgrade at check-in, when available, but not all that much else of significant value.

The old program didn't have any tiers.

"We had some very good but very base benefits, but ... there wasn't any differentiation (in rewards), whether you sailed one time or 50 times," O'Rourke noted.

The new Yacht Club program will have four distinct tiers, each with better perks than the last.

In addition, as was the case with the old program, all Yacht Club members will get a 5% discount on fares when booking a cruise. They'll also get an additional 5% discount for bookings made within 60 days of finishing a sailing -- another feature of the old program.

In a new twist, members also will get a much more enticing 20% discount on select Yacht Club member sailings. One caveat: The 20% discount won't be combinable with other offers.

All Yacht Club members now also will get the following perks, a handful of which also came with the old program:

O'Rourke said she got requests for such perks in person from frequent Windstar cruisers every time she sailed with the line in recent years. The company also did surveys of its regular customers that pinpointed the most sought-after benefits.

Many of the Windstar regulars were looking for more discounts as a reward for loyalty, she noted. But their top priorities went beyond that.

"Access was very important," she said, explaining the reasoning behind such perks as advanced notice of new itineraries and sales events. "One of the fundamentals of this program is that Yacht Club members have early access to everything."

O'Rourke said Windstar would kick off the new program next week with its first-ever "member appreciation week" for Yacht Club members. It'll bring an exclusive private sale for club members and double the normal savings on all Windstar sailings in 2021 and 2022.

During the appreciation week, club members will have early access to new itineraries that focus on Israel, the Black Sea, Mexico’s Sea of Cortez, Alaska and the West Coast of the United States.

Related: Windstar Cruises will let you book a cabin in crew area

"That was another thing we heard loud and clear -- (that) there should be some differentiation (in earning rate) if somebody is staying in an Owner's Suite versus our regular stateroom," O'Rourke said.

The tier system also is designed so that frequent Windstar cruisers rise relatively quickly through the ranks. To hit the first tier, One Star, takes just one cruise. Reaching the second tier, Two Star, would take just three seven-night cruises for someone staying in standard cabins. Those staying in suites could hit the Two Star level after just two seven-night cruises.

But O'Rourke noted that many of the line's fans sign up for longer "star collector" voyages of 14 to 60 days that are designed to have few repeating ports. Doing just two or three of those trips in a standard cabin could land someone at the top Four Star tier.

Someone staying in a top suite on one of the longer sailings in theory could hit the Four Star level after just a single cruise.

"Part of our goal was to move folks who are spending the most with us quickly through the tiers," O'Rourke said.

Some lucky Windstar fans will find out this week that they're already at the Four Star level. O'Rourke said customers would get credit for past cruises at a rate of 1 point for every day they have sailed with the line. There thus will be top-tier members in the new program from its very first day.

Related: How our cruise writer got $4,456 in value from his Amex Platinum

As is typical for cruise line loyalty programs, Windstar customers will not have to requalify for status each year. Yacht Club members keep their points at the end of each year and continue to accrue points indefinitely. That means that someone who hits Four Star status will remain at that top tier level year after year.

Most airline frequent flyer programs, by contrast, require loyalty members to requalify for status each year.

One element that frequent cruisers won't find in the new program are complimentary cabin upgrades.

"We have taken that out of the program, and the reason for that is it's just so rare (for someone to get one)," O'Rourke said. She said cabins and suites on Windstar ships often sell out in advance of sailings, leaving no suites available for processing upgrades.

Promising passengers free upgrades when there isn't a lot of inventory for such upgrades is a recipe for consumer frustration, O'Rourke suggested.

O'Rourke said the line still would upgrade top customers to better cabins when such rooms were available, but it would be "a surprise and delight" type of situation -- something unexpected.

One other element of the program that has O'Rourke excited is a new recognition pin program. Yacht Club members boarding ships will get distinct new pins showing their status level.

"Hopefully they're going to wear it proudly," she said, noting that she expected the pins to lead to onboard conversations between longtime Windstar fans and newcomers to the brand.

The announcement of the new program comes as Windstar prepares to restart operations in early 2021 after pausing operations during the coronavirus crisis.

Like many lines, Windstar has been working up a detailed plan to resume sailings in a safe way. The plan includes adding high-grade HEPA filters into the air systems that feed passenger spaces on ships as well as a UV-C ultraviolet germicidal irradiation system. The line also has instituted a new flexible booking policy that lets passengers postpone trips without penalty.

Like many cruise lines that operate small vessels, Windstar has seen a surge of interest in recent months. O'Rourke said bookings for the line's 2021 sailings are ahead by double digits as compared to where they normally would be at this time of year, and 40% of the bookings are from customers who are new to the brand.

"I think they're all cruisers from other brands who are going to try a smaller ship," she said. "Anecdotally, these are cruisers from big ships who miss the water, who miss everything that we all know and love about cruising, but they're not quite ready to commit to the big-ship environment."

Windstar operates a fleet of six small, yacht-like vessels that carry just 148 to 342 passengers. It's known for visiting small ports and hidden harbors around the world.