Why Rome, Paris, Iceland and the Canary Islands are must-visit European spots this winter

Articles
Dia Adams contributes to TPG Family, writes The Deal Mommy, and is the mom of a teen and a tween. Her passion lies in teaching families how to travel more while keeping their savings and sanity.
Follow
Feb. 28, 2020
•
7 min read 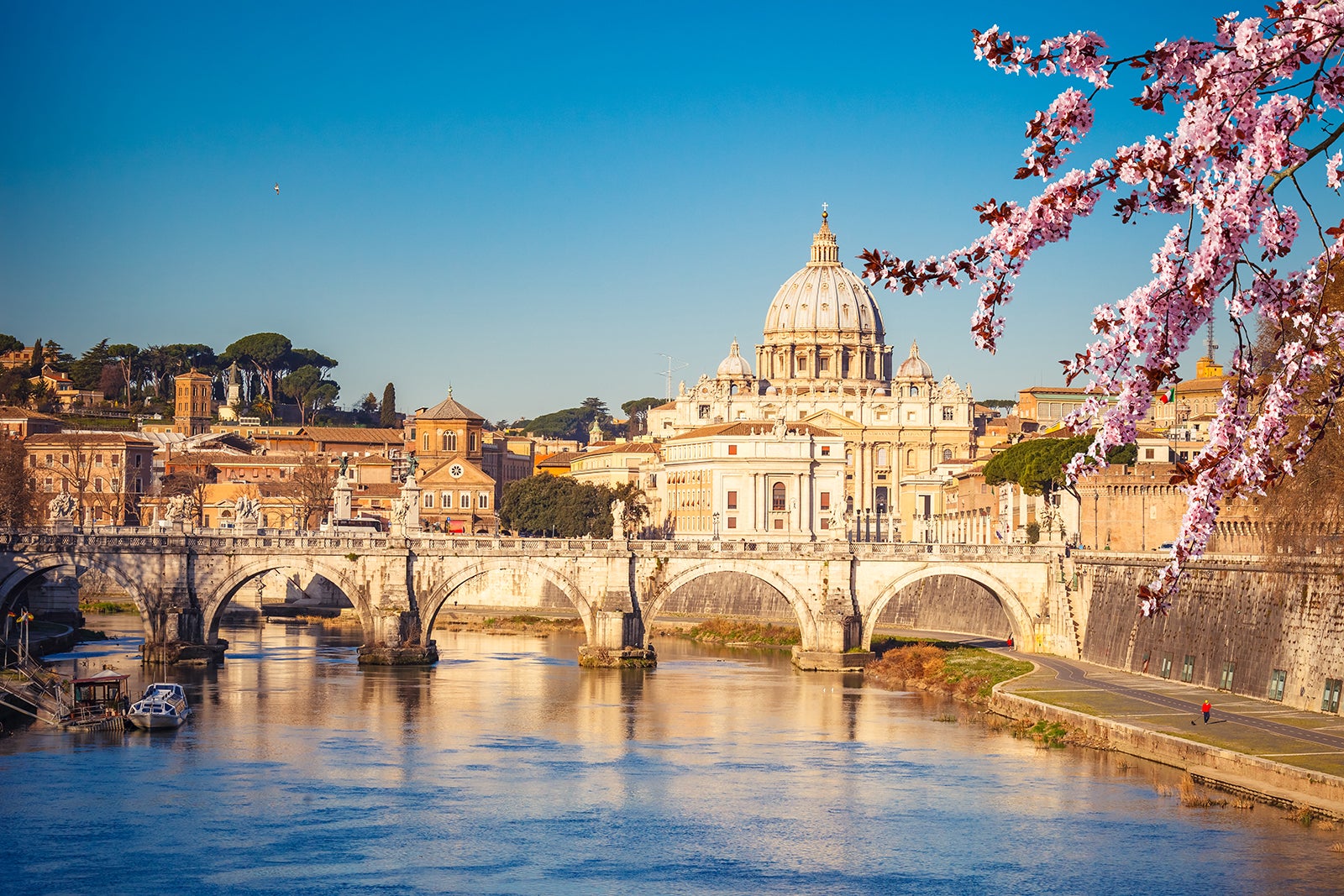 Like many destinations around the globe, Europe is much less expensive to visit in the winter off-season. While that's because most tourists are afraid of the weather, many cities in Europe actually benefit from sparser crowds and lower prices. Here are four of our favorite places to visit when temperatures drop in Europe.

I'm just back from a winter trip to the Eternal City, and have to say that I enjoyed it much more this trip than I did on a July visit a few years ago. The reason is simple: Rome's attractions are chockablock with tourists in the heat of the summer. No ancient site is at its best when filled with flag-toting tour guides and aggressive vendors.

In January, we strolled through the Forum unencumbered by throngs. An early-morning visit to the Sistine Chapel allowed us to admire Michelangelo's work in detail from the benches in the chapel. During my summer visit, I didn't even realize the Sistine Chapel had benches, because I was too busy trying not to get trapped in the tourist mosh pit.

Best of all? The January weather was glorious: clear skies and 50s in the daytime, dropping to the low 40s at night. While we were lucky and didn't see a single sprinkle, you'll want to be prepared for a rainy day. But don't let that stop you: The cacio e pepe pasta dish will taste just as good, and lingering over lunch gives you an excuse for that second glass of Chianti.

Plan your trip to Rome with these resources:

I love Paris in the ...winter? Yes, I do. I detailed my reasons in this post but here's the Cliff's Notes version: Most marquee Parisian attractions are indoors and benefit from the fewer crowds. I had been to Paris three times before my winter trip and hadn't visited the Louvre or the Orsay Museums because I just didn't want to deal with the masses.

In January we had entire rooms of the Orsay to ourselves and were able to walk into its fabulous restaurant for lunch without a reservation. While the Mona Lisa is never without admirers, we got a lot closer to her than we would have been able to in the height of summer. And I forgot to mention my favorite part: January is sale season in France, so be sure to pack an extra suitcase.

Unlike Rome, Parisian weather in winter will feel winter-like. Snow is uncommon but entirely possible: we even had a snowy day at Disneyland Paris, which gave the castle a distinctly Arandelle-like feel. (If you're a fan of Frozen, you'll especially love it.) That said, I felt like the dreariness actually lent itself to the city: I felt like I had been transported into an art film.

Heading to Paris? Here's what you need to know:

Readers in Europe might be surprised to know that their retirement hot spot is not on most Americans' radar. That's a shame, as the Canaries are blessed with a micro-climate that gives them among the world's best weather year-round. The islands' temperatures live in the sweet spot between 60 and 80 degrees Fahrenheit most of the year.

While the ocean may be a bit chilly for swimming (and most hotel pools will be as well, as they aren't heated), the views are still impeccable and the beaches perfect for an uncrowded stroll. You can even imagine yourself in the Sahara when you see the sand dunes of Maspalomas in Gran Canaria.

The Canary Islands, of which Tenerife and Gran Canaria are the easiest to get to from Europe's mainland, are about a three-hour flight from Madrid. So while they are technically a part of Spain, they are also far enough away to have a distinct culture and palate of their own. Dishes such as patatas arrugadas (wrinkly potatoes) and octopus prepared every way you can imagine tempt you all over the islands. And no visit is complete without taking a bottle of ron de miel (honeyed rum) back home from duty-free.

The Canaries shine during winter for another reason: Carnival. Expect much revelry without the chaos of Rio or New Orleans during the festival, which takes place during late February or early March.

Note that guests in one Tenerife hotel have been quarantined as a proactive measure against the spread of coronavirus after several guests tested positive for the illness. There are no confirmed cases on other Canary Islands as of press time.

Learn more about the Canary Islands:

Iceland may seem counter-intuitive, but I visited Reykjavik in December a few years ago and it was 20 degrees warmer there than in Boston. It's easy enough to warm up in the Blue Lagoon, which deserves its world-renowned reputation.

One of my most surreal travel experiences took place in Iceland: I got to stand with one foot on the North American tectonic plate and the other on the European one. Fortunately, the experience is easy to replicate at Thingvellir national park, which is a spot on the popular Golden Circle tour. Game of Thrones fans might also appreciate the area, as much of the series was filmed in the park.

While "Europe" might not spring to top of mind when considering a winter holiday, we encourage you to take a closer look. You will find not only fewer tourists but also a plethora of opportunities to enjoy in the off-season. Even better, you'll save enough on the trip to be able to take advantage of sale season.

Related stories
Should you buy Marriott points with a 50% bonus?
5 secrets to getting a luxury cruise for less
Deal alert: Widespread Air Tahiti business class award space to French Polynesia
This no-annual-fee card earns 2% cash back on every purchase — and automatically applies your rewards
Featured image by Getty Images/iStockphoto