We Visited Hilton’s Innovation Lab. Here Are 7 Things We Learned About Modern Hotels 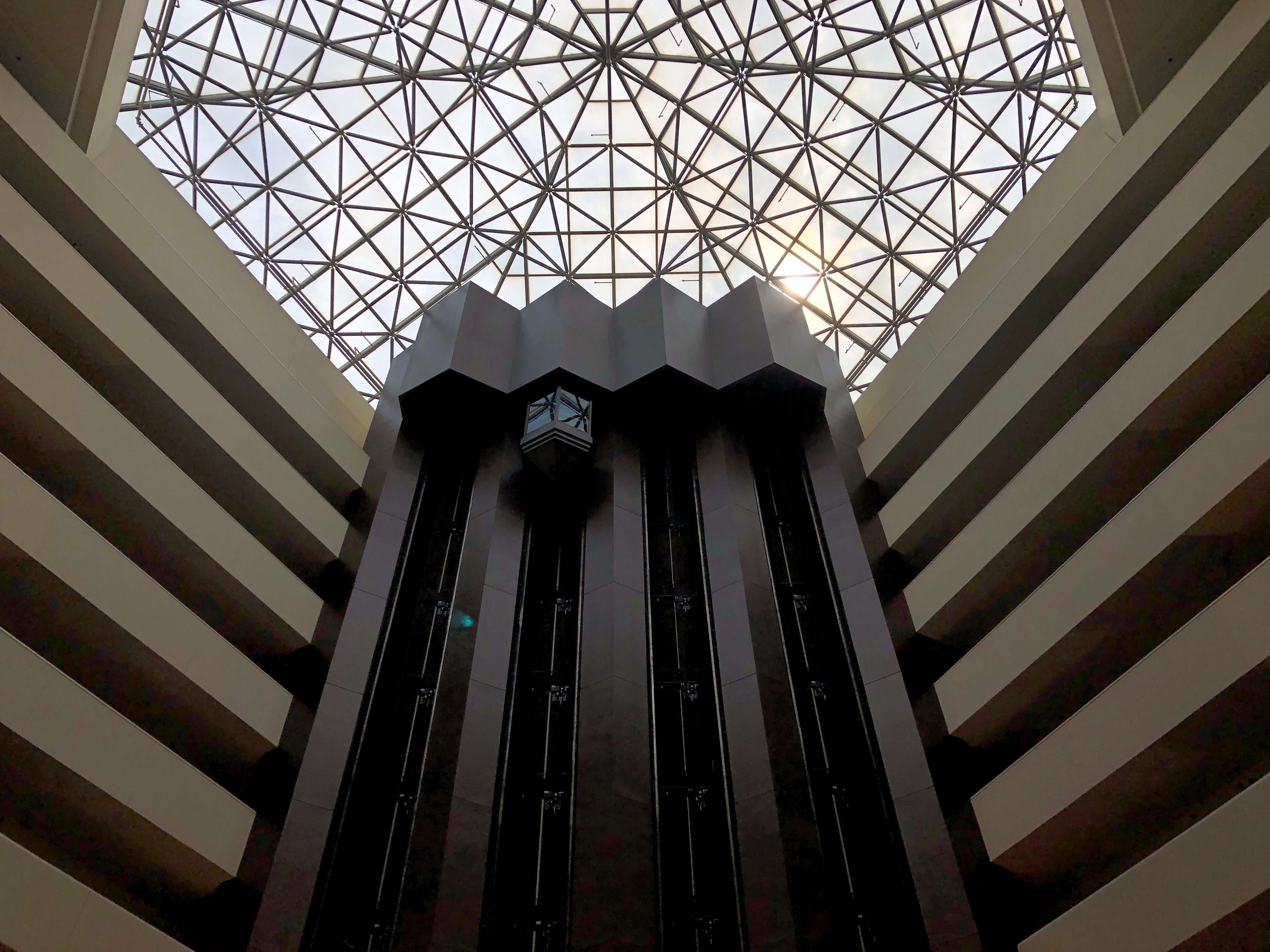 The Hilton McLean Tysons Corner in northern Virginia, on first impression, is your standard business hotel. A John Portman-inspired open atrium rises above a lobby filled with all the trappings of a modern hotel, from check-in desks to lounge chairs and a bar.

Tucked in a corner, however, is something different. The Hilton Innovation Gallery is an "incubator," as the company puts it, of products and services that may soon roll out to the hotel giant's brands. The two-year old space features everything from lobby enhancements to meeting-space ideas and guest-room improvements, and some of these ideas are already showing up in hotel rooms.

What's on tap? Here's a look at seven Hilton innovations that could improve your stay or meeting in the near future.

Every traveler, from road warriors to holiday-goers, knows it can be tough to keep up a fitness regime on the road. Not every hotel gym is as large and well-equipped as the one you'll find, for example, at the TWA Hotel. And often, running through nearby suburban office parks just does not light a fire under one's feet.

Five Feet To Fitness is Hilton's take on the growing array of in-room fitness options. Each Five Feet-equipped room has an indoor bike, gym rack with weights and mats, and other amenities, plus a kiosk loaded with more than 200 exercise tutorials to facilitate your next workout.

Hilton has five rooms with Five Feet To Fitness at its McLean location, as well as several at the Parc 55 in San Francisco, with more locations in the pipeline. Down the line, these rooms will be standard at all Doubletree locations.

Sustainability has been a buzzword for years, but it is increasingly a concern for travelers. Many large corporations have sustainability goals, and that includes Hilton. The company aims to more than halve its 2018 "carbon intensity" -- a metric including emissions -- by 2030. The company has already realized a 30% reduction from 2008 levels.

Beyond ample signage asking guests to reuse towels and sheets, Hilton is taking a number of steps to make properties more sustainable. The chain eliminated plastic straws in July, and is looking at other ways to reduce plastic waste, including replacing individual toiletry items in guest room bathrooms. Another concept more common at airports is eliminating free water bottles in rooms -- San Francisco's airport (SFO) went so far as to ban the sale of them in terminals -- and offering refill stations in public spaces.

On a larger scale, the chain is looking at solar and water recycling options for its various properties around the globe.

We live in a digital world, where travelers expect dynamic digital displays everywhere from the airport to our hotel rooms.

Hilton is taking digital to another level by making it the wall itself -- sort of. The chain has developed an LED light technology that mounts behind a veneer of anything from wood to brick or stone. The lights can show anything from a welcome sign for an event or party, be used for a presentation or as a platform for digital art.

Technology also is increasingly playing a role in hotel rooms. Guests can already select their preferred room in Hilton's app -- and yes, room upgrades are supposed to be processed the same in the app as at the front desk. In-room entertainment systems have been recalibrated to offer everything from network television to streaming platforms like Netflix.

Hilton is continually updating its guest technology offerings, from increasing in-app functionality to making further improvements to the entertainment system. One cool idea is allowing guests to load pictures that then display on the television, giving their hotel room more of a sense of home.

Gone is the staid hotel room of old with the standard set up of a bed, desk and chair. In its place is a much more modular set up that maximizes space while enabling easy conversion to a different array of amenities.

While modular furniture is not new, Hilton has several ideas in the works to expand the concept of "thoughtful design," as it puts it, to both guest rooms and meeting spaces. One idea that any parent of young children will appreciate it, is a guest room crib that folds into the wall to create an open play area. In meeting spaces, break-out desks for several people could fold into the wall to create individual workstations.

Hilton is also looking at expanding wireless charging technology to its dining spaces. Do not expect a charger on your table at dinner but they could be added to bars, where many a solitary business traveler has dined and wished they could charge their phone while nursing a beer.

Maybe wireless chargers on guest room bedside tables -- no more worries over a forgotten charger -- are next?

We have all had that sinking feeling at a conference when we step away from the proceedings only to find the coffee has run out. Hilton has a kiosk concept that it is refining to address such a dilemma.

The chain is developing a "grab and go" kitchen kiosk with snacks, cold drinks and -- most importantly -- unlimited coffee. While such a concept may not be ideal for the largest meetings, the kiosk could be installed in hotels near smaller breakout rooms, making it an easy option for events.