We got behind-the-scenes footage of the new Acela fleet

Articles
Samantha Rosen was one of the first 20 employees at TPG. She started as the site's first full-time social media editor and also served as its lifestyle editor.
Follow
Jan. 22, 2020
•
3 min read 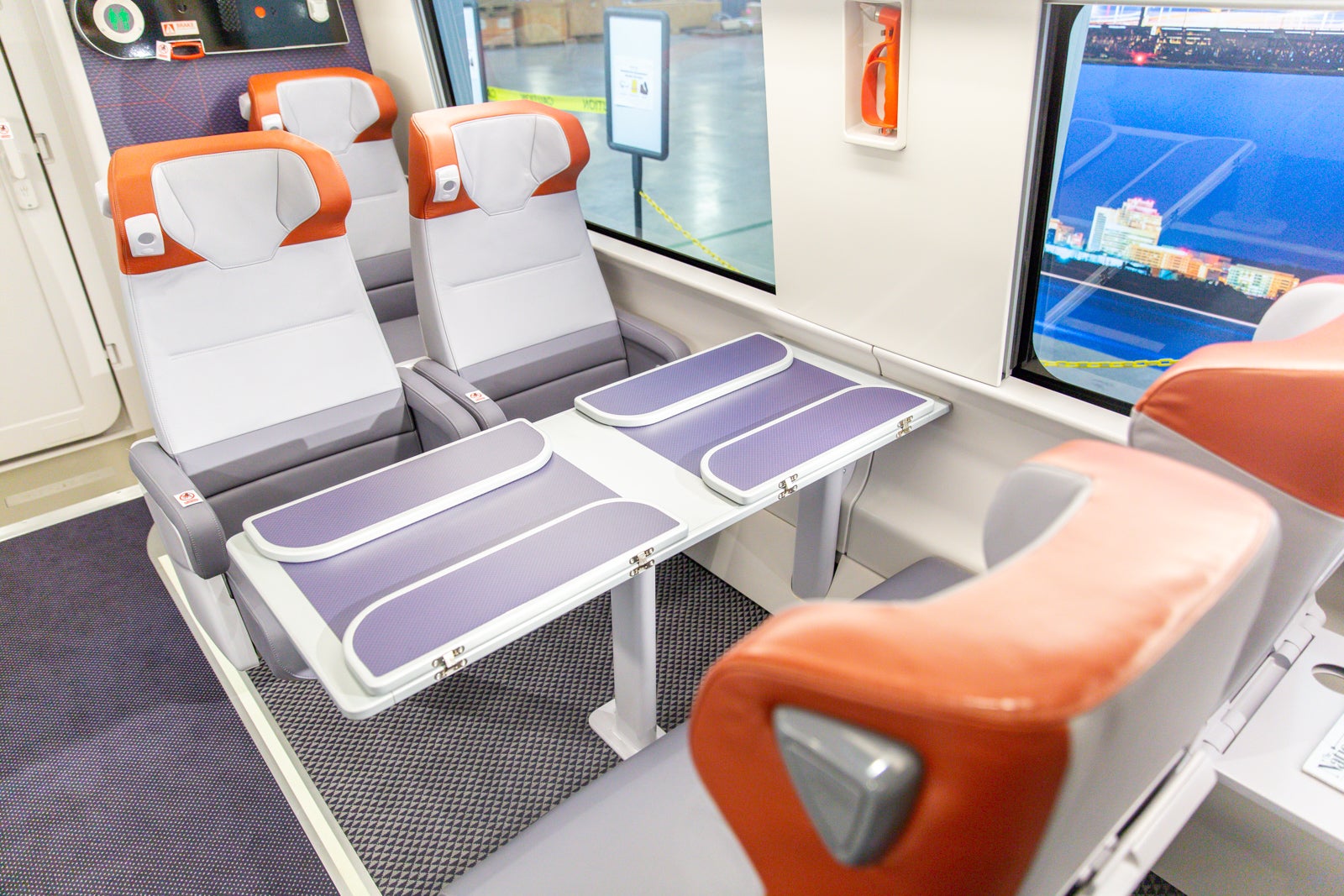 We got behind-the-scenes footage of the new Acela fleet
This post contains references to products from one or more of our advertisers. We may receive compensation when you click on links to those products. Terms apply to the offers listed on this page. For an explanation of our Advertising Policy, visit this page.

Amtrak's Acela interiors are getting a big upgrade come 2021, and we are counting down the days.

The current Acela trains launched in 2000, and it's the first time since then that they've been upgraded.

While Amtrak’s Acela fleet lags behind high-speed trains in Europe and Asia in terms of speed, these new trains will travel faster than the ones now on the tracks in the U.S. The new models will travel at 160 mph, 10 mph faster than current cars, and will use 20% less energy.

Because of a lack of infrastructure, Acela has to share limited rail tracks with freight and regional trains. The trains also have to go over a series of bridges, tunnels and curves that slow them down. Acela trains can’t reach the speeds of their foreign counterparts, but these new cars are built to actually go faster than the 160 mph they’ll initially travel. Amtrak engineers are working on ways they can reduce the impact of these obstacles in order to push the trains towards their top speed of 186 mph.

While trips are expected to get a bit shorter, Acela passengers can also look forward to a new and improved onboard hard product.

A new video shows off the trains in action at Alstom's facility in Hornell, New York. The first train, out of 28 different trainsets, will be on its way to Pueblo, Colorado in a few weeks for further testing. If you're already looking forward to the new Acela fleet, this footage is another behind-the-scenes look that we have a feeling you'll enjoy.

Amtrak has been making some significant plans as of late. Reports surfaced earlier this week that they're eyeing a new route from Atlanta to Nashville. In fact, if all goes according to plan, it will be Nashville's first Amtrak route.

The railroad service has plans to become profitable, and has been surging in popularity. Check out our complete guide to Amtrak routes.

Even if you take a handful of trips a year, do yourself a favor and make sure you’re getting the most bang for your buck out of your trips. Our handy guide on the best credit cards for train travel will have you racking up the points/miles before you can say “All aboard.” Our top picks are the Chase Sapphire Reserve (3x), Chase Sapphire Preferred Card (2x) and Capital One Venture Rewards Credit Card (2x miles).

No matter how often you ride the rails, don’t be one of the people who makes these 11 common mistakes when taking a cross-country Amtrak.

Featured image by (Photo by Brendan Dorsey / The Points Guy)
Editorial disclaimer: Opinions expressed here are the author’s alone, not those of any bank, credit card issuer, airline or hotel chain, and have not been reviewed, approved or otherwise endorsed by any of these entities.