Could a federal 'no-fly list' for unruly passengers actually happen?

Articles
David Slotnick is a senior aviation business reporter at TPG. He covers anything and everything to do with the business of running an airline.
Follow
February 15 2022
•
5 min read 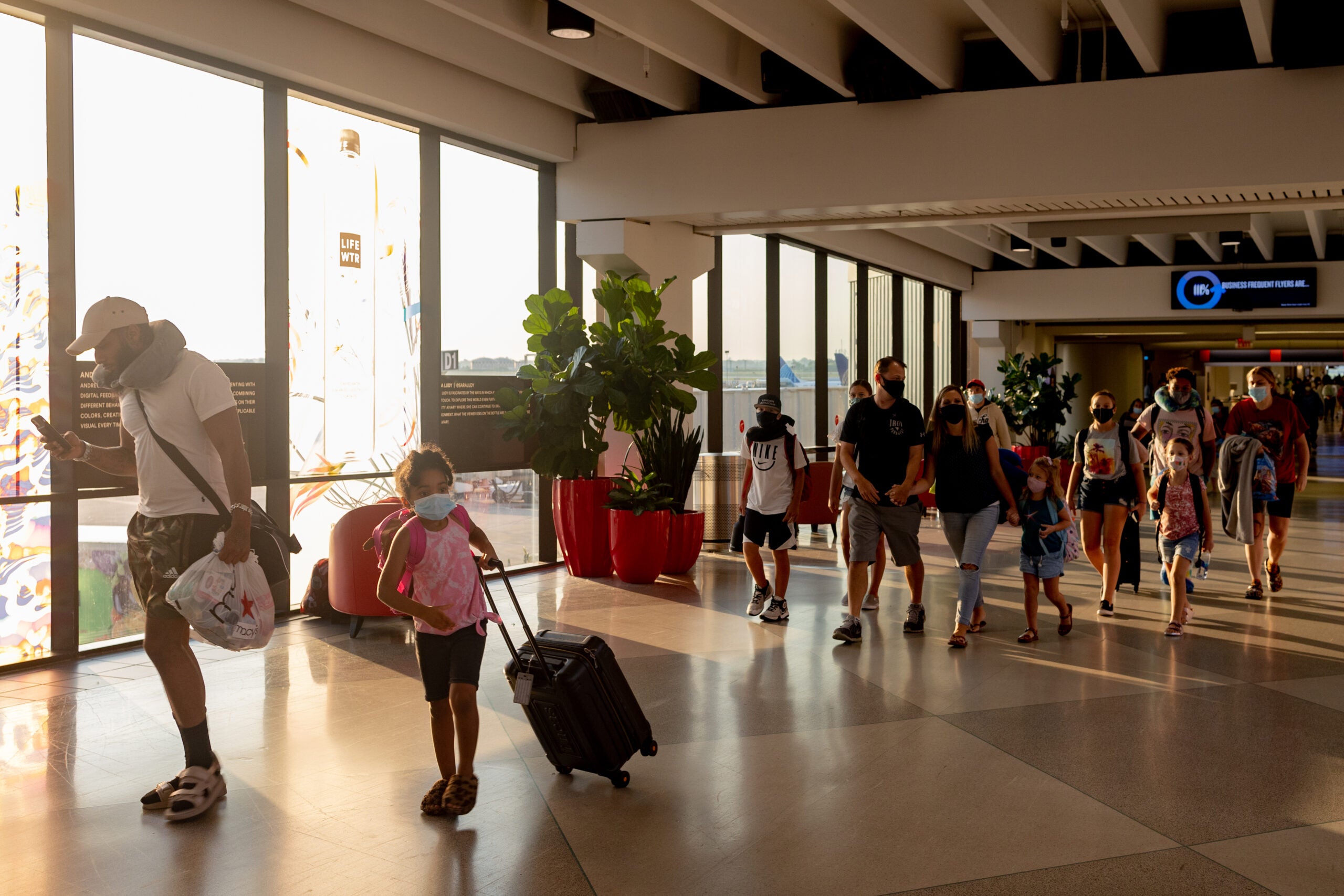 Unruly passengers are back in the news after a man allegedly tried to open an aircraft door during an American Airlines flight on Sunday, forcing the flight to divert. Coincidentally, the incident came just two days after the Washington Post published a preview of what a new federal no-fly list could look like.

Airlines have maintained their own private no-fly lists for more than a year, coming into effect as the FAA announced a new "zero tolerance" policy for disruptive behavior after a surge in incidents surrounding the Jan. 6, 2021, protests and attack on the U.S. Capitol.

While the agency has since fined passengers over a million dollars in total — with many more enforcement actions pending — the federal government has so far declined to universally block perpetrators from the skies. Airlines, similarly, have declined to share their no-fly lists with each other, despite calls from some labor groups to do so.

However, the tide may be turning.

In a letter to Attorney General Merrick Garland, Bastian said that a no-fly list, which would bar those convicted of the disruptions from flying, "will help prevent future incidents and serve as a strong symbol of the consequences of not complying with crew member instructions on commercial aircraft."

Reuters was the first to report on the letter, which has since been viewed by TPG.

In November, Garland directed the Department of Justice to prioritize criminal prosecutions related to unruly flyer incidents, further raising the stakes above the civil fines issued by the FAA.

While the overall number of incidents has been low — just 13 incidents per 10,000 flights at the height of the problem in mid-January to February of 2021, about 85% of flight attendants in a recent survey said they had encountered disruptive passenger behavior on flights in 2021, and nearly 1 in 5 said they had either witnessed or been subject to violence.

According to the FAA, as of Feb. 8 there have been 394 reports of unruly passengers in 2022, of which 255 incidents were related to the mask mandate. The agency has opened 93 investigations and 40 enforcement cases.

Related: Air rage crisis: Congress gets an earful on unruly flyer incidents aboard US flights

In the letter, Bastian said that Delta had put more than 1,900 people on its internal no-fly list for various incidents involving confrontations with flight crews, including refusing to follow the federal mask mandate. The airline has also referred 900 passengers to the FAA for possible civil fines.

The FBI already maintains a no-fly list as a subset of the Terrorist Screening Database, but typically that list is only used for those deemed to credibly "present a threat to civil aviation or national security," as the Post reported.

Delta was not immediately clear in the letter on what legal mechanism could be used for a similar list for unruly passengers, including whether it would live as a subsection of the FBI's current terrorism list.

However, the airline suggested that it believed the legal ability was there, stating in Bastian's letter that "we have two former Justice Department prosecutors on our legal team who ensure our cooperation with federal prosecutors when Delta people are involved."

Transportation Secretary Pete Buttigieg told CNN in October that a no-fly list for disruptive passengers "should be on the table," but noted in an interview with Yahoo Finance last week that it would be "complex" for the government to impose restrictions, rather than individual airlines.

"We should continue to look at what we can do at a policy level knowing that there’s a lot of complexity when you try to do that in a way that cuts across airlines and is developed by the government," Buttigieg said.

In an interview last week with CNN, Buttigieg reiterated the difficulty that might come with a federally maintained list.

"Obviously, there are enormous implications in terms of civil liberties, in terms of how you administer something like that. I mean even when it was over terrorism, it was not a simple thing to set up."

Related: Reminder: You can’t drink your own booze on an airplane

It remains to be seen whether the government decides the problem is worth the difficulties of addressing, or whether airlines continue to use their own internal lists, and possibly begin to share lists with each other.

Still, according to a new report by Bloomberg, talks between the airlines and government stakeholders are increasing in intensity.

The biggest hurdle so far has been determining consistent standards to merit inclusion on the list, Bloomberg reported.

There's also perhaps the thorniest question: Does the punishment fit the crime? Would a potentially lifelong ban on flying on commercial airlines be justified?

That's a question that the airline industry — and perhaps the federal government — may be ready to tackle.

Related stories
First, Club Suite and the rest: Flying the British Airways 777 in all 4 cabins
10 best hotels to see the northern lights
You won’t want to miss New York City’s newest immersive art space
New welcome offers: Earn up to 150,000 points on these Marriott Bonvoy credit cards
Featured photo by Bloomberg via Getty Images
Editorial disclaimer: Opinions expressed here are the author’s alone, not those of any bank, credit card issuer, airline or hotel chain, and have not been reviewed, approved or otherwise endorsed by any of these entities.