Don't be a jerk on a flight; there are no more second chances this summer

Articles
David Slotnick is a senior aviation business reporter at TPG. He covers anything and everything to do with the business of running an airline.
Follow
May 27, 2021
•
6 min read 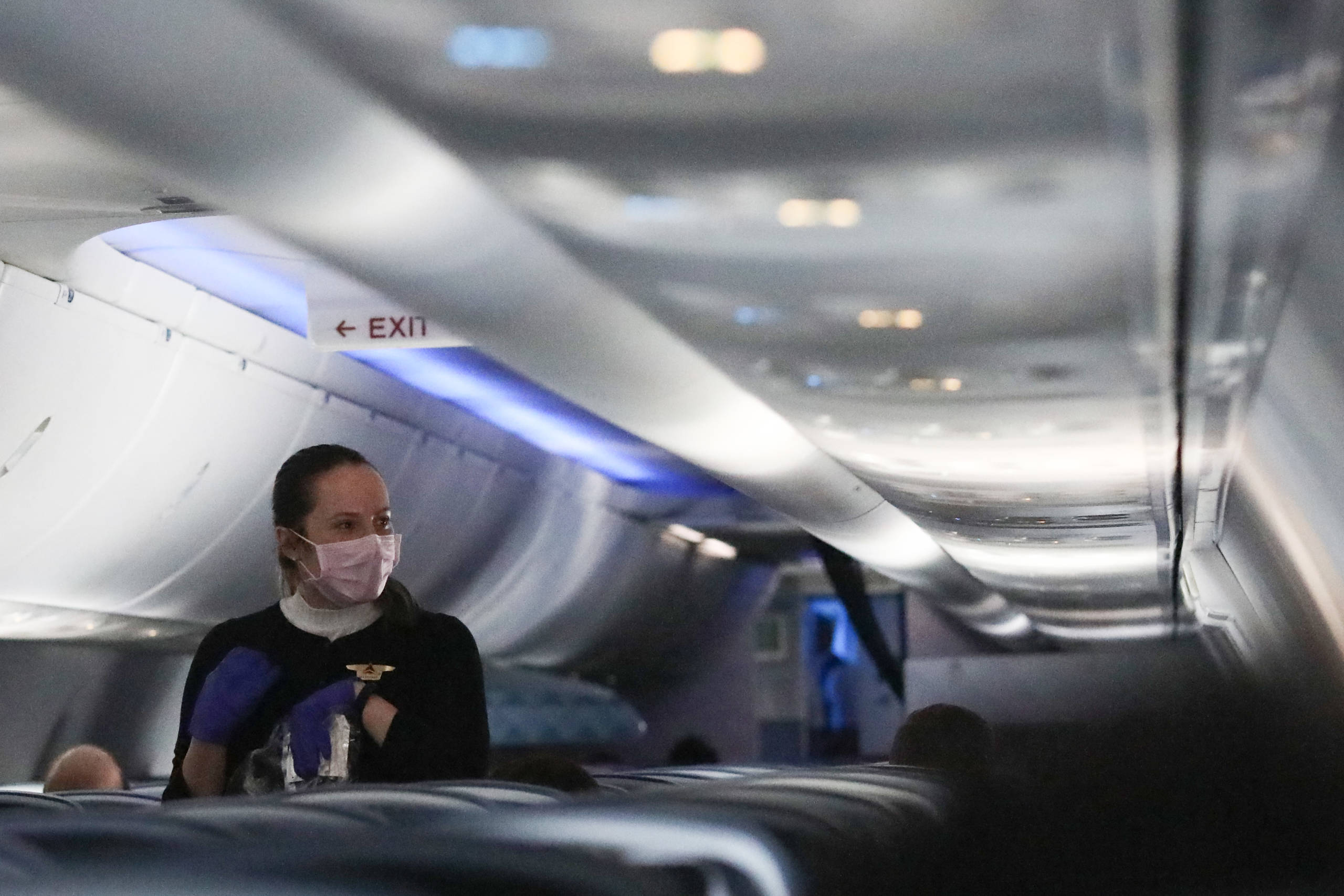 Don't be a jerk on a flight; there are no more second chances this summer
This post contains references to products from one or more of our advertisers. We may receive compensation when you click on links to those products. Terms apply to the offers listed on this page. For an explanation of our Advertising Policy, visit this page.

An unruly passenger assaulted a flight attendant during a Southwest flight over the weekend, knocking out two of her teeth and leaving her face bloodied, requiring a trip to the hospital when the plane landed.

The horrifying incident, first reported by USA Today, was the latest in a long, bizarre string of disruptive incidents aboard commercial flights in the U.S., but among the most brazen and violent in public view.

More than 2,500 incidents have been reported by airlines to the Federal Aviation Administration since Jan. 1, the agency told TPG. As of press time, 395 of those cases had been flagged as potential legal violations worthy of fines or other enforcement, with enforcement action taken against 30 of the alleged perpetrators so far. On a nearly bi-weekly basis, the FAA has announced new rounds of fines against passengers involved with these incidents, with the highest so far going up to $52,500.

Part of the perceived increase is simply an increase in reporting. The FAA implemented a zero-tolerance policy in January, following numerous disruptive and sometimes violent incidents aboard flights surrounding the Jan. 6 attack on the U.S. Capitol building.

But it's more than just an increased spotlight, industry insiders tell TPG.

"Today’s traveling environment requires a new level of firmness in both tone and direction to ensure proper control in the cabin of our aircraft as the attitudes and behaviors of the flying public have, unfortunately, declined," said Lyn Montgomery, president of TWU Local 556, which represents Southwest flight attendants, in a letter to CEO Gary Kelly.

While that certainly plays a role, and unruly passenger incidents have been underreported for years, a confluence of factors has come together to lead to an increase in confrontations between passengers and flight attendants trying to enforce the rules — both pandemic-era ones and old familiar regulations.

"We've never before seen aggression and violence on our planes like we have in the past five months," said Sara Nelson, president of the Association of Flight Attendants. "Already, reports of these incidents in less than five months are more than 20 times the amount in a typical year. But these are just the incidents reported."

There are a few different causes, sources say, which come together to create a "perfect storm."

"There are many factors that we believe are influencing passengers' increased unruliness, including the pandemic, the lockdown, the debate over masks, and more," said Montgomery.

The ongoing politicization of masks is a major part of it, flight attendants say.

"Masks were politicized and violence was stoked," Nelson said. "We are bearing the brunt of this every day at work, including serious injury. It's dangerous, unacceptable, and it's got to stop."

The FAA confirmed that passengers refusing to wear masks are a big part of the problem: of the 2,500 unruly passenger behavior reports the FAA has received, 1,900 have involved travelers refusing to abide by the federal mask mandate, the FAA says.

But even when politics aren't involved, simply adding another enforcement interaction between passengers and flight attendants is enough to heighten tensions — just as would have been the case if a now-commonplace rule, like raising seat backs and tray tables for takeoff and landing, were introduced today.

This is made even more complicated by the ongoing TSA requirement for travelers to wear masks on airplanes and in airports, despite the latest CDC guidance, which says vaccinated people can safely remove their masks.

"You have no idea how many people on a flight-by-flight basis, I'll have to tell 'hey, it's still the law, I get it, but on this plane, you have to keep it on,'" one flight attendant, who declined to be named because they’re not authorized to speak on behalf of the company, told TPG. "Honestly it's kind of ridiculous."

Beyond any political tensions, there's also the vibe of much of today's air travel, sources said.

People are traveling for the first time in more than a year. Some are emerging and being around other people for the first time since the pandemic started. With that comes a "let loose" attitude, said flight attendant sources, including union officials. People who may be less familiar with the rules are heading on vacation ready to party — and in some cases, starting that party a bit early at the airport or onboard.

This is evidenced, one such source said, by the proportion of FAA fines that were for cases involving alcohol — in many cases, alcohol that passengers brought onboard themselves before drinking, which is illegal.

Finally, there are simply heightened tensions as passengers begin to fly again. People have fallen out of their in-flight routines, and feel thrown off by service changes, new requirements, and possibly being around other passengers who have a different level of pandemic-era comfort than they do.

Those tensions have led to confrontations that otherwise may have naturally deescalated, sources said. For instance, the incident that led to the assault of the Southwest flight attendant over the weekend stemmed from "general noncompliance" around things like tray table positioning and wearing a seatbelt, a representative for Southwest said, rather than masks or alcohol.

It ultimately remains to be seen whether the situation resolves itself and quiets down as passengers get used to traveling again, or whether new intervention is required, such as continued zero-tolerance FAA enforcement, new no-fly lists, or even increased staffing of Federal Air Marshalls — all things Montgomery called for in her letter to Kelly.

"But if the pandemic has taught us anything, it's that we need each other," she told TPG. "Our hope is that people will come together and rally behind the flight attendants whose main focus is passenger safety."

"Listen up and do your part," she said. "We're truly all in this together."