Why United’s elite status extension leaves me shaking my head 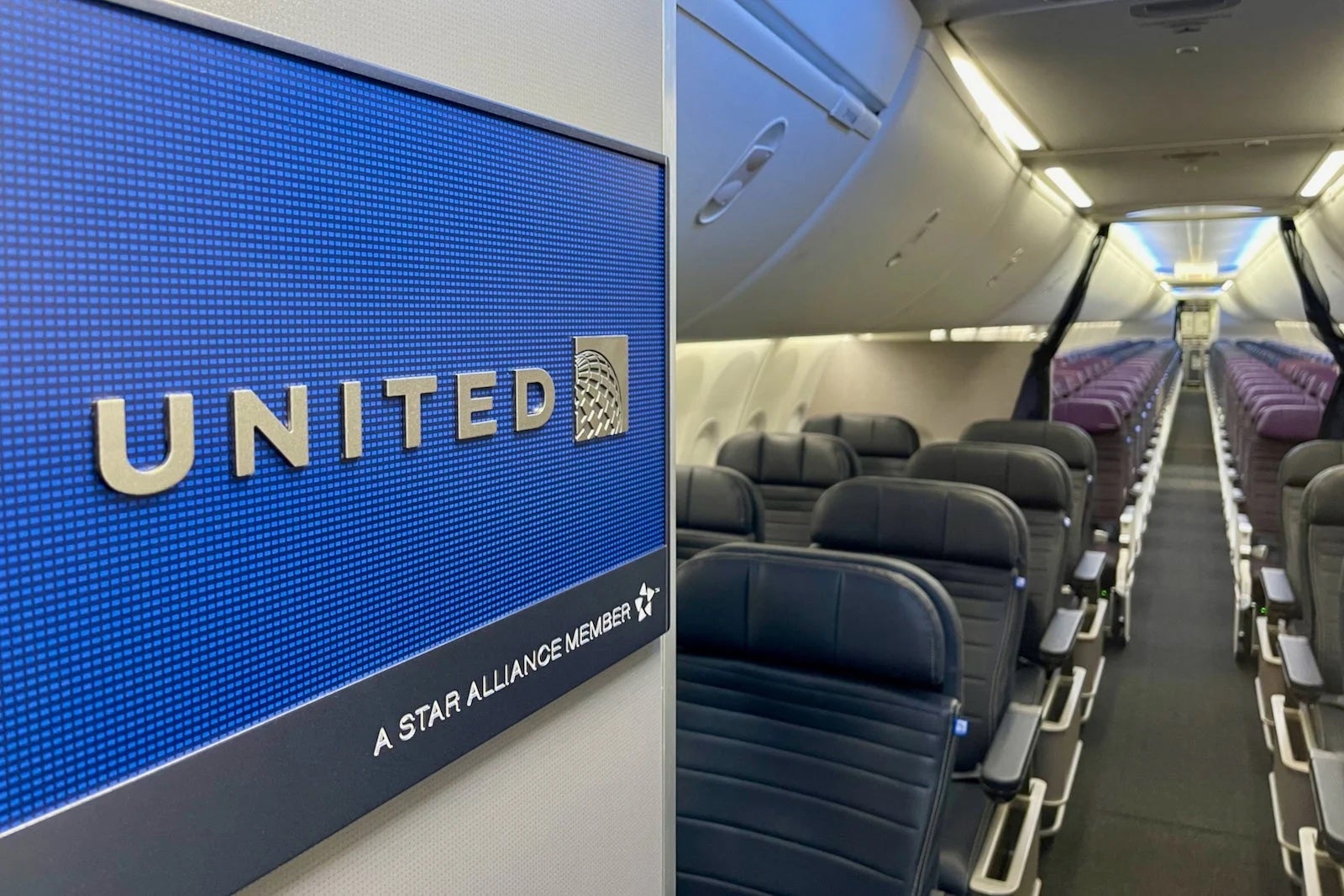 In case you missed it, United quietly extended Premier elite status for many of its frequent flyers this weekend.

Officially, the airline said that only those impacted by closed borders, international travel restrictions and company travel constraints received another year of status, through January 2023. But the vague terms left everyone wondering who exactly was selected and why.

If you're wondering about your own status, you can check your MileagePlus account on the United website or mobile app to see whether you were one of the impacted customers with extended status expiration dates.

While this move is undoubtedly great news for those who did not fly or spend enough this year to achieve or retain status for next, it stings for nearly everyone else, including many of the airline's most loyal customers. Here’s why.

Everyone faced reduced travel this year

Perhaps the biggest losers are those who didn’t receive the 11th-hour extensions. Though the airline didn’t publish the details for how it determined who got to retain their status, the focus was seemingly on flyers who have historically been among United's most lucrative customers — whether it was through corporate arrangements that favored the airline, or those who tended to fly on expensive long-haul routes.

Everyone else apparently still needs to qualify the “hard way.”

Sure, the Chicago-based airline moved the goalposts closer (i.e. reduced qualification thresholds) and shortened the playing field (i.e. added multiple quarterly promotions) this year so that it was easier for everyone to hit those status rungs. But now, the airline is applying extensions selectively to customers who it deems to be most impacted by pandemic-related travel curtailments.

As for everyone else — who also faced reduced travel this year — United is sticking with the lowered thresholds and quarterly promotions that it announced earlier this year. If you can’t close the gap by Dec. 31, then you’re out of luck on requalifying.

By contrast, American and Delta are both going about 2022 status a bit differently — and much more fairly.

American isn’t extending status, but it has lowered thresholds, added promotions and extended the qualifying period into the first two months of 2022. There’s no “special treatment” for those whom the airline feels are most impacted by the pandemic.

Meanwhile, Delta extended status for all its members way back in July so that its frequent flyers had plenty of time to plan whether they needed to focus whatever flying they did have planned with the airline, or if they could relax about their elite strategy. Plus, unlike United, no opaquely subjective conditions were used to determine who received an extension. The policy was applied uniformly to all SkyMiles members.

No extra benefits for requalifying

Another group likely (and justifiably) frustrated with United’s move are those who actually requalified for the higher tiers of status this year through flying and spending. If they had known about this extension months ago, many likely would not have spent the extra time and dollars on flights.

As part of the news, United is granting all Premier Platinum members and above a six-month extension on expiring PlusPoints (United’s upgrade currency). All PlusPoints slated to expire any time before July 31, 2022, have now been extended to July 31, 2022.

Instead of receiving a surprise gifted extension, those who hit the reduced status thresholds this year will receive an additional six-month extension on PlusPoints, until Jan. 31, 2023.

But as far as we know -- that’s it. Those who went out of their way to fly United this year won’t receive any other additional benefits, such as extra PlusPoints to put toward confirmed upgrades.

This stands in stark contrast to Delta, which is rewarding Medallion elite flyers who actually requalified for status this year with upgrade priority over those whose status was simply extended.

If United wants to keep its most loyal flyers happy, it ought to do something similar. After all, with tons of PlusPoints in circulation, getting an upgrade next year is going to be harder than ever.

The MileagePlus team in Willis Tower should be thinking about ways to reward those who "put in the work" this year.

Some options include tweaking the upgrade priority, giving top-tier members additional PlusPoints or rolling over some elite progress to jump-start next year's status.

Perhaps the easiest move would be to copy Delta and give upgrade priority to those who qualified the "hard way."

Another option would be to grant additional PlusPoints to members who requalified, which would help them confirm upgrades on long-haul flights. While finding upgrade space in advance can be challenging, United offers a "Skip Waitlist" option on some of its international routes that allow you to book a coach ticket and confirm a bump to Polaris business class — for an additional surcharge of PlusPoints.

The MileagePlus team could also consider giving elites who requalified this year a boost toward next year's status. Other options include gifting a pack of Polaris Lounge day passes, complimentary onboard Wi-Fi subscription or even bonus miles. Really, given what United has to work with, the options are almost endless.

If the program went that path, Premiers won't feel like they went out of the way to fly United without receiving additional benefits over those who received an automatic extension.

Processing the status extensions on Dec. 4 with no advanced notice — just under four weeks until the end of the year — is like changing the rules of the game in the bottom of the ninth inning.

Right now, it looks like United waited until the last minute to offer extensions in the hopes that travelers would take to the skies, as opposed to letting members enjoy the extension and then possibly fly a competitor or remain grounded if faced with the choice.

While I understand the airline’s rationale, travelers who went out of their way to plan additional flights with United and its partners likely aren’t happy.

Even here on TPG's staff, we have multiple travelers that have been consciously spending extra time and money on United planes in pursuit of rounding out status.

San Francisco-based TPG reader Jean-Francois Roy called the move "infuriating" and a "slap in the face," saying that United should "just extend for everyone or for nobody." Roy didn't receive an extension from United and needed to take "a bunch of personal trips" to requalify for Premier 1K status this year. "Everyone faced reduced travels and restrictions," he said.

Another TPG reader, Cindy Henley, told TPG that her Platinum status was extended, but she's still "mildly annoyed" because she would've requalified "the hard way." "Hoping United makes some sort of acknowledgment to the people who went to the effort to qualify," she wrote.

In the midst of the pandemic, loyal customers changed their behavior for the airline (spending both extra time and money), only to get the short end of the stick when others got a free pass to status through 2022. With no incremental benefits coming to those who requalified by spending cash and flying, the timing stings even more.

Sure, it’s great for those who received a surprise extension, but many other loyal customers lose out. What's more, those who went out of their way to requalify aren’t rewarded with any benefits, other than a second six-month extension for PlusPoints.

This extension is a slap in the face to those who gave their loyalty to United this year. Had those flyers chosen Delta instead, they’d receive a better upgrade priority for the entire year ahead.

And if they chose American instead, they wouldn't need to worry about select elites flooding the ranks with free passes to status. This year, every AAdvantage member played on the same field.

United can still do better for those who earned status by flying and spending to the prescribed thresholds. Whether that means prioritizing upgrades, granting additional PlusPoints or providing a rollover jump start to next year's status, the airline is at risk of alienating its most loyal flyers who spent additional time and money during a challenging year to fly United.

After all, loyalty is a two-way street. And right now, those who ran the hardest down the street for United this year aren't the ones who'll finish in first place.

Related stories
What are points and miles worth? TPG’s December 2022 monthly valuations
Capital One Venture X to lose Priority Pass restaurants and spa services as of Jan. 1, 2023
December 2022
Current Hyatt promotions: Bonus points on stays and dining plus double stay credits
Featured image by United will brand the first-class cabin on its 737 MAX 8 as United Premium Plus for its new flight to Ponta Delgada. (Photo by Zach Griff/The Points Guy)
Editorial disclaimer: Opinions expressed here are the author’s alone, not those of any bank, credit card issuer, airline or hotel chain, and have not been reviewed, approved or otherwise endorsed by any of these entities.