Articles
Max Prosperi is a part-time frequent flyer and travel writer and full-time student. Based in St. Louis, Missouri, Max covers a variety of topics with a focus on points, miles, and aviation.
Follow
Feb. 09, 2019
•
4 min read 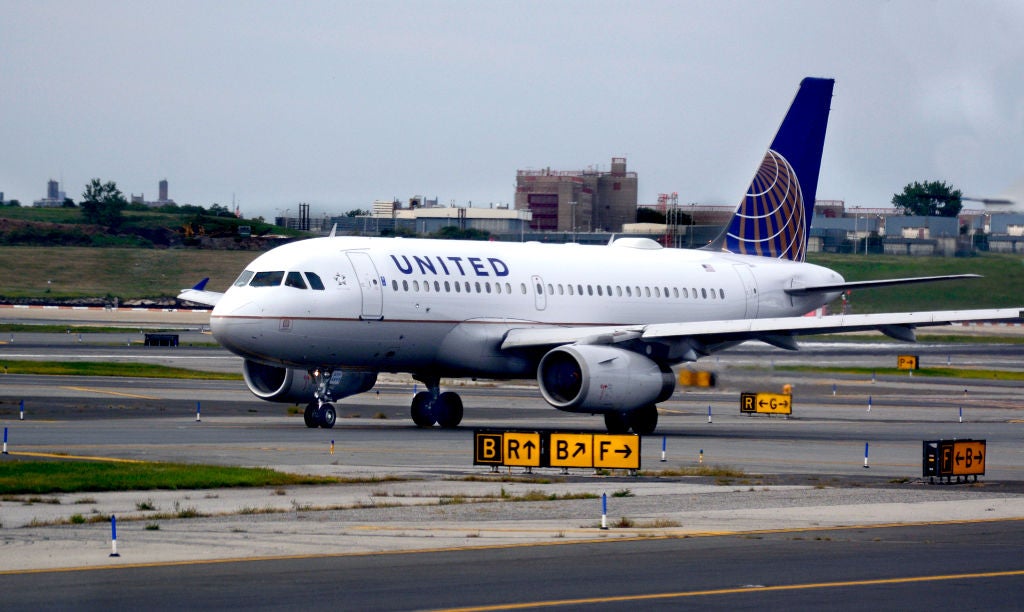 United and Expedia Closer to Possibly Resolving Months-Long Feud
This post contains references to products from one or more of our advertisers. We may receive compensation when you click on links to those products. Terms apply to the offers listed on this page. For an explanation of our Advertising Policy, visit this page.

United Airlines and Expedia got closer to possibly resolving their dispute on Friday, after United had threatened to remove its fares from the popular online travel agency on Monday amidst an on-going dispute with Expedia Group, according to Skift. United's original decision to pull fares from Expedia stemmed from a lawsuit filed by the travel agency. However, as of Friday, the airline has reversed its decision to remove its fares from Expedia while the two entities work towards mutually agreeable terms.

"Expedia and United agreed to a schedule for litigation to play out over next few weeks and during this time, United fares will remain available on Expedia sites," a United spokesperson told TPG in an email.

The exact nature of the ongoing dispute between United and Expedia is not known. However, both parties have confirmed that the dispute is related to contract negotiations. United's contract with Expedia is set to expire on September 30.

"For months, Expedia has refused to engage in constructive discussions with United about a new contract", United said in a statement. Expedia, however, alleges that United is trying to renegotiate its contract by trying “to leverage its power in the air travel market as one of the four largest airlines in the United States to pressure Expedia.” This dispute initially prompted United to threaten to remove its fares from Expedia's site.

Both United and Expedia confirmed Friday afternoon that a short-term agreement had been reached allowing United to continue to offer its fares through Expedia. United was set to remove its fares from the site on Monday. Expedia said in a statement that United's fares will remain on the travel agency's website for now.

However, in the event that the two companies fail to reach an agreement prior to the September 30 deadline, United has confirmed that it will no longer offer its fares through Expedia. Additionally, United has confirmed that it would not be able to provide support to passengers who booked tickets through Expedia for travel after September 30 should the two parties fail to reach an agreement.

United's official statement issued Friday states that the airline "expects that [its] fares will not be listed on Expedia sites in the U.S. and Canada effective Oct. 1." United went on to say that it remains "concerned about the negative impact on customers who book tickets via Expedia for travel after Sept. 30 since Expedia will not be able to service customers traveling after the expiration date."

While the deadline for a new contract is months away, more than 2,000 United Airlines fares have been booked for travel after Oct. 1 through Expedia, according to United. The airline noted that "with each passing day, more United customers are buying tickets for travel after the expiration date."

Though United and Expedia will continue to honor the current contract that's set to expire on September 30, allowing United's fares to be booked via Expedia, flights booked after Sept. 30 will not be supported by United. This means that should the two parties fail to reach an agreement, United fares booked through Expedia after Sept. 30 would not be eligible for basic itinerary changes.

The Sept. 30 deadline also applies to the Chase Ultimate Rewards travel portal, which is powered by Expedia. If an agreement is not reached, United's fares will no longer be available through the Chase URs travel portal. Additionally, fares booked for travel after Sept. 30 would not be supported by United.

For now, United's fares are available on Expedia and Expedia's partner sites. "We look forward to a successful outcome and until a decision is made, we are happy to continue to offer customers our wide range of publicly available airfares and flight options they’ve come to expect from our leading portfolio of travel brands," Expedia said in a statement.

It is unclear if the two parties will reach a new agreement before the current contract expires. Booking United Airlines fares through Expedia for travel after September 30 should be done at your own risk. Though travelers will still be able to take flights following the Sept. 30 deadline, United and Expedia have stated that neither party can guarantee the ability to support United's fares booked through Expedia.

This story has been updated to show that Expedia and United have agreed to a schedule for litigation, not to a tentative deal resolving their dispute.